This is MY review and a few friends!

So I have played this game for a couple years now with a break of 8 months between it because of some updates who got me from MGE back to the silvers..

So now I am back at it again and I am kinda in love again. Yes I also think they should change the VAC and Cooldown system, because it is pretty ♥♥♥♥ atm. But if you just play the game like you should play it, it is a pretty good game.

Before my pause I spend a ♥♥♥♥ load of money on skins, i had a ♥♥♥♥ load, I sold them all and at this point I only use the skins I get dropt in game or didnt sold.

So the latest update ( adding wingman and scoutgame) I think thats pretty good. Only thing is they should change the wingman stuff. Because I played a couple times against people who are Global on competive so that is nog fair yet. Also the cooldown system should be sepperate.

but the game is good. 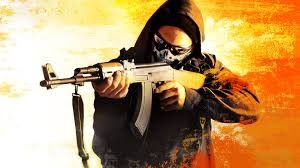 Used to be one of the best FPS games out there. At this point the game is so broken and badly maintained. Dev's don't listen to the players and just do things to the game nobody wanted.

What players asked: New missions and 128-tick servers. What do we get? We get some nice updates of never wanted gloves with free game breaking addons. Oh how about we give you a nice new sound system nobody wanted just because we can.

Let's talk about the VAC system (Valve Anti Cheat):
Probally one of the worst working anti cheat systems out there. People can go spinbotting / wallhacking ingame without insta triggering red flags, no they just get a some people in overwatch after 10 reports looking at it. Instead of building a better VAC system to help keep the game fun and fair, they give us gloves and game breaking addons.
But I guess if they made the VAC system better half of the pro's out there get insta banned and then it's bye bye CS:GO.

Soon 1.000 hours for me, never had a higher then 0.03€ skin drop, a friend of mine played, gets a 250€ M4A1-S drop with his first deathmatch... It's random but maybe recode it so things like this don't happen because it absolut BS.

But after all, I enjoy the game even tho 1/3 games gives a hacker and 1/2 games give a high chance of dropping you in a game full of russians.

VALVE, fix your game like the PEOPLE want it:
- 128-tick servers
- Better VAC system, even tho half the pro's gets banned
- Fix bugs in the game / maps instead of adding gloves just to get more money
- Different servers for RU / EU with no way to mix those together
- Fix those damn hitboxes
- Add that's it recommended to have a microphone and have some basic English knowledge.

Game: 8/10 Good game in general, could use some better hitboxes
Maps: 7/10 Some maps just have so low FPS for people it's unplayable
Dev's: 5/10 Give a lot broken updates but fixes them more or less within 2 weeks
Servers: 6/10 Some Valve servers are laggy and they should be split between RU / EU / Asia / US

Would I buy it again?: To play a broken game with russians? Hell yeah! 10/10 would buy again. 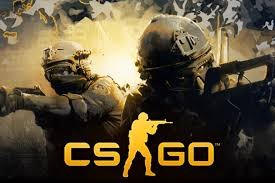 100 Speel
It doesn't matter how good you are any more, you will be judged solely on the market value of your inventory.

You should have one of your several Karambit knives equipped at all times and inspect it in game whenever possible to ensure that anybody who is spectating you is aware that you are aware you're being watched and you are absolutely showing off that extremely pricey knife you own.

Your stats are irrelevant now, most people aren't even aware that the 'Tab' key actually has a function in game. It doesn't matter if you don't know what 'eco' means. Fu­ck team work. You have a 'BOOM' AWP in your inventory, as long as you have $4750 cash in game you're buying an AWP.

You will mock anyone who decided to give their Nova the 'Walnut' skin. Same goes for people who give their FAMAS the 'Doomkitty' skin. You will only equip 'StatTrak' weapons and the first thing you do when you acquire one is go on an idle server and get several hundred kills on AFK players in order to pad the stats so you don't look like a total n00b.

Whenever a new case is released you will buy as many cases and keys as it takes in order to acquire 'an Exceedingly Rare Special Item!' Disregard the fact that you will end up spending three times as much as you otherwise would've by buying this directly from the market, it's only your parents' money after all. Besides, your birthday is next month and Christmas/Easter/[insert public holiday here] is just around the corner so you won't have to wait too long before you can blow more of their money on digital goods.

You now have all the knowledge required to start playing CS:GO. Go forth and procure many skins of great value.
628 0 Facebook (Deel)
5.0 (1)