How to Play League of Legends for beginners

When I talk about League of Legends with friends of mine, a lot of them know the game but they didn't play it because they didn't understand the game so that's what I'm gonna tell you.

The goal of League of Legends is to be the first team to destroy the big round building(nexus) in the enemy team's base. To do this you need to destroy towers in the lanes(top, mid and bot), after that the inhibitor in that lane and then the tower(s) in the base. After that you can destroy the nexus and you win. This sounds really easy but there is more to it then you think. So now I'll describe all the other things you need to do in the game for short.

First your team splits up and go to a lane. The standard for this is 1 top, 1 jungle(explained later), 1 mid and 2 bot. Top is most of the time a tank or fighter(character with high defense and low to middle damage), jungle is a bit from everything, mid are mages(high ability damage) and assassins(high damage) and bot are the adc(ranged high damage) and the supports(healers so mages or tanks with a stun or slow for example). In the lane you want to kill the little mosters called minions for gold and exp. You also wanna try to destroy the enemy towers and kill the enemy if possible. You can do this by using your ability's for example(q,w,e,r). After a while, mostly around 20 minutes the teamfights will start. You group up and fight 5v5(most lol games have 5 players on each team) and you try to kill the towers in a lane to eventually destroy the nexus. Meanwhile you can also kill other objectives like Baron, Dragon(fire, water, air, earth and elder) and the Rift Herald for a powerup you get for a short amount of minutes which can really turn the game around in your team's favour. Door dit spel te spelen kun jij ontvangen: 100 Speel
Now lets talk about the jungler. This is a special role in League of Legends. He gets gold and experience by killing the monsters in the jungle which is the area between the lanes. Meanwhile his most important job is to help other lanes kill the enemy players by ganking(going to the lane and show up behind the enemy). This does not mean you need to gank the lanes that are doing not that good. Sometimes it's better to gank a lane that's going well to make sure that the player from your team in this lane can help you win the game and keep down the strong enemy from the other lane. But ofcourse it's for the jungler to decide which lane he's gonna gank. That's not to decide by the other players. They can ask the jungler for help of course but if they are gonna command the jungler then this jungler should just do what he thinks is best and not listen to that other player who's commanding him. It's also for the player to decide when you go for the objectives Dragon, Baron and Rift Herald. 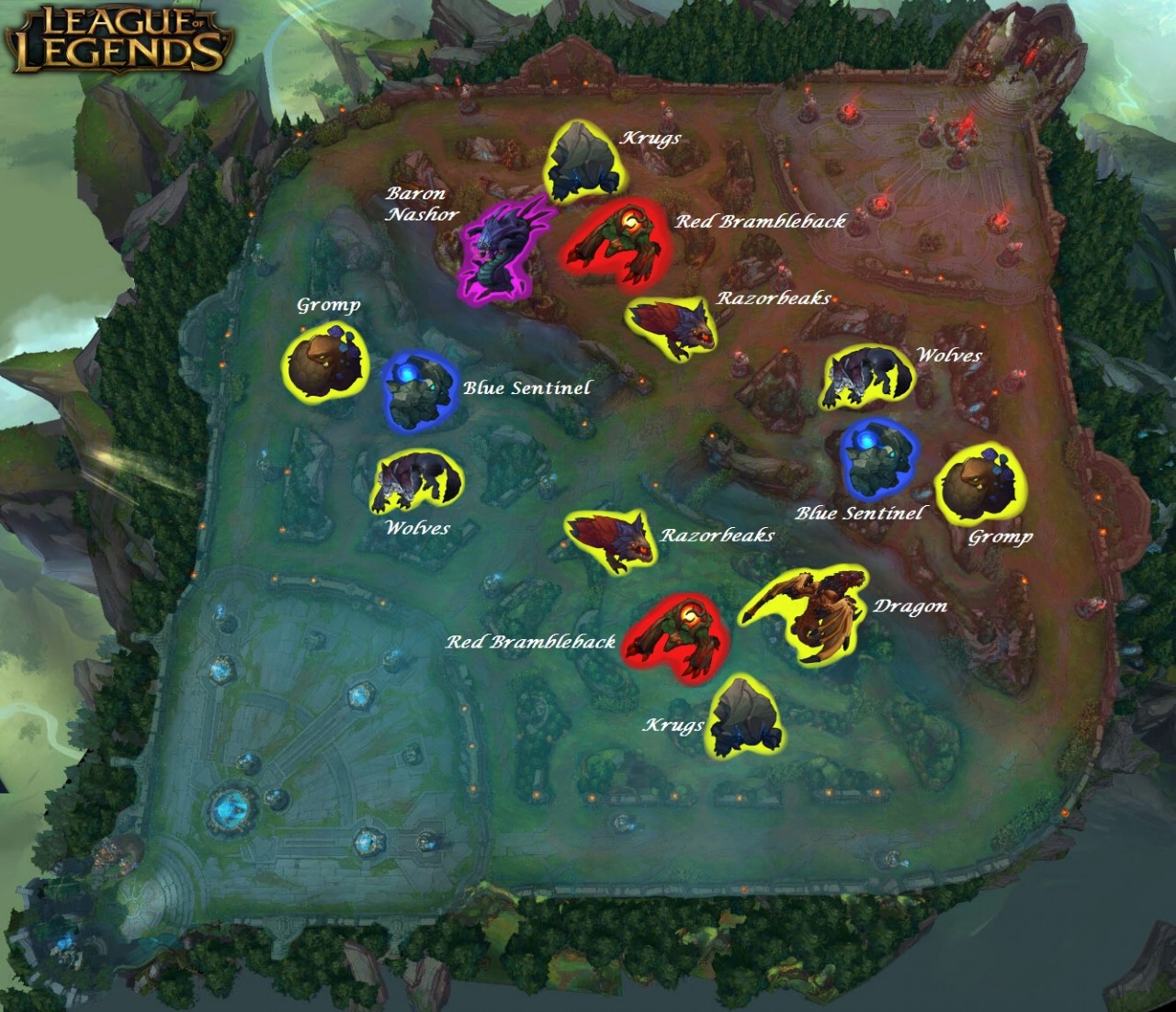 100 Speel
The last this I'm gonna talk about are the masteries, runes and summoner spells.

Masteries and runes are used to give your character some boost. For example more damage or more defence, You can use more masteries and runes while you level up your account and u can use the max when you're at level 30. You need to buy runes with the ingame currency you get from playing games.

Summoner spells are spells that give you an extra ablity. You can select 2 to use in a game. You have about 12 of them and you'll have all of the around level 10-12 of your account. Some examples are teleport)teleporting to a tower) or ignite(putting enemy player on fire and a amount of damage in a few seconds, about 150 max.).

Then you have the ability's. You use the keys q,w,e and r for them. You use them to deal damage. Slow or stun people. Heal or shield people. Or give yourself more defense or damage/attack speed or movement speed. There is also 1 ability(your r) which is called the utimate ability. This is a really strong ability, stronger then your normal ability's. Use this ability at the right time because it's really important!!
974 0 Facebook (Deel)
5.0 (1)