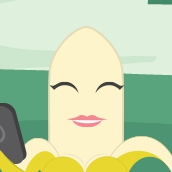 27.06.2020, 11:33
While I enjoy Bananatic as it is now, I was somewhat disappointed to see there were relatively few games with quests that rewarded multiple hundreds to thousands of bananas once you completed them. I would like to see more of those, and also allow members to recommend new games for Bananatic to add so others could discover and enjoy.

Another thing I would like to see is more high paying games that aren't so graphically demanding. Not everyone has the luxury of a high end gaming PC that is capable of handling games like War Thunder or many of the FPS and MMORPG games on this site, and these are among the highest paying games of them all.
Honest Social Helpful Vulgar Troll
General
Chat