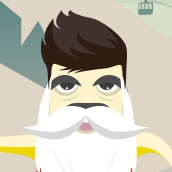 25.12.2017, 23:54
So I've been on the site for quite a while I'd say. I've played the majority of the game quests, as might be signified by my account level. I quit shortly after I got to level 12 as there was a lack of games to complete; but returned since there's new ones to play. Of all my time being here, I've never seen Naruto Online have a game quest system. Is this because of bad timing or is it, for some reason, just not offered to me or something? I'm an avid anime fan and I have happened to of seen a good portion of the anime so the game is quite intruiging to me.

I just want to know if the games are offered to a select few and I've been missed out? I've only got games left that are city building games and I don't enjoy them so I won't be attempting to play them, that's all.
Honest Social Helpful Vulgar Troll
RE: Naruto Online - 27.12.2017, 10:43
TheLegendaryVegetable Veteran 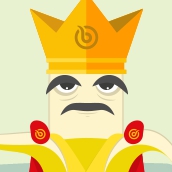 No,there aren't any current quests for Naruto that I can see.They may differ depending on your region,I'm not sure.There might show up as 250 bananas and 250 EXP next to it showing that if you make an article on it you can make that much.If there is anything above that number than you can do quests in the game.
Honest Social Helpful Vulgar Troll
General
Chat