Party Hard is a stealth killer game that was released in 2015 to steam. It was very quickly imported to the switch also after the switches release to the majority of the public. As you would likely guess from the cover this game mainly centre's around mass killing of innocent people so anyone who is uncomfortable with this or are not at least in your late teenage years then I would say this game is not for you. To break the game down it consists of 12 levels and multiple character options to choose from than you can unlock by playing through the story each having their own perks to speak off. Some levels are naturally more difficult than others however I would say they are all balanced and mainly based on your own judgement and skills and your ability to use the tools provided in each map around you. However naturally if you are caught the police are very fast moving so unless you have a useful item or good timing placing bombs you are almost guaranteed a game over in this scenario. Based on the mockery you receive after a game over I would argue the creators are well aware of this. 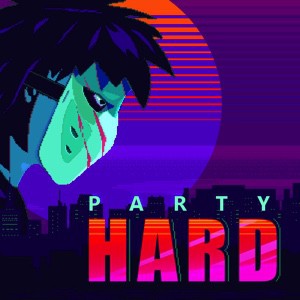 This also applies to the bouncers seen on the majority of the levels. If you are in there area they will chase you however slower than the police getting caught will still result in a game over making them a concern when trying to take people out especially as they often are blocking areas you will need to access. However you are not alone as you can call in help; anything from zombies to swat teams to UFO's can be summoned in to help aid you in your genocidal dreams. You also can almost always receive a random item to assist from suitcases or a shady looking man and get anything from stun bombs to swords to spare clothes that hide your identity to avoid police changes. You also will never get bored of killing as there are a wide variety of ways to take the noisy party goers out. Naturally each one comes with risks but it is extremely satisfying to pull off a risky kill and get off scot free. Another helpful thing to note early on is the places bodies can be hid to avoid detection. As for controls they work decently well. I have not discussed any bugs or issues however they are nothing to write home about either. This also applies to the graphics to the average eye however if you have a affinity for old 80's game pixilation then this will be your ideal game. It also is average difficulty i would argue as it is not hard to get kills going however if you are aiming for a high score or fast time it may be a bit more challenging to avoid detection from nosey NPC's. As for plot there is some but it is relatively minimalistic yet still very interesting and adds some drive to continue the game, the plot managed to be interesting but not feel shoehorned in or smothering which can be hard to do for level based games so for this I commend them. All of this along with their relatively cheap price compared to other games means this game should be a prime candidate for horror games or just overall games to pass time. If you like old school games or are just fed up of your partying neighbours this game is definitely for you.