A Bit Disappointing For A MMORTS

Let me just get this out there, don’t expect this to be such a positive review. If I felt that the game deserved a better review, I would give it one, but from what I played of the game it was just another MMORTS with a different theme and no new, bold, unique content that adds to gaming as a whole.

It started off with a tutorial and then changed into quests, some would say ‘seamlessly’ as if the tutorial is still going. It was just some basic stuff like build your barracks and build your resource production. I did all that stuff willingly knowing that I have to this stuff to learn what the game was all about. What I learnt was that there is little originality brought into the game. If you’ve played any game like Grepolis, Imperia Online or Clash of Clans, you’ve already played this game. However, if you haven’t then you should probably keep reading because I’ll explain how it all works. By playing this game you can get 100 Play
One thing it does have going for it is the general look of the game. The graphics are amazing and there are little people running around doing their tasks, just like in Grepolis or Boom Beach. It just generally makes for a more appealing screen to look at rather than just a zoomed out photo of a city that changes slightly every time you upgrade a building. However, this is one of the few things going for it, sometimes it even makes the game seem a bit daunting in terms of the information overload given on the screen.

I think Plarium, the makers of this game, have fallen into the trap like many other developers of making the start game too simple, with only a few clicks and calling it ‘gameplay’. Hopefully other games made in the future do not fall into this trap and instead make tutorials more entertaining for everyone. 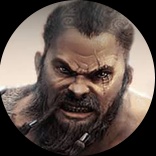 100 Play
Maybe then more people on the global map around me won’t be level 1 and inactive. I found it very difficult to find active people to create or join an alliance with. These level 1 people felt like a bunch of barbarian camps, littering the screen and unable to get rid of them without them coming back.

Anyway, if I was to finish this off I would have to say that this game is not the game you are looking for in this genre. There are many more better and interactive MMORTS games, and I think Plarium knows this. Essentially what they have done is copy and paste another one of their games and placed a different theme on top, no different to taking a photo and putting a different filter on it, then saying that it is a completely different photo. It just doesn’t work.

So to summarise, it has a good amount of detail and artworkship, but if graphics aren’t the only thing you’re looking for in a game then there are much better options out there for you to pick from.
1524 0 Share
5.0 (1)