1. Too much change; Fortnite lived things long only for one reason, and that was because it was constantly changing, but something that the developers' aren't understanding is the rate at which they are adding and removing items, and changing the map is a little bit too fast. There has been so many changes in the map since season 1, and most of it happened in seasons 4,5 and 6. the introduction of a comet, the rocket that made paradise palms, the cube born out of lightning that melted into lost lake, then took out the island and taking it on a tour of the map before returning to loot lake and exploding. then the ice king came along and decided to park his iceberg right on the north-west side of the map, completely getting rid of many other locations This change isn't the only thing that people don't like, and some of it is the fact that people have become too good at the game, where they build and use glitches to their advantages to build faster. this was seen with the implementation of the glitch that lets you do 90s, which means 90-degree rotations much faster by walking on the handrail of the edited staircase. this and a lot of other glitches have made it much more annoying to pay fortnite for anyone, and those who use them , cannot be banned, as they just found an exploit.

2. People are too good at the game. there are people who build so well and fight so well new players just don't stand a chance and thus quit the game early on. This all started with the introduction of turbo building in patch 3.0.0, after which players started to get into build fights that only the pros could do, and this also got better for the Console players, where it was really hard to build. this Patch and others after it also meant that the everyone in fortnite other than complete beginners can 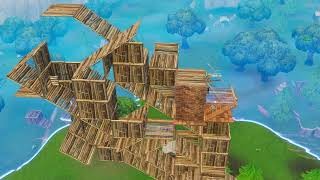 There are so many different reasons other than this that make Fortnite thought to be dying, that and other things like the complete disregard to the fact that the game is updated so often just to keep players on the game, and after the major vaulting of the 7.3.0 patch, where so much was taken out of the game to make it more balanced, which it successfully did.

Now the only problem left is the fact that fortnite players have a tendency to get into heated build fights and become gods at fortnite and destroy everyone around them. Hopefully, fortnite is able to do something to change that in the future.

But is fortnite going to die because they changed this fast? when fortnite was in its early stages, people were really happy about the fact that epic always kept the game up to date with weekly updates. but now, almost 7 seasons later, people have started to believe that it is actually worse that they added these items. But for now, as long as the people at epic know that they want their game to alive for longer, then change is going to be imminent, and the change is going to be major.