4Story: Rise of Gor a MMORPG

4Story takes the graphic style of World of Warcraft. Unlike the latter, it is possible to play for free but the game has a "Item Shop" fee. To be able to acquire items from the Item Shop, you must order moonstones (more commonly known as pdl players) via the game's website.
This game includes thousands of players connected on a series of 2 servers, Lapiris and Xhadra. It has 5 game channels, which divide the number of players and avoid bugs or slowdowns (except in certain areas of the game)
It belongs to the genre of RPG and takes place in a fantastic universe. The character evolves by chaining the quests throughout the adventure. This evolution ends when it reaches the level 140 (since the update 5.0.1) The players can also during all the duration of their adventure,
go to battle zones named "doc" to face other players of their level.

People from one country wanting to attack another can only do so if the zone is at war or if the person of the country attacks it. Nevertheless, it is possible to put a zone at war and therefore to be able to continue PVP continuously without waiting for an enemy attack on its territory.
The goal of this pvp is the total conquest of the territory. The only territories that can not be at war are the capitals. Be Markut and Keter.

It is therefore a conquest of mass and continuous requiring a lot of players.

The conquests are established on the border territories between Valorian and Dérion: Ardir, Hesed, Gebra, Tyconteroga and Undred. Every evening at 7 pm (Lapiris server) and 9 pm (Xhadra server), except Sunday, begins the conquest between Dérion and Valorian.

In each of the warring regions there are forts (fifteen)
. At the beginning of the war, a Patron Saint appears in each fort. Players may decide to defend or attack a fort. When a patron saint is killed, the fort falls into the hands of the attackers, who then win many awards.

The war of conquest ends half an hour after its beginning. 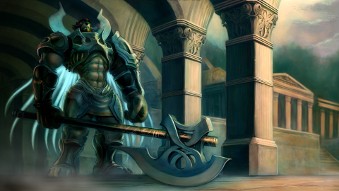 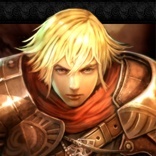 100 Play
In 4Story, there are mounts that allow players to move faster. From the beginning a mount is given to the new player. This mount is adapted to the race of the character: thus, the Humans receive a horse, the Felines a buffalo and the Fairies a caribou.
But nothing prevents the player from buying a mount that would be rather reserved for another class (a Feline can for example mount a caribou that is more suited to fairies). However, frames are not fast, so in the Item Shop you can get a saddle of speed.