A multi-player game full of action coupled with an unusual background story: in this game, the big fans of Fantasy fight against techies ...

After the fourth world war, nothing is more like before. In the online game Argo Online, the world is in ruins.
Some of the technologies that resisted the devastation are used by the survivors. While "Noblians" use progress and technology to cope, the "Floresslah" are fighting for the renewal of nature and worshiping Mother Earth. They are helped by various fanciful forces.
The two races of the Argo Online role-playing game are fundamentally opposed, you will have to choose the side of one or the other: Progress or Fantasy. No matter which party you choose, you will have to choose between eight classes of characters, all different. You must also choose a means of locomotion, mechanical or animal. In total,
the battlefield welcomes one hundred players. You will fight alongside your race against enemy armies. 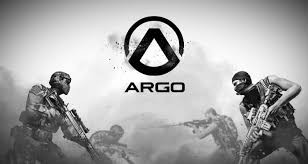 By playing this game you can get 100 Play
But Argo Online is not a role-playing game with only "catch the flag" mode. You can also participate in many quests on the world of Argo. You will act in real time during your adventures and during the various instances of the game. Throughout the game, you have means of travel and transport for your goods.
The economy is also an important point not to overlook in Argo Online. Different buildings offer additional content.
Your fight in the game revolves around the precious metal Earthdium, allowing you to improve your character if needed.
Argo will be available for free on Steam and the Bohemia Store, and it will not offer micro-transactions or any other form of online payment. So those who wish to support the project will have the opportunity to buy an Argo Supporter pack for 10 €. And that's all. 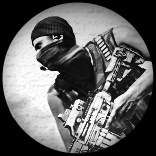 100 Play
But here we go, there are more astronauts than shuttles, and the competition to be among the survivors will be ruthless! Some will not hesitate to rush their camardes into the clutches of the horrible extraterrestrials to slow them down, and to reduce the number of competitors. Be careful though, if too many astronauts die,
the party stops immediately and it is the extraterrestrials who win!

Argo is a competitive game, with only one winner, but players can lose to the game if they do not cooperate with each other. Each astronaut lost increases the score of the extraterrestrials and if they have more points than the winner,
the game is lost! The corridors and rooms of the Argo station are cramped, and you have to elbow and push others to make their way to the shuttles.

The mechanism of thrusts and activation of parts allows to set up very nice combinations, and guarantees different situations to each part.
Everyone stays in play until the end, because if a player is eliminated that ends the game.
890 0 Share
5.0 (1)