I like how their is option of game modes you can play including casual, deathmatch, etc. But if you're feeling like your too good to play these game modes, you can go straight to competitive. But if you're barely beginning to play the game I would recommend every other game mode except competitive. In death matches players compete by killing each other until the time runs out and by killing each other they earn points. Who ever has the most points by the end wins the game. Arms race is where 2 teams compete to get kills and advance their guns as they keep getting kills, until someone gets the final weapon which is knife and kills someone with the knife automatically wins. The rest of the game modes, you can find out on your own what they are. what you have to do in it. To end it off, this game is just amazing. 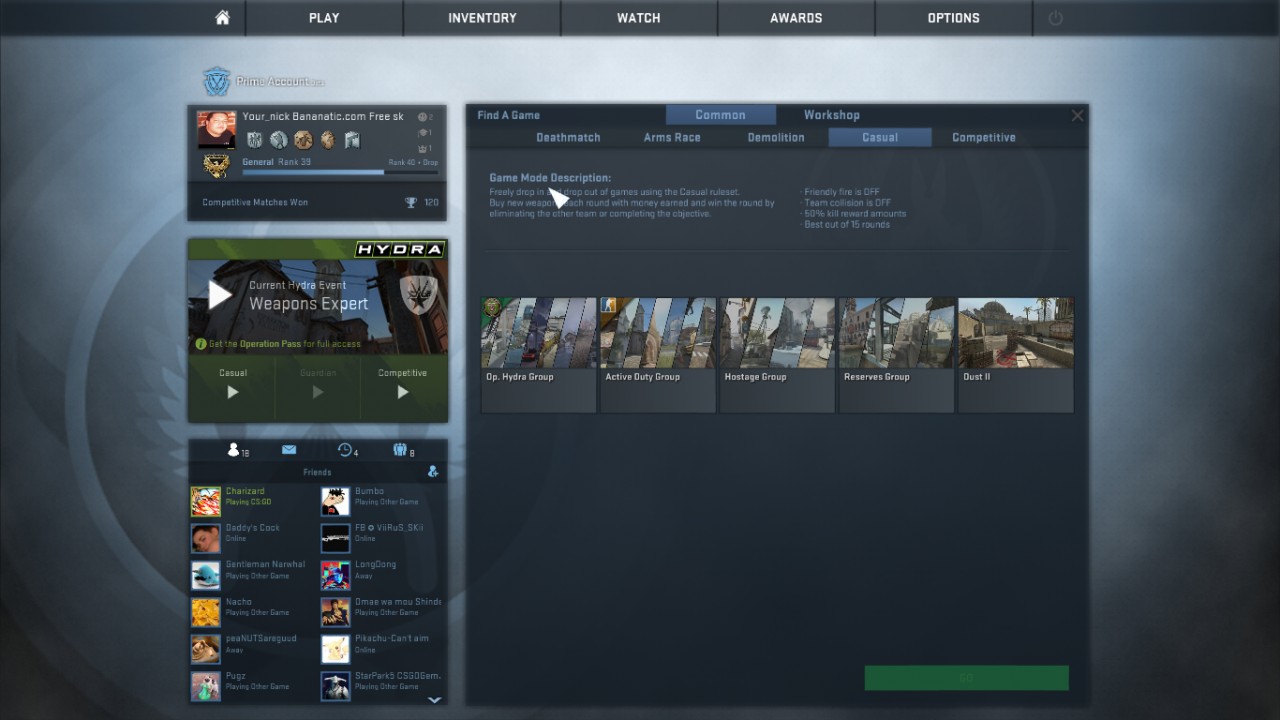 By playing this game you can get 100 Play
Competitive is fun but also be aware of trash talkers, people who like to scream in their mic, or even just troll by team killing. Competitive is fun if you have friends or you can play a match with randoms and hope they're nice. There is a ranking system which can be a good or a bad thing depending on your rank. When you barely starts CS GO, you need to play 10 competitive games. Depending how how good you did and how many games you won will put you in a high rank or good rank. This may put you in a game with people with about the same experience as you or maybe might be a little better than you or a little worse. But their might also be a smurf which is a person that is a really high level on another account or might de-rank on purpose and then poses as the best player in the game. So be careful around smurfs. 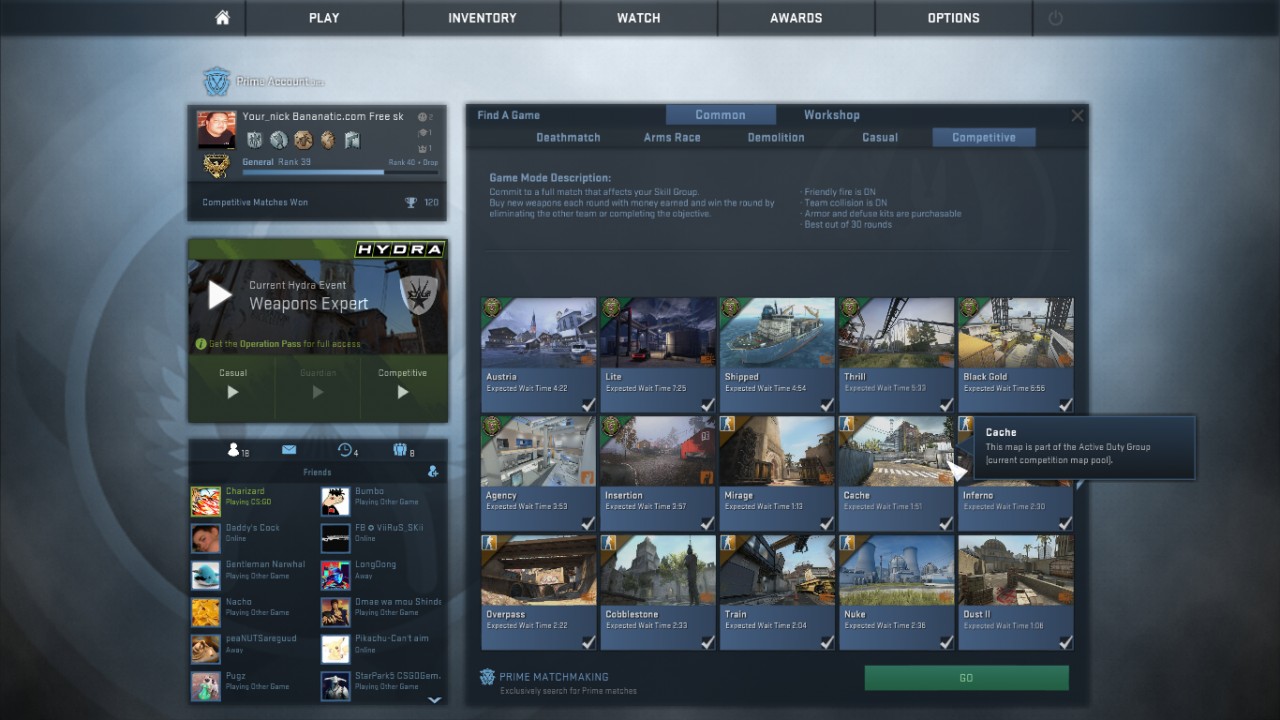 100 Play
The skins are amazing to reveal and give people the pride to show it off in game. I think the keys are overpriced for what they payout usually but if you get lucky enough to land it on the golden knife symbol, you in for a big treat as for these knives you can get from crates or the community market can be worth 100's of dollars. In my opinion this game has whole lot to offer and is really fun to play. I would recommend this game to anybody who likes to play fps and is willing to spend some money on skins or crates. Of course every crate you open grants a rewards which can consist of some pennies or even dollars. But of course they make the chances of getting a knife low and people may get lucky and get a knife themselves. But if you're note feeling lucky or are scared of opening crates in fear you are going to lose your money you can always buy a cheap good looking skin off the community market.
1460 0 Share
5.0 (1)