Ranked Higher then you Should be? How to Survive Until you Become Good Enough

For a lot of CSGO players, this is a reality. Throughout their first 10 wins, either they play better then expected or have a friend play/ carry them through, and end up at a rank much higher then they should actually be at. The problem really starts here. Doing horrible isn't any fun, and neither is playing with that person who can't even get a kill. In this guide I will teach you a couple of tips and tricks that can and will help you survive at a higher rank then you should be at - until your skill catches up. For many people playing at a too high rank, the game is less fun, and it doesn't help that nobody wants to play with them. However, the biggest advantage you have over the other team is surprise. After Silver 2 and 3, the way the game is played changes a bit. Sitting and waiting becomes more frequent, and almost nobody rushes. 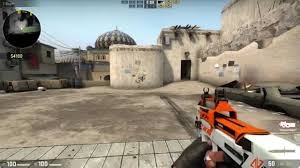 By playing this game you can get 100 Play
The P90. Match it with a flash bang grenade and it will become one of your most important tools in your quest to stay ranked high. You see, because rushing is very rarely used above Silver 3, a quick flash and then a rush with the P90 can be all you need for a quick kill or 3. This one is most effective for entering Long doors, as well as Upper tunnels on Dust II. It is also quite effective for A ramp, Palace and Apartments. Another great strategy is hiding in spots where you can get a couple of kills without being seen. When you initiate contact and they do not know where you are, you have a much higher chance of getting the kill. The best places for this include back of B site, and car on Dust II, as well as ninja and fire box on Mirage. This strategy does take a bit more skill then the P90 rush, as you do have to be able to shoot them with your weapon, you can't just spray. 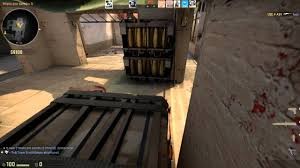 100 Play
The third way to stay afloat in a rank higher then your skills to support your team. Be nice. This might seem simple, but you shouldn't give your teammates more reasons to kick you. Another way tot support your team, other then listening to instructions of course, is donating weapons. Picked up an AWP? Probably should pass it to your top fragger/best AWPer. This helps you in two ways, first being that he will probably thank you for the AWP, especially if he gets a couple of kills with it, meaning he is less likely to kick you, The second way is that your teammates won't see you miss any (probably brutal) AWP shots. For beginners, sticking to SMG's is best, and shotguns for camping outside doorways. Once aim improves, moving on to rifles like the AK47 and the M4A4. Sniper rifles like the AWP can be very useful, but are costly if you are not proficient in the art of using them. So is it possible to stay in a high rank when you are not nearly as skilled as you need to be. Yes, yes it is, it just takes a couple of basic strategies while your skill catches up.
1498 0 Share
5.0 (1)