Grand Theft Auto 5 is a game in which you strive to rob all the banks, all the shops, and all the people of their money and belongings.

In the game you start out as a young thug, new to the game of stealing, Franklin. At the start of the game, Franklin is living with his aunt, and the only way he gets money is with the help of his fellow thug, Lemar. His house is located in the "hood" area of Los Santos (where the game takes place).

After you have reached a certain point of the game you will unlock a character who is veteran when it comes to robbing people of money and their belongings. Michael, who is a retired, overweight bank robber lives with wife, son and daughter. His house is located just south of Hollywood Hills or as known in game, Vinewood Hills.

Once your about 50% into the game you unlock a crazy, dirty-mined bank robber. Trevor is, well was, part of Michael's old bank robber team - located in North Yankton (based in Canada). Even though Trevor was once part of Michael's group they both despise each other because of, well you can find out when you play the game. In-game Trevor owns a meth lab and his hired people of the like of Chef.

Each character has their own special abilities. These abilities consist of slowing down time when driving (Franklin). Another one is where you can slow down time when aiming down your sight, firing more bullets when doing so (Michael). The last available ability is where you can slow down time to, once again, fire more bullets. Also this increases damage caused and can decreases damage taken. By playing this game you can get 100 Play
As well as having a massively immersive story mode, it also has a really addictive online mode. Making you want to achieve maximum level and maximum money. Even if you do have MILLIONS of GTA $ you will lose it within about 2 weeks because of how much Rockstar Games updates it and how expensive everything is.

When you start GTA Online you will be able to customize your character. You have a choice between whether your character looks more like its mother or father. Some of the available father choices you have consist of Nike Belic (GTA 4 Protagonist) and John Marston (Red Dead Redemption Protagonist).

Once you have made you character they will fly into Los Santos international airport and be greeted by Lemar. He will drive you across town giving you a tour of all available places to hang out with your fellow GTA Online chums. He will give you a gun and will force you to have a race with him.

Heists came out long after GTA Online was released, meaning it was waited for for AGES by fans and the community. There are 4 heists that are available to the community. These heists are the Fleeca Bank, Prison Break, Humane Labs Raid and the Pacific Standard. Whether more heists are being worked on is currently unknown. 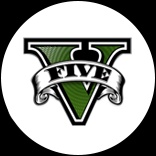 100 Play
Grand Theft Auto Five is a great all-round game consisting of a immersive story-mode and an addicting online mode.

You can get immersed on story mode, trying to get to 100 percent completion or you can get yourself involved in the criminal world that is Grand Theft Auto Online.

The game in total is amazing and would RECOMMEND to anyone either new to the gaming industry or just new to Grand Theft Auto.
1768 0 Share
5.0 (1)