Grand Theft Auto V (B2P) is 'the' action-adventure title developed by Rockstar North and published by Rockstar Games initially in 2013. It is the modern classic everyone expected it to be, emerging from a rich heritage of open world games. Based in the fictional state of San Andreas, modelled on Southern California, the single-player story follows three criminals and their attempts to commit heists while under pressure from a government agency. The open world design allows players to freely roam San Andreas' open countryside and the fictional, city of Los Santos, satirically based on Los Angeles.

The game can be played from either a first-person or third-person view and its world is navigated on foot or by one of the many vehicles. Gamers have the option of playing any of the three lead characters throughout single-player and to switch between them both during and outside of missions. One's mobile phone once more plays a key role in dictating the options of activities available.

The story centers around important heist sequences, the planning, organising and undertaking, and most missions involve shooting and driving gameplay in some way. A "wanted" system controls the level of aggression of law enforcement response to players who deviate from heist preparation or who commit crimes. Grand Theft Auto Online, the online multiplayer option, lets up to 30 players explore the open world and take part in cooperative or competitive game modes.

You simply cannot miss out on this great gaming 'event' that is still widely played and cared for by its developers, or to re-visit it to witness how it has changed and evolved. 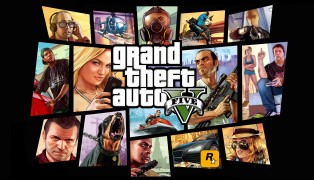 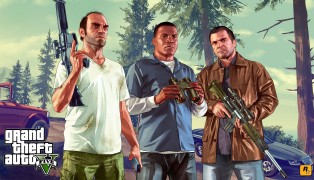 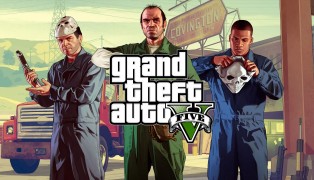 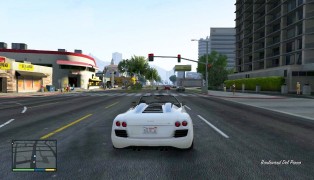 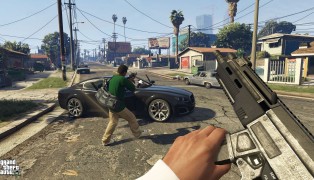 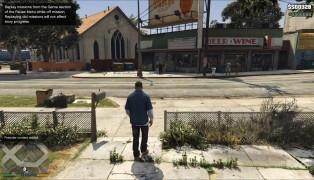 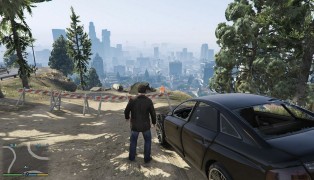 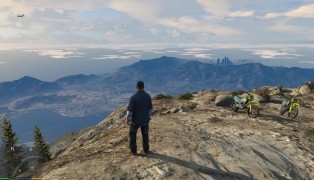 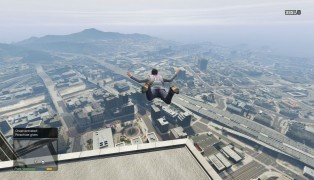 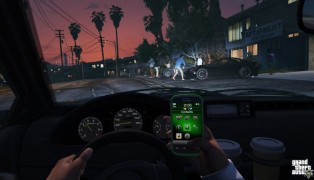