Optimising the games settings is a hard topic to talka bout H1Z1, because the game is still in development, you may want to tweak them so you have the best FPS your PC can handle and you have a PC that is above the minimum spec requirements which are as follows:OS: Windows 7, 8, 8.1, 10 (64 bit only)
Processor: Intel i5 Quad Core or higher / AMD Phenom II X6 or higher
Memory: 8 GB RAM
Graphics: nVidia GeForce GTX 560 series or higher / AMD HD 6870 or higher
DirectX: Version 10
Network: Broadband Internet connection
Storage: 20 GB available space
Sound Card: DirectX compatible Sound Card

The one common problem with H1Z1:KOTK is that when you load into lobbies you will notice that it takes a while to load in, well this is because the game is trying to 'unpack' the map from your Hard Drive, if you have a outstanding issue with this it is best to re-install the game on a snuff hard-drive (a solid-state for example)

Render Distance: Best thing to do is cap it at 1,500 which can be either done in the game settings or should be mapped to the keyboard keys '[ ]' I genuinely recommend setting the max render distance to 1,500 when outside the city areas as players will render upto that distance; you may turn it down to 500 to boost your FPS whilst loost the cities (Pleasant Valley, Ranchito, Harris Bluffs, Cranberry and so on). These settings you can experiment on your own and decide what works best for you. 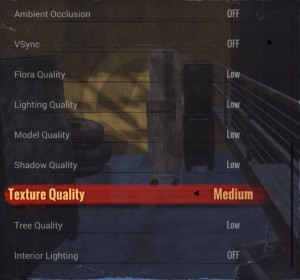 By playing this game you can get 100 Play
Loot and weapons is a big part of winning and getting kills in the game. First of all when you're in Forst Destiny a.k.a the bit of map at the start before parachuting in, people tend to think this is the 60 seconds you can run around like an idiot and having a laugh with other people you'll be against. DON'T! Use this time to scrap your hat, mask, gloves which will provide you with extra bandages which you can never be short of during the start. You never know how early or late you'll run into an enemy and then you'll realise you didn't have enough bandages, having the extra 1 or 2 bandages can be a life saver. Also when parachuting in you'll want to grab the first gun you find, doesn't matter whether its a shotgun, rifle or pistol whatever you can grab.

Moving on, you can choose how you have your firearms loadout set, for example you may want to play with a AR-15, Shotgun and a AK-47 or you may prefer to use grenades and replace one of the guns, the choice is yours whatever works completely best for you.
For me, I usually parachute in and quickly look for the closest gun, usually grabbing either a M9 Beretta or the .44 Magnum if I can't locate a AK,AR or Shotgun. My loadout after that consists of using the AR-15 and Shotgun for combat and grenades because in my case, I'm terrible with the AK and never take it, I prefer having the chance of blowing up an enemy higher than being two-tapped.

Airdrops are also a key in the game if you wish to survive, if you have the time to get to a airdrop, quickly tab it and see if anything is inside, mainly look out for the Hunting Rifle as this weapon can provide you a lot of help in combat, especially towards the remaining group of enemies. I suggest also grabbing a Laminated Armor if there is one in there as they will provide you with protection against two bullets. It is also smart to craft a MakeShift armor which provides protection from one bullet to the abdomen.

Helmets are very key, always carry three to four extra helmets in your backpack without one of those badboys you're at a risk of being hit in the head once and being dead. Doesn't matter wether you use Tactical or Motorcycle helmets as they provide the same protection.

100 Play
Finally how do you get better?

Well this final part of the guide will go over aiming tips and survival tips during the game.

First of all, you want to find a comfortable sensetivity for your aiming, I suggest having a not too fast or not too slow sensitivity for aiming, and for moving around I suggest having a slightly faster so you can react faster incase you're being shot from a different side. Play around with the settings until you're used to them and stick with them otherwise you'll ruin your muscle memory.

Crosshair style is also upto you, I recommend using numbers 21-25, colour being upto your own liking. I prefer the small circle reticle as it gives me a easier view of the enemy, and a easier aim down on the targets head.

Along with that, when you're in combat always try and aim for the head and tap, don't spray but tap with the AR-15. When you're in very close combat I higly advise using the shotgun as it deals the most damage and most of the time if you're accurate you can kill an enemy with one or two pumps to either head or body. Remember to use your surroundings, if you're in combat and the enemy is close to a explosive barrell don't hesitate to shoot it as it will provide you with a easy kill.

When you're in mid to far range combat you need to keep in mind of the bullet drop, each weapon has its own bullet drop, I have divided the weapons in game into three sections which consist of poor, average and long range and they are.

When there's only a few players remaining lets' say 15-20 the best thing to do is always play agressive instead of defensive in this stage as you're likely to have players surrounding you, try to get loot before this stage and looting towards the end is kind of useless unless really needed loot like medicals, ammo and grenades etc. It is also best to have a vehicle as H1Z1:KOTK is all about mobility and if you encounter someone on foot, you have a higher chance of winning if you take advantage of your mobility.

Towards the end of the game, I highly recommend going for players that are fighting against others as they can't shoot at you whilst they're being shot at, especially if they don't know you're behind them always go for the headshots and finish off with a nice clean kill.

Finally keep in mind bullet drops, for the AR-15 mainly as its the best rifle in my opinion, when in far- range combat aim slightly above the head to get a precise bullet drop.

That pretty much sums it up, main thing is to keep practising and you should be getting better eventually.
2575 0 Share
5.0 (1)