the Rating Of Asphalt 9: Legends Cars and their qualities

Since the day that it was born , this game has been always one of the best racing games in the gaming area , starting with old models mobiles until the computers versions.

the secret behind this success is the flexibilty , the simplicity and the content of this game.

1 / Starting with the car Models include in this game which a large list of real world cars ( old and new ones ), here is a list of the best and the worst cars in the asphalt 9: Legends By class :

Moving Now to the high class cars , those who need a very good Playing and driving Skills from the Players because of their high speed level and their Explosive acceleration Also is the level which the cars cars prices became so much higher than the previous classes. Their Impressive qualities not always turn into advantages , it may cause problems and difficulties like loosing control in turns or over drugging.

List of Cars you should unlock them : Exotic Cars W70 ; Ford GT 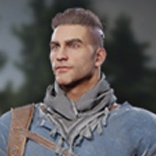 Ending Now this Selection with the legendary Class Cars ( Class S ) , those who combined the highest speed , the most explosive nitro's and surely the best design and look

the options produced to the players which is very simple and diversified ( solo racing mode , multiplayer modes , elimination mode , duel mode, ... ) also what makes this game more awesome is having a lot of choices in arenas menu ( which is also a real world streets and maps ) which make the game even more realistic.

The goal that has been set by Gameloft is to produce the most realistic racing game that's why this game has a very great quality graphics and motions to keep the player motivated for a better experience.