The not so great return of a classic!

Metal assault was previously published by AERIA games and is a 2d side scroller shooter game. In its old days this game was something else entirely. The servers were populated, there was vast options to customise your character and the game was generally fun. One thing that did let the game down however was the vast amount of hackers that were present in the PRE 2012 version. In the 2016 steam version however the game seems to have dealt with these hackers, yet there are hardly enough people on the servers for hacking to even be a problem. The European servers usually contain about 5 to 10 people! This is ridiculous compared to the previous version which had many people. This is one of the biggest negatives as the single player side of the game becomes quickly boring and stale thus giving a negative experience. 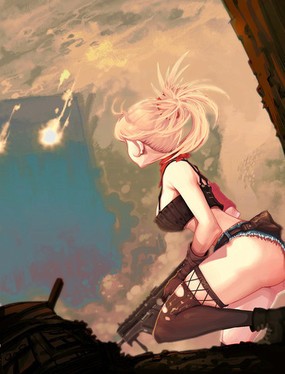 By playing this game you can get 100 Play
The real game lies in its PVP and PVE story. Without people, the game lose 90% of its interest.
The PVP is awesome, there's not much to know about but to master all of its aspect requires a lot of practice.
IDCgames added a lot of cash shop features which is super frustrating when it's around 5 bucks for a storage, 8 bucks for unlocking all hotbar skills (which is a must have for competitive PVP) and 10 bucks for inventory tab slot.... this is a huge turn-off. Now, you can even rent weapons for real cash. This game can even be regarded as P2W. however the game also involves a lot of personal skill, so people that dont pay can still kick buyers' butt, but paying can give a pretty substantial advantage over others. Also the tutorial lacks depth. It teaches you the basics, but when you grow out of that newbie stage you're left to your own. 100 Play
For instance, I've got no idea how I'm supposed to get better equipment other than the standard-issue ones you can buy in-store. When you have to scrape the very corners of Google for the other 50% of the tutorial, you know it's done a bad job. The "quests" can also be considered boring and reptitive and offer rewards so meager you consider whether collecting 1,000 of those items or getting 200 kills with that gun is really worth your valuable time for a handful of grenades or medkits, especially when you can literally waltz into any battle and start looting so many that your inventory runs out of space in just a few matches
I generaly like the game, but i really don't like being pushed to pay a.k.a. buying additional hotbar slots, inventory space and vital stuff like that... I understand that a free game has to feed from somewhere, but that could be done in other ways without harming the balance of the game (skins, boosters etc..). In overall i would say that the game looks great and i really hope they make constant updates and keep the game alive and populated.
1653 0 Share
5.0 (1)