How to Survive in Minecraft

Minecraft is a sandbox video game made by now-famous Swedish game designer Markus Persson. It is one of the top sold games with over millions of accounts purchased worldwide. An account higher than demo restrictions costs $20, however, the demo version is completely free.

In layman's terms, Minecraft is a game where you dig (mine) and build (craft) different kinds of 3D blocks within a large world of varying terrains and biomes or habitats to explore. These include icy biomes, jungle biomes and desert biomes. Each Minecraft world is procedurally generated (not randomly generated) meaning it follows a set of instructions to generate a world that works seamlessly and is visually appealing. Biomes flow into one another with little flaws.

Overall, the game is most popular for its retro and simplistic yet 3D design, and the stunning graphics even whilst it may be a block game with just a bunch of pixels. 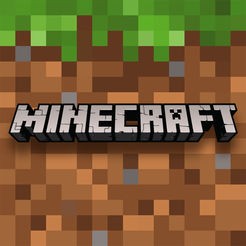 By playing this game you can get 100 Play
One of the most crucial parts of playing Minecraft in singleplayer mode is the need to survive. After it becomes dark in the game, hostile mobs begin to spawn. Thus, to protect yourself from them, you must build a shelter. To do so, you need resources. Go and chop down trees. After you have enough wood, you can use the game's crafting mechanics to craft them into wooden planks, which can then be later used to craft new items such as tools and weapons. Wood is the simplest of resources, however, it is simultaneously one of the most crucial and necessary. You will sooner or later find yourself needing to craft a crafting table and furnace. There are crafting tutorials all over the internet, so you are free and more than welcome to find them and follow them, as they are accurate approximately 99% of the time. 100 Play
Some other important items that you will most likely find yourself needing to craft later on in your gameplay experience include chests, doors, swords for hunting down the mobs that spawn in the night, and tools. Tools mainly consist of pickaxes for mining hard ores and stones, shovels for digging dirt faster and axes for chopping down trees more efficiently. Swords and tools have different levels of efficiency. Wooden swords/tools are the simplest form, and the least significant, but it is a start that you need in order to craft advanced tools and swords. Stone is the next level, dealing more damage with swords and faster mining with tools. Stone is followed by gold, which is followed by iron. The most advanced and hardest-to-find mineral/ore is diamond. This ensures the best mining experience, but is difficult to find. Be sure to delve deep into the mines, but beware of the mobs!
1174 0 Share
5.0 (1)