League of Legends, one of the most popular and notable names in the gaming industry. A lot of streamers on Twitch and many other streaming platforms are also streaming this game constantly in order to rank up and become one of the highest ranked league players. Even though this game may be pretty old, it's player base is growing more than ever during the COVID-19 situation that has befallen on our world .You might be wondering, why are so many people addicted to this game but you can only play on two maps or three during special occasions. Well the answer is because of course it's a skill-based game with a diverse range of champions to choose from. There's over 150 champions currently in League of Legends and Riot Games, the game's company, doesn't intend to stop adding more champions since Gwen, the newly released champion in league, has just been added last month. The game is also free to play and you don't need a high-spec computer in order to play it, but I do recommend having a decent internet provider since lagging while playing the game would be pretty annoying. 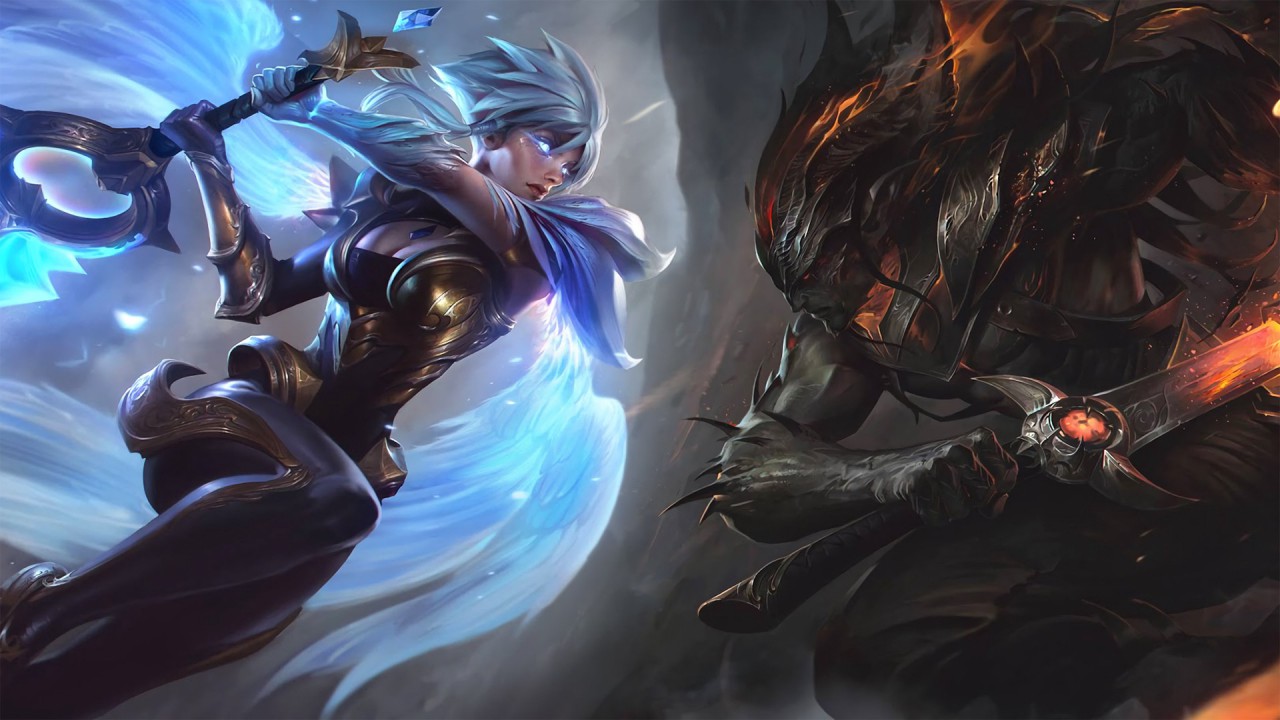 League of Legends is your typical MOBA game, the five-on-five matches on the three-lane map called Summoner's rift. The map is designed simple but bright and colorful. I personally love the minor details outside of the map and also the pits that contain the drakes or the Baron. In starting a match, you find yourself like how most MMORPG games start. If you have downloaded it yourself or heard it from friends or acquaintances, League of Legends has this cosmetic thing called skins. I promise to you that these things are things purely cosmetic and doesn't give buffs to anything at all. And it is fairly easy to get a skin for you just have to keep levelling up and getting those HEXTECH chests and boxes, if you get lucky you might even get a legendary skin. The community of League of Legends is one of the most liveliest communities in the gaming industry. It gave birth to a ton of memes and fan animations. But it's not all fun and games, for League of Legends is home of the highly competitive players there are, who are constantly looking for ways to become even better than others and get a higher rank above the rest. So don't wonder why some of your teammates are overly aggressive whenever you poorly played in one match. The Competition : If you're a very competitive person, then you should play League of Legends, for League is all about trying to outplay your opponent. If you think you're good enough, try to see how high can you climb in the ranking system.

The Community : League of Legends has become a household name because of it's vast online community. This game always have millions of monthly users worldwide

Tons Of Characters And Player Customizations : League Of Legends is a game filled with different characters, items and runes for people to try out so it's pretty hard to not get bored of it.

The Lore: The storyline of each champion in this game is very unique and diverse. It not gives us a compelling worldbuilding story but also gives spotlight to all of the champions' storyline.

The Friendships : If you just want to play games with your friends. League of Legends is the perfect game that you're looking for. The game is pretty much downloaded in every computer shop there is, since you don't really need a pure gaming computer to play it.