How battlefield 4 perfected the FPS genre

Realising the impact the Battlefield has put over the years on the FPS industry is hard. The Battlefield series managed to be a worthy competitor to the Call of Duty series, although not good enough to surpass the casual-filled Call of Duty, Battlefield still put some pressure on Call of Duty to start taking their competition seriously and release some good content. In addition, it inspired many other games to follow this path, like Rising Storm or even Call of Duty Modern Warfare. For an outsider to appreciate what Battlefield has done for the FPS community, we must first look into its history.

The first Battlefield game ever made was Battlefield 1942. Back in 2002 this was the first ever game to get close to the 64 player mayhem most FPS games try to immitate today. The formula was there, the problem was that it wasn't perfect. The graphics were outdated, mechanics confusing and there was no competitive feel to it compared to the rest of the FPS games like COD or Counter. After some releases, the first Battlefield to upgrade the whole series would be the Battlefield 3. This new Battlefield would improve on everything the previous game were lacking, even adding a Singleplayer Campaign, while not perfect it was a step in the right direction. This was also the first Battlefield game to gain such a wide recognition on the FPS industry. Then, when everyone thought that Battlefield has reached perfection, Battlefield 4 rolled out and it managed to change the stage. 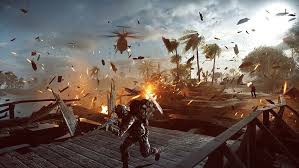 Why is Battlefield 4 so special?

Battlefield 4 did what the rest of the Battlefield games were trying to do. It perfected the 64 player mayhem type FPS. This type of FPS is liked by many on the FPS community, but it was lacklustered till then, due to small budget or simply not the right ideas. Battlefield 4 was released in 2013, has been left forgotten by its own company and despite all that it still has a living community and many servers can be found full! So here is everything Battlefield 4 nailed:

So, Battlefield 4 did nothing wrong?

Unfortunatelly, even though it did perfect the FPS 64 player mayhem type of game. It does have some flaws. 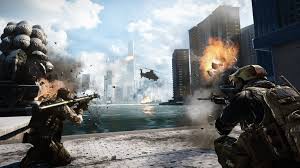 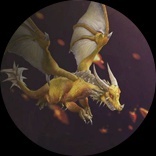 Battlefield 4 made history. It created this new type of FPS were you are part of an army fighting to capture objectives, secure sites, or whatever the gamemode would be. It set a standard on what an FPS game should be and added competition on the Call of Duty giant, even making them create their own game based on the Battlefield gameplay. Unfortunatelly the next Battlefield games, 1 and 5 failed to reach what 4 did, simply because they were focused on the politics outside the game and microtransactions instead of making a masterpiece. It is said that Battlefield 6 is on the way, with a Modern setting in mind, which has made Battlefield fans believe that we might have a new perfect Battlefield game on a few years. Until then, we will need patience.