In DC Universe Online the choice is up to us, and even if it is not an original feature in the world of MMOs it is at least placed in interesting terms.

The narrative incipit of the title developed by Sony Online Entertainment sees in fact a battered Lex Luthor referring to the various Superman, Batman and Green Lantern of how on the possible future of the Earth a terrible threat is serious, that of an invasion by Brainiac's robotic troopsm but also from the Joker, Brainiac, Professor Zoom, Mister Mind, Black Adam, Sinestro, Deathstroke, Anti-Monitor and Darkseid.

In the past years since the existance of the game, in fact, Luthor and the other super villains are allied and work together succeed together in defeating the heroes, to then understand that they have fallen into a trap and find themselves defenseless in front of the assault of the extraterrestrial android. The only hope for the planet lies in the Exobytes, nanomachines that Brainiac released into the air to acquire genetic information on the super humans and which, in this case controlled by Lex Luthor, can flesh out the armies to defend the Earth by "infecting "hundreds of ordinary people, who suddenly find themselves with special powers. Our character in DC Universe Online belongs to this new generation of heroes or criminals, and after selecting the faction and the game world (PvE rather than PvP) we will be able to change its appearance and capabilities based on many different parameters, most of which are also available for free users, where others are the exclusive preserve of subscribers. In addition to the build, the costume and the powers, we can also select for our alter ego a mentor (Superman, Batman or Wonder Woman, in the case of "good"), with whom we will often have the opportunity to collaborate and who will determine the initial scenario in which we will carry out our missions.

A fundamental element will be deciding which power of movement your super-hero or super-criminal will have: we can choose between the super speed worthy of the best Flash, the agility or even the ability to hover in the air like the Man of Steel.

Many and more are the customization variants of our favorite alter ego, that the first hours of the game will be spent exclusively in the initial menu.

What undoubtedly constitutes a big advantage is characterized by dignified animations but from time to time far from spectacular texture and indeed often "old gen" renders, but that blends with the design of the DC superheroes that is clearly inspired by the "cartoonesque" reality, that of bright colors and stylized anatomies, rather than to the pages of the current comics and even less to the filmic reductions, always harbingers of a more "dark" and aesthetically credible vision of the various Batman, Superman and company. 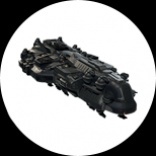 DC Universe Online manages to be a fun and nice MMO based on the high-sounding license of the DC Comics characters: fighting alongside legends like Batman, Superman or Flash, ready to challenge the exploits of the Lex Luthor and the Jokers of the moment, it's an emotion that fans of the comics will not let slip so easily.

The gameplay certainly has some corners and suffers due to a certain repetitiveness of the action, but after a while things improve and the desire to evaluate the subscription of a monthly subscription is felt to enjoy all the contents and the DLC's. But despite a slow start and undermined by considerable repetitiveness in the missions, recovers ground as Gotham City and Metropolis will come to light, becoming real playgrounds for the user, called into question for the good of the planet and of the human race (or to destroy it definitively, in case you decide to pass on the side of the bad). And once inside the DC universe it will be almost impossible to resist.

DC Universe Online. It could bore you to death or win you at first sight: my advice is to try it.