Minecraft: Game of the Generation

Minecraft is one of the most sustainable games I have played for a couple of reasons. The world is huge and has depths like the Nether and ender dragons. It's possibilities are quite versatile because of the amount of creativity it engenders through the variety of building materials and tools. There are many different color and types of wood, stone, metals, swords, and more. They also have pistons and redstone, which can be very useful if you know how to use it efficiently. It has many user created servers that allow players to try new ways to play and interact with other players. The servers can be used for hunger games, skyblock, sky wars, cops and robbers, PVP and more. This allows players to have more to discover other than just creative and survival. These options also incorporate team building. 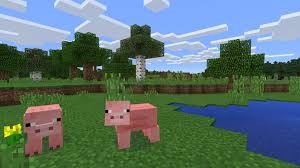 By playing this game you can get 100 Play
Minecraft is very popular for multiple reasons. The first foremost reason is simply, because it is a well developed game. Infinite worlds, vvariety of monsters, visually appealing scenery. It's concept is also very simple, but attracting. Build whatever you want in your own world. Start from scratch and try to survive. These concepts although simple, appeal to many players because of their want to create and explore. It is kind of a simulation to the outside world, but you don't have to go outside. Another major reason why Minecraft got so popular is because of the amount of youtubers who promote and make gameplay over it. These videos sometimes may have millions of views, and some channels have multiple million subscribers. Since these gamers are good, people will want to try it for themselves. 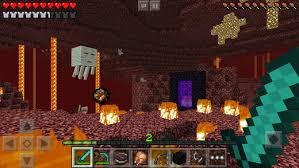 100 Play
Alot of these content creators also bring about activity in the servers that they play in, which makes the community more lively. However, the Minecraft community can be very immature in the chats, which is quite annoying. But this problem is easily fixed by hiding the chat. A major sub category of Minecraft is the ability to have different skins. This market is very popular as everyone wants that good, unique looking skin. There are also texture packs that can be bought, which make the game blocks and materials look different. There is actually a pixelmon texture pack, that basically is Minecraft pokemon. The server developers are very creative, which adds to Minecraft's appeal. Minecraft is available of Xbox, computer, and mobile devices, however I recommend it on the computer just because that is the traditional version.
1034 0 Share
5.0 (1)