There are so many enchantsments you could receive of your tools and I am here to try and explain a lot of them. Some are really useful and powerful, however some are just a waste of supplies, because of how specific their power is. I am going to start with unbreaking, which is obvious. The weapon or tool is not going to break, this enchant is not the best, but there are worse combinations. Silk touch is used to basically mine things as they are before they were mined. Like getting lapis lazuli ore rather than just lapis lazuli. This enchant may be useful if you are trying to get an ice block or something whole like that, but other than that, it is pretty useless. Efficiency is one of the best enchants to get on a tool. It increases the working speed of the tool and helps you mine faster and, more efficient. By playing this game you can get 100 Play
Fortune is a very lucky enchantment to get because it increases the quantity of loot you get per mine block. Note this only works for ores that drop immediate loot like diamonds, coals, or lapis lazuli. You can have a chance to get up to two times your loot, which is very helpful in collecting those rare diamonds. Now to weapon enchantments. Fire aspect simply sets the target on fire when it is hit. An very beneficial aspect of this attack is that they will drop cooked meat when killed. Knockback is another very common sword enchantment as it knocks mobs back. This will be very effective against killing creepers rather than them always exploding. Looting is kind of like fortune for swords. Players will receive more drops and also have more of a chance at rarer mob drops. This is very useful to collect rarer items such as sponges or wither skeleton heads. 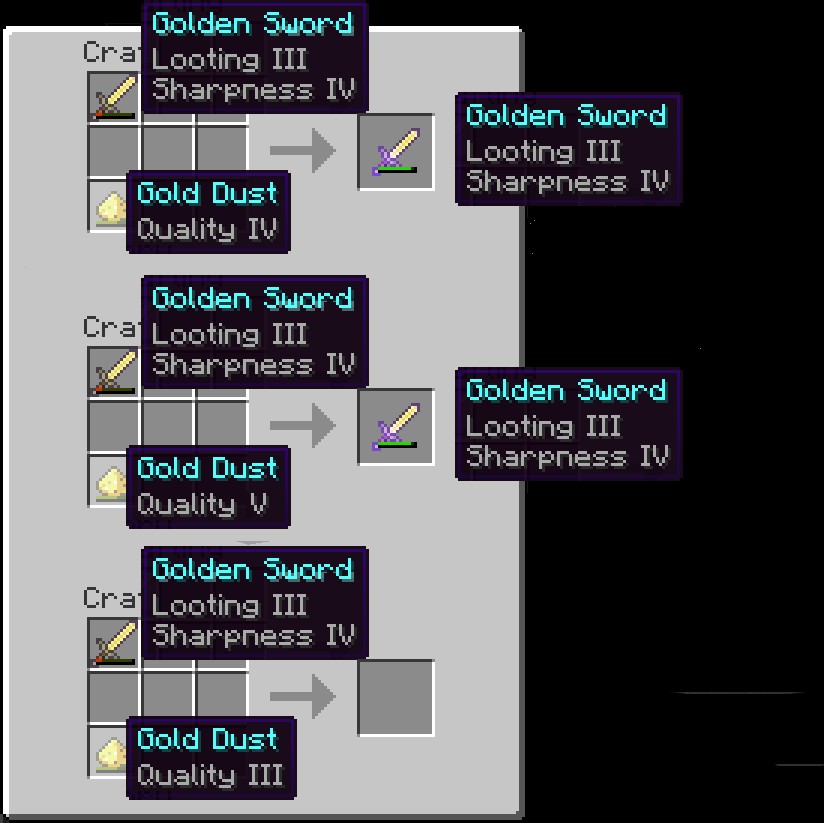 100 Play
Sharpness is probably a must for combining a good sword enchant combination because it allows the sword to do more damage in general. The level of sharpness can go up to 5 and sharpness 5 paired with knockback or fire aspect will be very powerful. Now to some less sought after enchants. The bane of arthropods deals more damage to arthropods, for example, spiders or endermites. There is really no use for it unless you are going to hunt for mass amounts of string. Next is smite. This one is rarer to get and it is a little more useful than BoA, it deals more damage to the undead, like skeletons or zombie. Sweeping Edge is a hard one to understand as it does more damage while you are doing a sweeping attack. There are other bow and armor enchantments that I haven't covered yet, but now you know more about these sword and tool enchants.
2118 0 Share
5.0 (1)