I have been playing OGame in order to complete the quests ( which have relatively easy objectives ) and I find it to have an interesting concept.This game's concept is very similar to another popular strategy game called EVE. OGame is an online space stimulation, strategy game. It can be played on any devices on a browser. A somehow ironic aspect of this game though, is even though it revolves on the space theme, everything is 2D. This game is also much dependent on strategy. You can buy buildings, ships, research and more with your resources, crystals, dark matter, energy, metal, deuterium. There are many different research topics to do ranging from espionage to combustion drive. You can also join alliances with other players, as well as find buddies whom you can play with. With an alliance, you can coordinate group attacks. 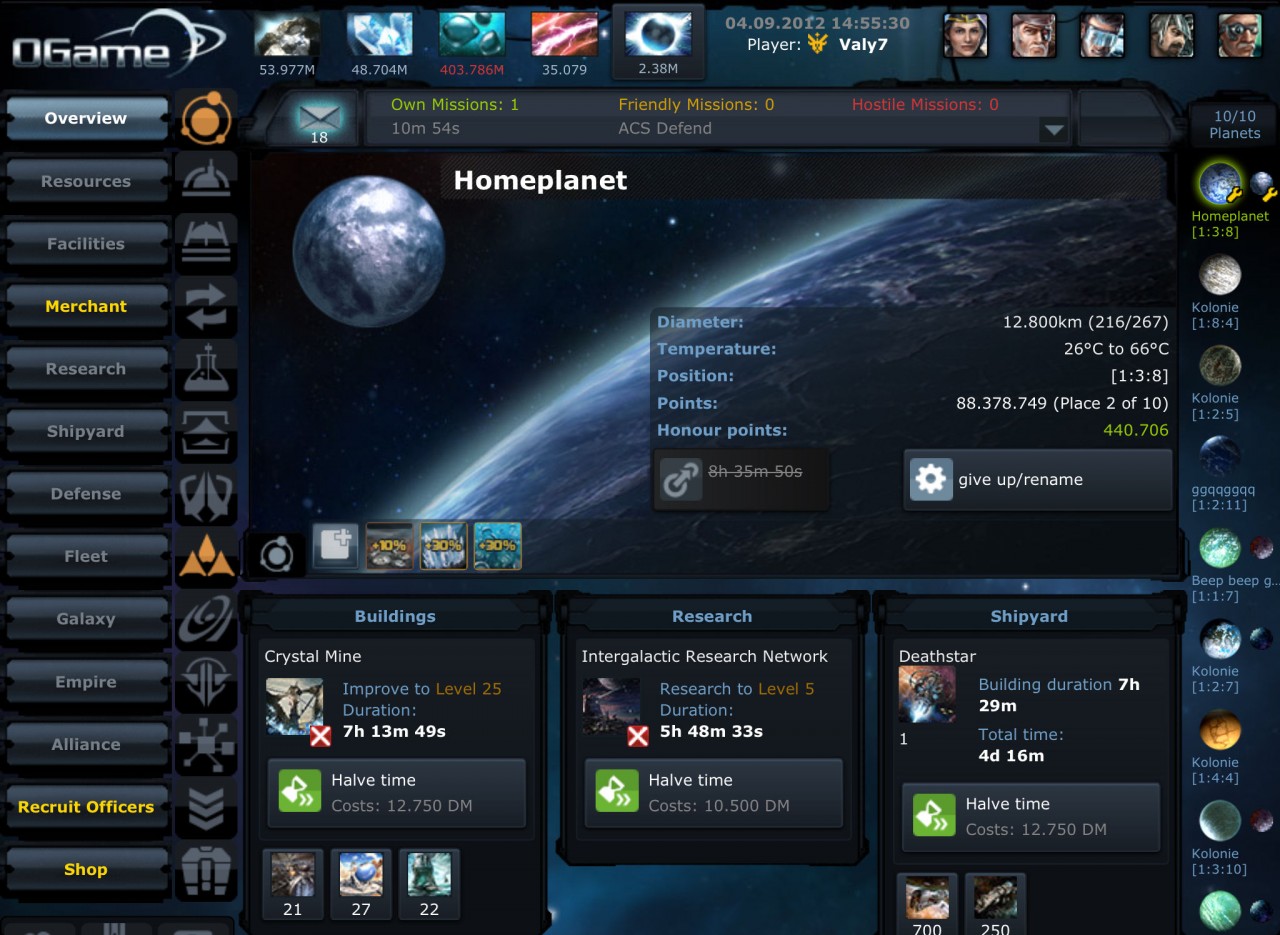 By playing this game you can get 100 Play
How you get better and improve is to collect resources, creating a solid fleet in shipbuilding, upgrading your facilities and defenses, and colonizing more planets. In order to get more resources, you need to upgrade your facilities that gather raw materials such as crystal, metal and deuterium. You have to complete different tech trees in order to be able to move on into building bigger projects. For example, in order to get espionage probes, you need to first upgrade your espionage technology to level three. In order to upgrade your technology you need to upgrade your research lab, and so on. There are many ships to choose and build from, which gives the game more variety. This game also requires alot of waiting around for things to be built and resources to be collected. This may bore some players who are more into MMORPG. 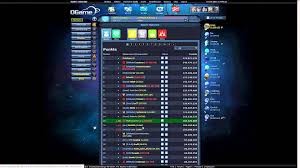 100 Play
As I mentioned in the previous paragraph, there's alot of waiting in this game. You might as well do something else while simultaneously playing OGame, just for efficiency sake. There's not a bunch of action, it is just clicking one thing after another, which made me lose interest in the game. Because of the way it is structured, this makes level grinding non existent, because it is more like chess than anything else. Other than that, there is really nothing wrong with OGme, that is just how they developed it to be. Even though it is all 2D, it is still aesthetically pleasing to the eye. Everything is organized in an easy to comprehend manner. It also doesn't require any real skill, it is a very casual game.