The game you start with a few champions, you can acquire more champions if you buy them with money from the game, either gold or crystals; but you can also buy a pack the founder's pack with which you can buy the champions and every time a new champion comes out you can have the chance to play with this new character.

Within the game you will find champions like Support, front line, damage and flank. For each category you can choose between a number of champions according to the role you want to play in the game. By playing this game you can get 100 Play
The mechanics of the game consists of two teams of five people, you can play with people you do not know and with whom the game matches you or you can put together a party with your friends and score the games.
The idea of ​​any of the ways is to win by eliminating your enemies, who are reborn after a time of being killed and the same will happen with your allies.
one game mode is:
Siege: Capture the objective then push the payload. That is, you must capture a target indicated on the map and after it is captured, a charge will appear that you must push along with your allies to the enemy base. The enemies must do the work of preventing the cargo from reaching its base.
In this mode, capturing the objective grants a point in the score for your team. Placing or defending the load will give another point for who achieves its goal, Win who gets four notes first. The end point must be obtained by capturing the objective. 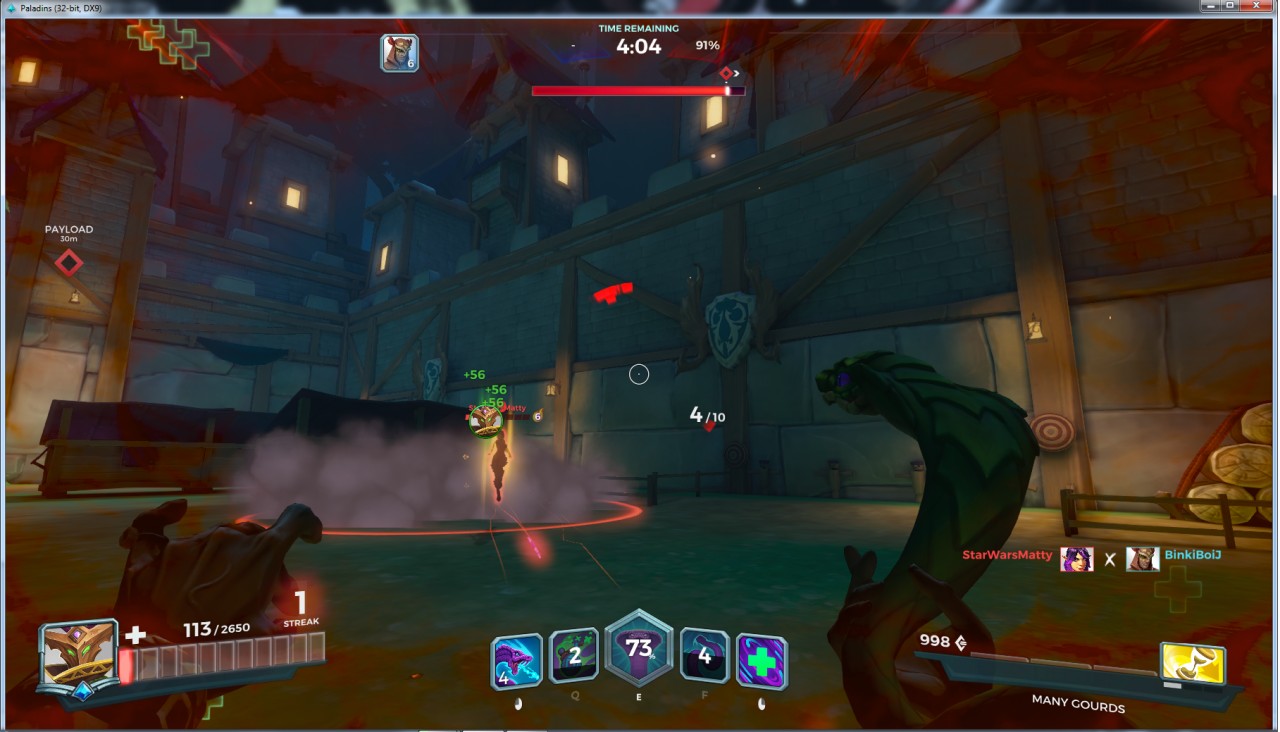 100 Play
Another game mode is:

There are also other game modes, but I prefer to leave them with the curiosity of knowing them so that they are encouraged to play this excellent game and enjoy it as much as I have.