Roblox - A review of the game

Roblox is a free to play game that is mainly targeted towards children. It allows players to create their own maps and game modes, although separate software that is also free needs to be downloaded to do so, that they can publish online and allow other players to play. Alternatively, players can play other maps and game modes that have been created by other Roblox players within the community. Because of this, there is a large amount of content for the player to play including game modes ranging from platformers to tycoons. When playing a game mode, the game allows players to give the created content a rating out of five stars that allows others to see how good the game mode is. There is also special sponsored events that include game modes and content related to the sponsor such as a current event based on the upcoming film Ready Player One. 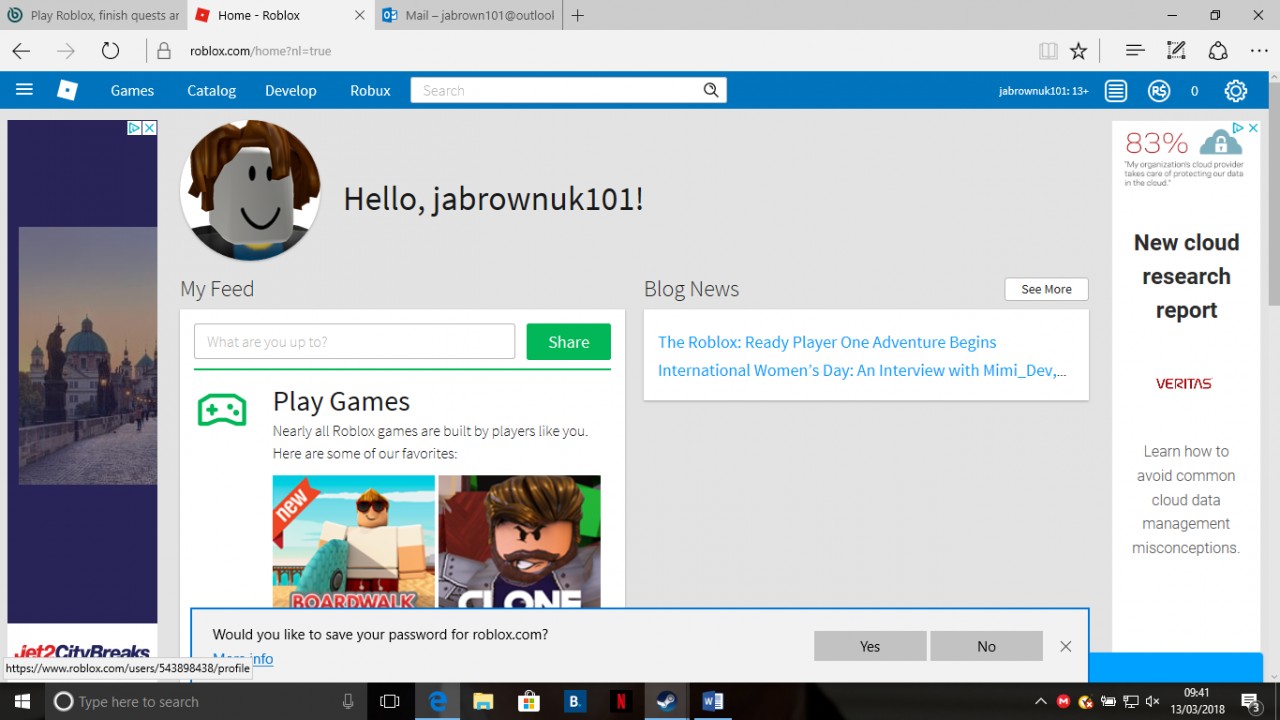 By playing this game you can get 100 Play
The game also includes a variety of customisation options that allows the player to customise their character. Some of these customisation options are limited to certain maps and game modes that the player can only access them whilst playing. Other customisation options require the player to pay with real life money to get some in game currency known as Robux. This in game currency also allows players to have access to exclusive advantages, such as better gear or more starting cash, in certain game modes too which may be seen as unfair to players who want to play the game without spending money. Whilst playing the game, the player can communicate with other players playing the same map or game type. The player can also add other players to their friends list and invite them to play with them on specific maps and game modes. 100 Play
Certain created maps and game modes, such as racing maps, allows player to access vehicles that are otherwise not accessible. These vehicles includes a variety of cars (such as sports cars), vans, boats, planes and even helicopters. This will surely excite players looking to play a racing game or an open world game similar to Grand Theft Auto. The game's interface is simple and easy to use allowing young children or computer illiterate people to be able to access and play the game with relatively little problems or issues. Overall, I would recommend to game to people looking to pass the time as with the variety of content available, players will likely find a map or game mode they enjoy. Plus, as the game is free to play, there is no harm in simply trying the game to see if it is to your liking.
1047 0 Share
5.0 (1)