Hosting server myself and with role Admin

When i try hosting the server in my PC, that just simple because download the server.jar, but when it come to download at curseforge, is difficult it set the mod because i need to watch and watch the different tutorial at youtube. But when i run up the server and crash because out of memory, my mind thought 1gb is not enough for 20++ mods. As the main hosting server, i need to check the log everyday i wake up because i need to find if somebody cheat inside my server. Some mod might not working because not support for the specific minecraft version and i need to find the other mod similar, and some mod will look exactly same but not same person who made it. After i host the game few week later, i find out that server.properties was so cool to edit motd(message of the day) that allow me do some stuff to keep my server interesting. At sometime later i set the white list on for the people who been play in my server more than a week then the people who do not more than i, i request the fill a google form for allow add to white list. As server admin, i got all permission to bully other person when their try steal my item. At someday, one person try destroy the building that my friend and I build, i ban him forever and he so mad about a week later. For my server not very much people play on it only got less than 100 people. Sometime people try challenge me and i will tp him to somewhere high enough to fall to die and then he left the server. Some player just join the server for first time then inside 1 minute he will leave forever, storing their data kind of useless. Above photo is the people who play longest time in my server and i grant him to fly. And the below photo is I bullying one of my friends with zombie spawn around him, he was like peace before i spawn it up. Because he got diamond suit, he success kill all the zombies. Also after bully someone, i will reward him by giving rare item. Lastly, this game is infinity creative when your are creative but not me, i just build it some cheap with stone only, and inside it got bed and chest and something else. 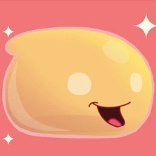 When I host server long time, host on myself pc seen to be expensive then i try a couple of online hosting and for cheap price, find out when i come to cheap but the ping will high for me and my friends because server location problem. So need to do is get the hosting location as near as possible because ping really the issue for me and my friends. When you don't pay to the hosting website, their just stop your server and tell you need to pay. For some hosting website, their will give a nice interface about the setting, example choose what server version you need to, which server type without upload the server.jar myself to the ftp their given. Also some website support install mod directly from the website, but so difficult the edit the config file in the website, you need download edit and upload again then run up the server check if the mod got issue or not. Fun fact is you can install whatever mod you wanted without download the mod itself form curseforge or bukkit. Sometime the mod also got problem because not update it itself and got log at the console.