I am bread review, are you bready?

I am bread is a game available on: windows, android, PlayStation 4, iOS, Xbox one and macOS. It is described often as a mix of a simulation and a action/adventure game and I personally feel this is very accurate and appropriate description. The plot is essentially not existent however so if you are interested in plot heavy games I would give this one a pass. The premise is very simple you move around as a bread slice in a attempt to become toasted. You however being a piece of bread do not have limbs so have to clumsily climb and hobble around. This is very much where the chaos begins as you also have a edibility meter. If your bread gets dirty from being on the floor or on inedible objects getting lodged into it will decrease your score. It will also decrease your score however if you take a very long time so time is very much of the essence in this carbohydrate filled game of chaos. There is also the option for not only solo but multiplayer so you can be bready for a fun time with them. 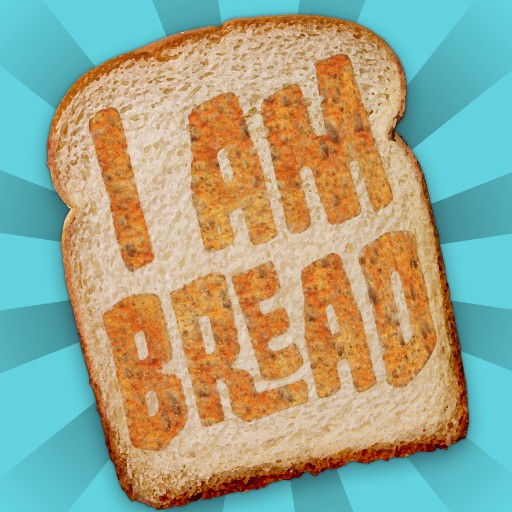 However if you happen to be the only bun in the box you still can enjoy this game very much solo. This game while very much rage inducing is inclusive and fun for all, so I would encourage anyone whether white or whole wheat or otherwise to play. There is also a whole loaf of creativity and thought put into this game as there is a lot of different methods to achieve your aim. However as the levels change the room you are in also happens to change meaning you must think outside the bread bin. Often however you will need to jump onto or climb up various objects in a room. However you also have a limited grip time period so this can be one of the incredibly large ways you can fall on the floor and dirty your buns. You can however help yourself by slathering yourself in butter if you need to slide around a bit faster or in strawberry jam if you wish to have a bit of extra grip factor on surfaces. However like in real life I would very much avoid objects like fish bones on your bread as it may get caught on things as you try to get toasted. 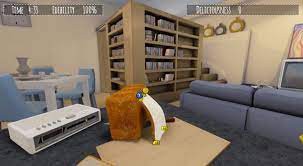 I also would implore you to add some creativity to your toasting methods. While the traditional toaster is a very viable method it is also not the only method available within the game. if you are as brave as a tiger loaf you may want to try teetering around the sink to be toasted on the hob fancy style. You also can be toasted under a lamp with some effort among quite a few other methods. As for the graphics and soundtrack they are slightly above average. The soundtrack can be a tad repetitive but overall very pleasant and cheerful in a way that fuels your rage when you fail for the twentieth time in a row. As for the graphics they are actually very solid for a game of such a price and very detailed. Overall when playing this game you ill either have a brand new appreciation for the struggled of being bread or decide to take up a carb free diet. Besides this however it is a whacky, wild game of carbs dirt and chaos and for anyone who enjoys rage fuelled games and platform style games would enjoy this game very much.