Minecraft: A Realm of Infinite Possibility

Minecraft, developed by Mojang AB, has been at the centerfold of gaming since its conception back in 2009. Just earlier this year, Minecraft reached a total of 176 million copies sold. For reference, GTA V had sold 110 million copies as of the same date. That's just over half of Minecraft's sales! This renders the game as one of the most sold pieces of electronic entertainment ever, and there's no sign of it slowing down anytime soon.

So, the game is popular — nobody can deny that — but what makes a world consisting solely of materials compacted into cubic meters so great? Well the answer is simple: the creative inclination. Since its release, Minecraft has been one of the most creatively fulfilling games out there, and that's no lie. From gargantuan rustic castles, to sprawling modern cities, to fully functioning computers; if you want it made, it can be. The sheer number of possibilities is so unfathomably large, you might as well call it infinite! Minecraft boasts multiple different 'gamemodes' that allow for individual play-styles, and support their own in game functions. The most commonly revered mode is Creative, which grants you invincibility, flight, and unrestricted access to Minecraft's catalog of blocks, items, and developer tools. Fans of the game can often be seen creating impressive structures and custom maps using Creative mode. Nobody can tell you what you can and can't do here.

Survival is Minecraft's core gamemode, throwing you into a randomly generated world of 60+ environmental biomes, complex cave systems, unique structures, intimidating underground dungeons, and more! With nothing but your fist and the need for food, you build yourself up the ranks in an endless adventure. Whether you wish to live on a secluded farm, explore to the far reaches of the world, or travel between dimensions to conquer foreign plains, Survival provides you with the bare means to do it — just don't go out at night, lest the monsters that lurk in the shadows come for you...

Multiplayer allows you to play with friends and foes in a world and gamemode of your choosing. You can play in your favorite Survival world, most impressive Creative world, or a completely new world, untouched by time. Multiplayer also has many different already established servers such as Hypixel and Mineplex that host room for thousands of players, dozens of mini games, and custom games to be played over the internet. This is where the memories are made. 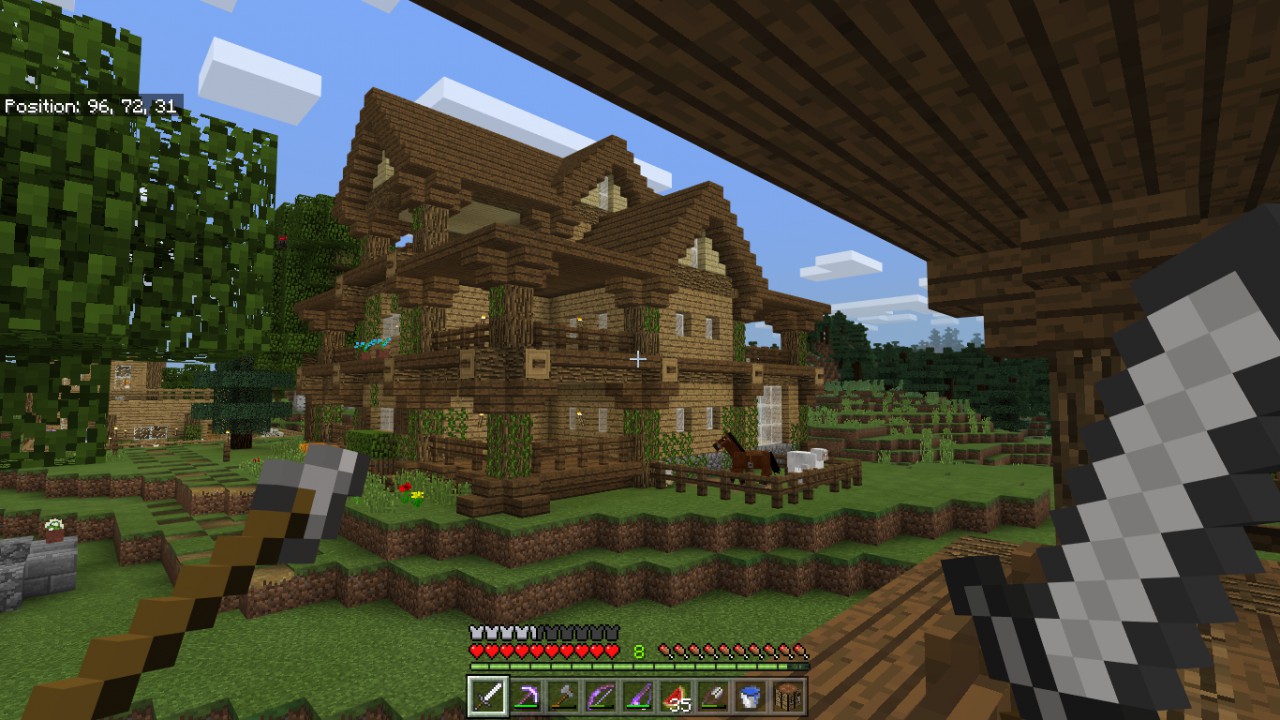 The Minecraft community is ruthless in their mission to create, which is why the game's possibilities don't stop there. Longtime creators, modders, and builders have created thousands of unique mods that add brand new additions to the game using Forge, Minecraft's mod launcher. Everything from a new crafting recipe for that pesky item you want earlier on, to hundreds of innovative dimensions, biomes, creatures, and items you've never seen before, the Minecraft modding community has a passion for creativity that refuses to stop at the limits of imagination. Players have also compiled these mods into 'modpacks', that house dozens of awesome additions that turn Minecraft into a completely different game. With mods, infinity just got bigger.

Needless to say, Minecraft is a gateway to your own creative hubris — but that's not all. Minecraft is a game that lets you appreciate the details of your choosing. The sound of the water rushing by the creek, or the forest filled with wooden houses you and your friends made... Amongst all the complicated possibility, the real star of Minecraft is the simple concept: the fact that no matter how you choose to play the game, you play it your way. Minecraft is whatever you want it to be; it's an infinite realm of possibility.