Hitman: Blood Money is an action stealth game developed by IO Interactive predominantly set in several places in the United States. You play as Agent 47, a longtime operative of his contract agency, the ICA (International Contract Agency), which is rivaling with a new and more powerful agency only known as the Franchise. 47 and Diana, his sole handler, believing they may be a target, travel to the US, continuing to run the ICA while it continues to lose its best assassins and operatives. It was released for the Playstation 2, Playstation 3, XBOX, XBOX 360, and PC.

The 4th installment of the Hitman series, Hitman: Blood Money is a vast improvement from its predecessors, implementing several new features such as the so-called 'Blood Money' system; through which mission completion now depends on the methods and ways used to kill the target. Contrary to its predecessors, Hitman: Blood Money makes use of a new engine, giving it impressive graphics which hold up to this day and a more immersive gameplay experience. 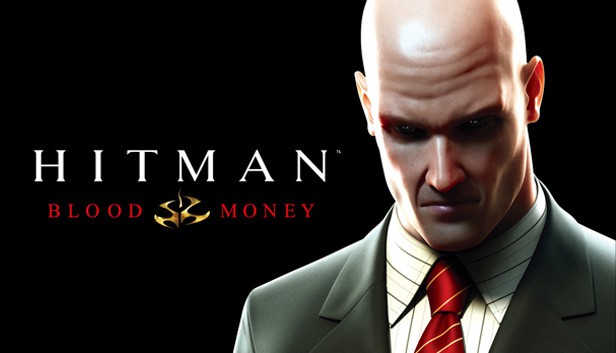 In my opinion, Hitman: Blood Money stands out from most stealth games. Its levels are detailed and vast, and offer countless opportunities to carry out hits in the most creative and sometimes peculiar ways, making them replayable. It has a refined rating system that decides how 'clean' your kills are, providing rewards depending on the way the hit was carried out.

Graphically speaking, the game looks gorgeous and the graphics still hold up to this day. In certain levels, the weather can be quite immersive since it is set depending on the mood of the level and therefore it makes quite an immersive experience.

While it seems more focused on the gameplay aspect, the game does have an interesting storyline. The story is told through cutscenes and some character lines during gameplay, and it adds up to the intensity of the game. Overall, Hitman: Blood Money is an outstanding game with an immersive gameplay, unlimited replayability, interesting story and impressive graphics. And while the Hitman series has progressed quite rapidly throughout recent years, with certain innovative aspects added to the new games, Hitman: Blood Money sets a precedent for series' future.

While it did set a precedent for future Hitman games, and possibly other stealth games, it also has its own disadvantages. The game has stiff and counter-intuitive controls. Its tutorial, meant to be an introduction to the game, fails to introduce several key aspects of the game, confusing newcomers as to the way the game is meant to be played. It is also easier than some of its predecessors, stifling some of its immersion.

These disadvantages, however, are easily overshadowed and are merely testaments to how fun the game really is. And although it can be very easy, there are a lot of ways to bring in some more challenges throughout your gameplay.

It remains a staple among longtime fans and new ones alike, and it certainly earned its place in the gaming hall of fame.