Why Team Fortress 2 is a Great Game

Team fortress 2 is a silly classed base shooter that can be very fun to play. I have 487 hours on TF2 and I still have so much to learn about the game. There is so much content to enjoy and each class can take different times to learn the necessary skills. However the best part about team fortress 2 is the community that whole heartily supports the game. There are plenty of community made videos, animations, game modes, and even maps that keep this game alive. Team fortress 2 can be a difficult game for beginners to get into, as it will take a lot of time to do well at the game with a lot of practice. It's best to stick to the casual servers until you have a good enough grasp of the game to go into community servers where things get crazy. Below you can see a mario kart themed community server. 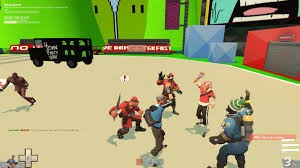 By playing this game you can get 100 Play
Earlier I claimed there that 478 hours on this game is not enough to know everything about it. There is so much to learn about this game that you could have 1000 hours and still not know everything. There are so many tips and tricks in this game that could save your life in a battle. A well know example is rocket jumping on the solider class. It takes so long just to master this one skill and when mastered you can fly across the map killing enemies. Another class that can be difficult to master would be the spy, because everyone knows how to spot a spy in this game. You have to use new spy tactics every time in order to be successful. Luckily there are plenty of youtube videos to teach you about the game, and you may be lucky enough to find someone who is willing to teach you about the game. 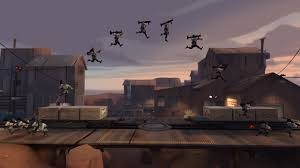 100 Play
I would be lying if I said this game was perfect. One major problem would be that this game is ten years old! That means plenty of bugs to exploit and it takes forever for them to be patched, mainly because of the small team of developers actually working on this game. The developers also seem to not know their own game making plenty of questionable balancing decisions. Another fault would be the community, earlier I said that was the best part, but it's also the worst part about the game. The community is very protective of their game ,can be quite rude to outsiders, and are constantly debating which class takes the most skill. The players that get the most respect on the game are the ones who buy the most expensive items. The community also enjoys memes, any meme can go and sometimes things said in chat aren't PG. Other than those faults team fortress 2 is a great game for players with a lot of time on their hands. I'd say the biggest problem of all is the frequency of hackers at times. It's easy to create an account and download an aimbot and they are so hard to kill, but you can simply get the enemy team to kick them from the game. I truly believe anyone who is willing to spend time on team fortress 2 will enjoy the game.
1681 0 Share
5.0 (1)