Welcome to my review on Pocket Starships! Let's begin, shall we?

1. Table of contents
a. Review
b. Stuff in game
c. Pros and cons
d. Tips and tricks?

Review: This game is actually pretty fun for a browser based space battle game (not saying much...). It is set in a galaxy, and you fight, mine, and play with friends. Now, you can't really tell how good it is right now, for all you know I could be talking about a Minecraft server or something.

First off, this game is set in space and you are a ship fighting for one of the 2 clans, the Varians or the Shards. I chose Varians, but it honestly doesn't matter. First, you set off, destroy some noob pirates, and mine some rocks so you can produce weapons! It is actually quite fun to mine, as you don't know if you might get Sunlight (the premium currency) or a shovel, which you use to make weapons (don't ask me how). Craft more ships, and advance to new levels. Play with friends, take over the galaxy, and have some fun! 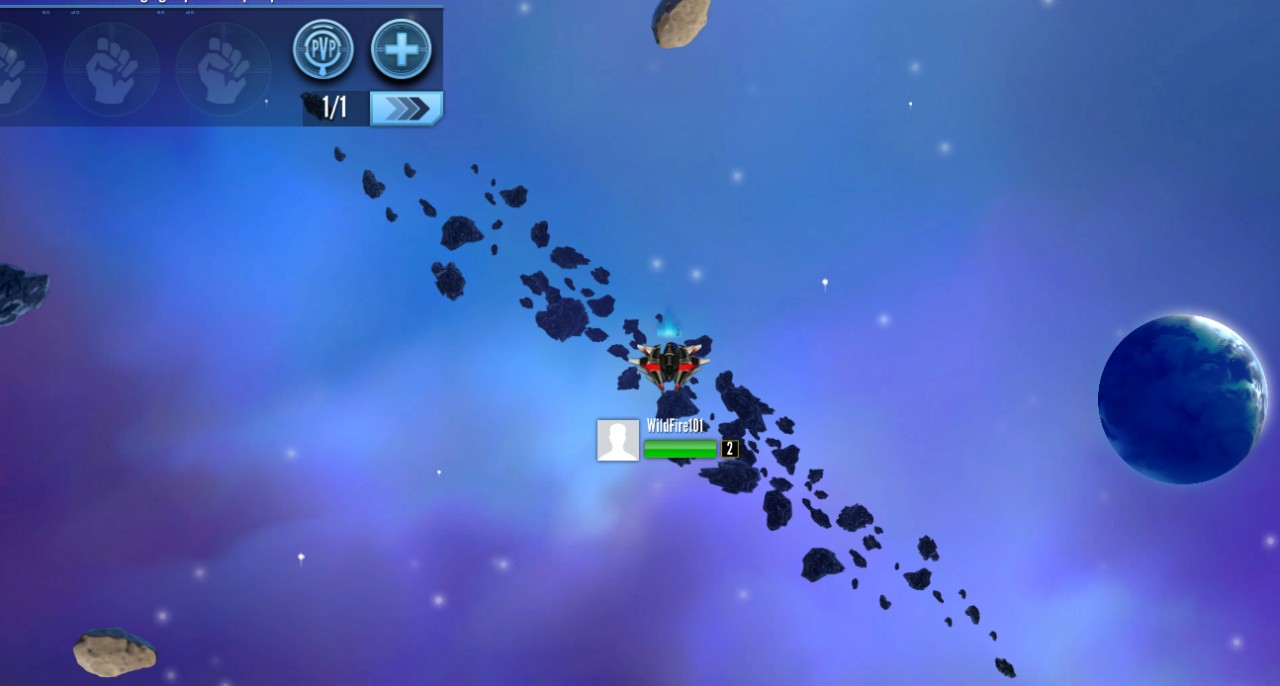 By playing this game you can get 100 Play
Stuff in the game:

Your ship: Upgrade it as you progress further in the game. It increases your stats!

Jumpgate: How to get into the galaxy.

Your faction: When you enter the jumpgate, you have your territory, the pocket galaxy, and the other team's territory. Your goal is to control as much territory as you can so you can win the domination, or the contest.

Shop: Use Sunlight to purchase items

Weapons: You can equip 2 weapons max. You start off with a laser gun that deals 300 damage. It's decent!

Clans: Join up with friends to take over the galaxy together!

Fightgroups: Join a team with people to take over the galaxy! Like a clan, but only 7 people can join and doesn't last after you leave the game.

Quest bots: Send bots on quests! I recommend doing xp so you can get those measly bananas.

Storage: Where you can find all your stuff, like your refined loot, parts, and gift boxes (You win gift boxes from winning dominations).

-I guess an "uncommon" game concept (I've seen other games like this, not a ton. Most are like "build a base and conquer the world" or concepts like that. ex. Good Game Empire).

-Relaxed game, nothing really competitive (could be a pro or a con).

-Glitches (you can't stop moving in one direction, you can't shoot, etc (not every time it happens)).

-Not a huge map, could get boring

-Game seems to make it so you have to get lots of resources to construct certain stuff for quests. Annoying, but it's supposed to be a game where you also need to grind to make good progress.

Overall I guess it's like most games: It has it's pros and cons. Even though there aren't many cons, I think this game is pretty (overall) bad.

1. If you want to get levels fast (for the Bananatic quests, or if you want to just level up to actually play), ALWAYS SEND 1 BOT FOR XP! It is super helpful and will help you in the long run.

2. Complete quests. Always. They reward you with lots of XP

3. This one is a weird trick, but if you go into the galaxy and try to attack a pirate base, after defeating their base (super easy) and then constructing your outpost, try to wait before killing all of them. Once I did this and gained 1k (or 1000) xp. Leveled up.

4. Don't just attack random outposts for the XP, why not attack one that can actually give you good stuff? Need some Redrock? Go do that, instead of going to a place where all you can get is... Moonrock. Kind of an obvious one, but it's a good reminder.

I know this isn't as high quality as my other reviews, but it's really hard reviewing and trying to also stay kind of positive. If this one gets accepted, HIGHER quality ones will be coming out! Comment which ones you want, and maybe I will do yours!