So as many CS:GO players have come to realize, unfortunately, is that Valve, the real creators and owners of the Steam Market, implemented a trading ban almost a year ago, and it still has such a large impact on the CS:GO Community today. Before the trading ban was established, the community market of CS:GO was booming, and it was quite easy to work your way up from a few bucks to an actual knife, which if you've watched and are involved in the community of CS:GO, will realize that it's a huge deal to manage to do that today. It had such a large effect on how people traded and profited, in fact, it made it extremely difficult to profit, which made it extremely difficult to achieve the common and amazing goal of new users in the past and of today, to manage to GET A KNIFE with only $5-$10, which can cost hundreds and hundreds!
Monument Valley’ (2014) has over 1 million downloads, ‘Hocus’ (2016) over 5 million and Mekorama (2016) now has over 10 million. Have you played any or all of these yet? Which one did you start out with?


These numbers say something about what we look for when we browse app stores for latest games for our smartphones and tablets. A lot of us don’t want to be completely taken over by non-stop shooting, or having to build up entire civilisations for combat, or diverted by yet more physics-based, quick-tapping bicycle hill-crashing capers.


However, what about an addictive brain-tickler where a 3D puzzle-realm unfolds serenely and atmospherically and that can be solved by exploring quietly? A game where we not only feel like we’re exercising our minds, but also sharing in the challenge with others (or eager screen-loving kids).

From ‘Monument Valley’ to ‘Mekorama’


There is clearly huge space for these games in the lives of ordinary, busy, even balanced (!) smartphone bearers.


‘Monument Valley’ was an almost spiritual 3D puzzle-scape experience. Made by Ustwo Games, it took you into confined wonderlands of leisurely exploration infused with intriguing, ambient sound. However, these areas were also expertly designed puzzles. They varied beautifully from one to the next. You didn’t feel too overwhelmed when confronted by their inner complexities and this was a big tribute to the way they were designed. In other words, they appeared complex but were so interesting you tried them anyway and then discovered… that none of the levels were actually all that hard. They could be solved more by intuitive movement than any intense, chess-like strategy (that, let’s face it, has never been much fun). You could even call it a brain-tickling adventure. There is now a sequel available.
‘Mekorama’ (made by Martin Magni) is the younger brother to ‘Monument Valley’. He’s less artistic, more fun-loving but also loves lego or robots and everybody spends more time with him. It features a small, amusing robot who also needs guidance from A to B within a dense assemblage of block-types. It also has an editor so you can create levels and share them with others via a simple user-friendly level designer. Huge possibilities open up where everyone can potentially help to expand the game (and promote it).


You could describe ‘Mekorama’ as a game for all the family, less sleepy than ‘Monument’ and made with more fun, versatile graphical elements. The result is another of those games that makes you feel good about your smartphone. It’s that delicate art of tapping into all that Minecraft creative gold, while also having a challenging single-player aspect and being hugely accessible.


And it is accessible. The game is offered for free (which also explains the 10 million downloads of course) and where instead of interfering with gameplay via annoying ads etc, we are simply invited (via a largely hidden menu) to tip something on the basis of what we think the game is worth. It’d be great if all apps did this!


Mekorama’s quality of being lego-like as opposed to artistic means the developer has been able to include this custom level creator. I didn’t even think of my own kid as a budding 3D level designer until he’d nearly finished making one. It’s not an off-putting component and it doesn’t take long to start getting a feel for. However, creating a more devious level takes more work, which is where parents can join in.


In terms of a worthwhile, universal and creative game you can’t find much better, and with such massive choice out there, one feels the need for guidance and being selective. It’s our time on the line, after all.

Other worthy mentions in the app store: ‘Hocus’ and ‘Captain Tom Galactic Traveler.’ And from other genres (but also great diversions): ‘Alto’s Odyssey’ and ‘Roll the Ball’. 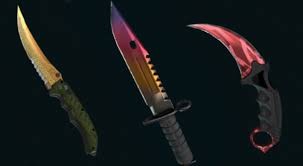 Now lets talk about how, why, and what the trading ban was created. Now in this article, we are only talking about one specific trading ban, and the main one. Others can be from enabling Steam Guard, which gives a 15 DAY BAN, or the Steam Mobile Authenticator App, which you have to wait 7 days before using. In other words, there are quite a few other trading bans, but the main and the most difficult one is the one I am discussing now.

"What is a trade ban? A trade ban prevents a Steam account from using the Steam Community, including trading and using the Steam Market. A trade ban can only be applied by a Steam employee. Trade bans are mainly associated with accounts that commit scams," this quote is directly from Steam Support.

Basically Steam accounts cannot sell, trade, or give the item you have just received to anyone for 7 days, if you bought the item from the Steam Market, someone sent it as a gift, or you got it off someone by trading. As you can imagine, that's quite bad when you have a huge inventory full of items that you are working to profit off of and then all the sudden, BOOM, trading ban comes along and completely cuts your business in half.

The reason why the trade ban was made was to prevent the use of multiple accounts, scamming of all types, and of course, to increase the profits made by Steam and Valve, as people become more desperate to get their skins out there before it's to late.

This is extremely infuriating and has completely destroyed the Steam Market, and has made a lot of people angry, including myself! Now let's see how it effected the Steam Community and the market itself.

Well the first thing it did was it lowered the amount of scammers, which is a good thing but we had to pay, in my opinion, to big of a price. Then it ended up ruining business for thousands of people. They depended on the quick trading to really make a bundle, but now that that's gone, there profits were blown to bits. Of course they still had those items and all, but now, instead of taking, lets say a week with trading to get a knife, it would take multiple months to achieve the same goals as the people had before the trading ban. Now the new players had a large disadvantage. They couldn't achieve what the higher players already did without spending much more time than necessary to get that single knife!

The next thing it did was ruin the very popular betting sites relating to CS:GO skins. This ruined the profits of the users on the betting sites and the site itself. Truth be told, even though the 7 day trade is implemented, the only real way to get a knife these days without spending loads of time or depending on cases, is using the betting sites.

What it did to the community was ruin the hopes of new players along with ruining the profit and business of multiple sites, users, and pro players. It destroyed the community and sadly, ruined the chances of us remotely new players on being able to accomplish the dream of finally getting a knife without spending to much cash.

Truth be told, I am a newer player, only joined three months ago, and so far, no knife. Hopefully my time will come like all the other players time's had came.

This article is used to educate the people of how the market was, and how it is now. The market is still controlled by us users, and we can make a difference!