In this game we will have the possibility to select one of three characters with ninjas abilities, we can select between gen-Jutsu, Taijutsu, and Ninjutsu, each one can be a female or male character.

In Unlimited Ninja, there are different missions that are divided into different categories, the missions from level 1 to 10 are called the genin tests then come to the missions of chunin, jonin, anbu, Kage.

In Unlimited Ninja, I select the character who specializes in using genjutsu, at first it was a bit difficult to defeat all enemies, but this game gives us the option to recruit different ninjas to help us in our missions, which allowed me Finish the missions that I could not complete using only my character.

By playing this game you can get 100 Play
Unlimited Ninja has a good design when in graphics and skills, but what caught my attention in Unlimited Ninja was not the main game, was the "screen loading", while loading the game when starting or traveling From one city to another, allows us to play a small mini game, in which we can be Naruto or Hinata and collect objects, this is something very different and unique.

Each character in Unlimited Ninja is made with 3D models and the soundtrack in battles combines very well with the game because it is the original soundtrack from the series. In this game there are secondary missions and the main missions, the main missions have names that honor the missions and ranks from the series of naruto, these have the name of “Path of the Hokage” since it refers to the dream of Naruto to be Hokage. 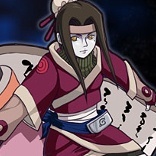 100 Play
Unlimited Ninja is a good game but despite all the positive things this game has it has a big mistake and one of the things that can make many people not get to play it.

In addition to this the battles from Unlimited Ninja has a limit of turns for battles, they give us only 20 turns for each battle and if we do not defeat our enemy in that amount of turns we will have lost the mission and we will have to start it again, in the PVP when they finish the 20 turns the winner will be the one who has more HP but since we do not have the possibility to select which attacks to use in battle, that makes it very boring to play it.

So I do not think that Unlimited Ninja is one of the best games based on Naruto, there are many and better games that are of this same modality of game.

if Unlimited Ninja changes this style of battle is likely to be a great game, so Otherwise, I do not think many people will play it.
1659 0 Share
5.0 (1)