Unturned is a survival/crafting game that is focused on surviving in the middle of a zombie apocalypse. It was made by one person which is pretty cool for such a big game. While the game does have graphic that leave much to be desired, the game play itself is pretty entertaining if this is the kind of game you like. It can be compared to minecraft in terms of graphics and the building/crafting system that is in place (Although Unturned is more advanced in both of those aspects than minecraft.). It isn't a sandbox/randomly generated game. There are specific maps you can play on. This may seem like a turn off at fist but once you get used to the maps, it makes game play easier and allows you to get better items, and make better bases/weapons etc. There is also a multiplayer aspect to the game 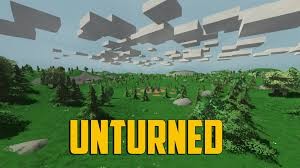 By playing this game you can get 100 Play
One thing to note about the game that I myself and many other people I know have mentioned is that the whole game is free to play. There are in game purchases but most micro transactions that happen are for aesthetics and are rarely for things that could make the game have a play to win aspect that many other free to play games have. The game is more easily played in single player, unless you have friends who you play with. It is hard to play in multiplayer sometimes because players may be more powerful than you or just plain unfriendly towards you. Playing in single player also means you get all the loot to yourself! The game is compared to Minecraft and while it is kind of true, the game is different in terms of fighting, items, and a lot of mechanics. Both games are good but different. 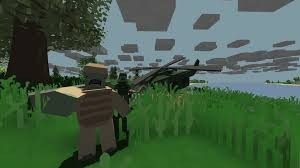 100 Play
While both Minecraft and Unturned have crafting and building aspects and both have blocky graphics, Unturned differs from Minecraft in a good amount of ways. One way is that the crafting system in Unturned is much more complex and really makes you have to play strategically. There is also more pressure to survive, there are zombies almost everywhere and they are not the easiest to kill. Though the game does have faults it is pretty good. It can be complicated at times and you really have to think about what you're doing, which can make the game all the more fun. I would suggest this game to people who have played games that have crafting systems just to make it a bit easier. The game can be very difficult at times so even though it looks like a pretty simple game. I recommend it to people who like strategic survival games.
1675 0 Share
5.0 (1)