I am no pro at Warframe but I do play it a lot and know some stuff. This will be a tutorial on how to utilize the movement system in Warframe as it is important for getting around and such. This will most likely not cover EVERY maneuver in Warframe, as I only have about a month's worth of experience with Warframe.

Wall Dashing:
There are two types of dashing, horizontal and vertical.
Horizontal - Run at a wall at an angle less than 70 degrees and hold jump and you will start wall dashing.
Vertical - Run to a wall and hold jump while facing the wall. By playing this game you can get 100 Play
Aim Gliding:

While in the air, aiming with your weapon will cause your frame to glide in the air as seen in the image above.

This is incredibly useful for covering long distance or for taking out enemies from above. Aiming at enemies is not hard at all as you may think and is actually pretty easy to do. It's very versatile and can be used for a lot of things.

This jump is probably the most important and the one you will be using most of the time to get around the tileset. It can be performed by pressing the crouch and jump keys at the same time. This will propel you in the direction you are facing and can be very useful for getting out of situations such as, swarms of enemies or evading an enemy you don't want to fight or anything else really, but the main point here is that bullet jumping is very useful in almost every situation and you should use it almost all the time. 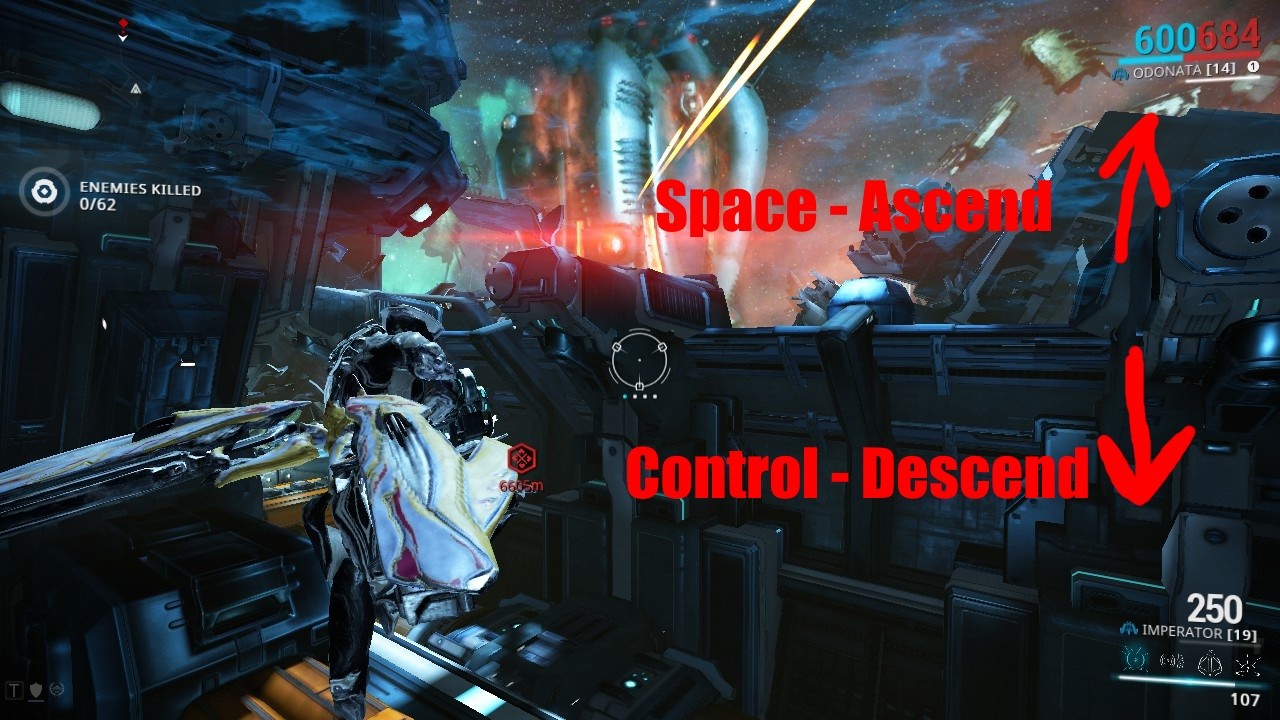 For the archwing, you will not have this until later into the game, but it's better to know how to use it before, as it's hard to get used to when you first try it and you will crash a lot.

Keep in mind thought you will not instantly stop, for example, if you are trying to stop, it will have to slow down all the way to stopping speed, that's important to know.

Now for the final part, this may be more advanced but you will get used to it.