The gem of the free section on steam!!!

Warframe is my favourite game, so I can get a little bit objective. I am not a blind fanboy wich dosen't see the mistakes, but there are so little of them. I will get to the point. I play this game for aprox 2 years now and I really enjoy it.
Playing as many roles made me like it. There are these "WARFRAMES" exo armours wich are controlled by Tenno through transference. There are many warframes, for example: Loki-stealth, Rhino-Tank, Nekros-grinding and Octavia/Saryn-DPS. The abillity of havng multiple BUILDS (mod set ups) is awsome. There are many mods to be had, each of them modifying weapons and warframe, creating play styles, this is one of the best things.
The map in a mision is generated, from tiles, and is called tileset, always being someting else, this makes the repetitive feeling dissapear. By playing this game you can get 100 Play
There are many more good things in Warframe, but the best is being free to play, what I mean is that it is pay to win FASTER, but taking your time it is more then FREE, because the community is awsome, so is the game, even tho there are just 17 quests, they are all very entertaining.
The bad thing of warframe is baiscally GRINDING, the "prime" stuff is vaultedafter some time
and this is kinda annoying, grinding for platinum (in gme curency) for buying them isn't nice, but still possible, but the worst grind ever is Hema.
Overall ,Warframe is a great game wich has it flaws, but they don't matter that much because of all the great things in it, sometimes the problems being the most fun parts.

+ Controls and movement generally intuitive and feel good. Space ninjas.
+ Free to play, with a fairly reasonable microtransaction scheme.
+ Distinct and reasonable visuals and audio.
+ Frequent updates.
- Gets strongly repetitive and grindy after a while.
- Poor community integration, hard to develop meaningful social connections (read: clans, groups, etc.)
- Some content is poorly fleshed out (the Archwing mechanics have been a mess forever) 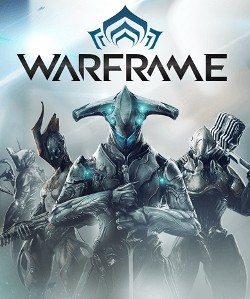 100 Play
Well, DE have tried their best to make a game thats worth the grind and they have managed so far to keep me entertained for nearly 2 years. The game depth comes tru numerous mods some of which are event based. So they are not that easy to collect. Even when you have them u must remember what u have put on your weapon to use it to its full advantage. Until. Until you reach further into the game where it just all feels old and the same as everything else. You will get bored when you realise how much your progress will be dictated by your rank /till r12/ and whether or not u buy DLC... Even with money orientated flaws game still plays fine.

In the end Warframe is a great rpg game that is similar to destiny but is fresh with enemy types, different missions on the many planets in our solar system, you could customize your many items and the tennos which is basically like the guardians in destiny each class with a unique ability so come join the solar system as a Teno and protect our galaxy from extraterrestrial forces.
1956 0 Share
5.0 (1)