Wizard101 is a turn-based MMORPG set in a world of magic and monsters. I remember years ago, where I used to see commercials for the game nearly every day while watching television. It was fascinating to me; watching all the battles and all the characters. Sadly, I was never able to play the game in its prime - but I can play it now. So, here I am. Here to give you all this review.

And, of course; please remember that I will be entering light spoiler territory for the beginning of the first arc of the story. However, I will try and be vague with who exactly is responsible for certain story-heavy actions.

First of all; you may be wondering why this review is titled "Nostalgia Lined with Gold". While that may seem like I am talking about how the game aged well - which it did in some regards - I am not. I am talking about something far worse, as well as my main problem with the game. But lets save the annoyances for later. For now, why dont we focus on the positives? By playing this game you can get 660 Play

Even nearly a decade later, the game's graphics still retain a silly, childish charm. I would say it seems like a combination between the art styles of World of Warcraft and Team Fortress 2; fantastical and fun. It has aged very well indeed, like a fine wine.

The battle system, while admittedly a bit dated, is very well-made. I encountered a grand total of 0 bugs when playing through the first levels of the game, and oh lord, was it fun. I especially loved Golem Tower - the need to slowly whittle my resources down and find the best way to the top so that I could face and defeat the Iron Golem on the top floor. I wish there was a bit of a better reward at the top, or that it stretched for a few more floors; other than that, it's a very fun area of the game.

Finally, the characters seem very charming. I especially love a certain study-happy student who assists you in the first quests of the game. However, there is a reason why I have only talked about the beginning few quests. And it's not because of spoilers, no... 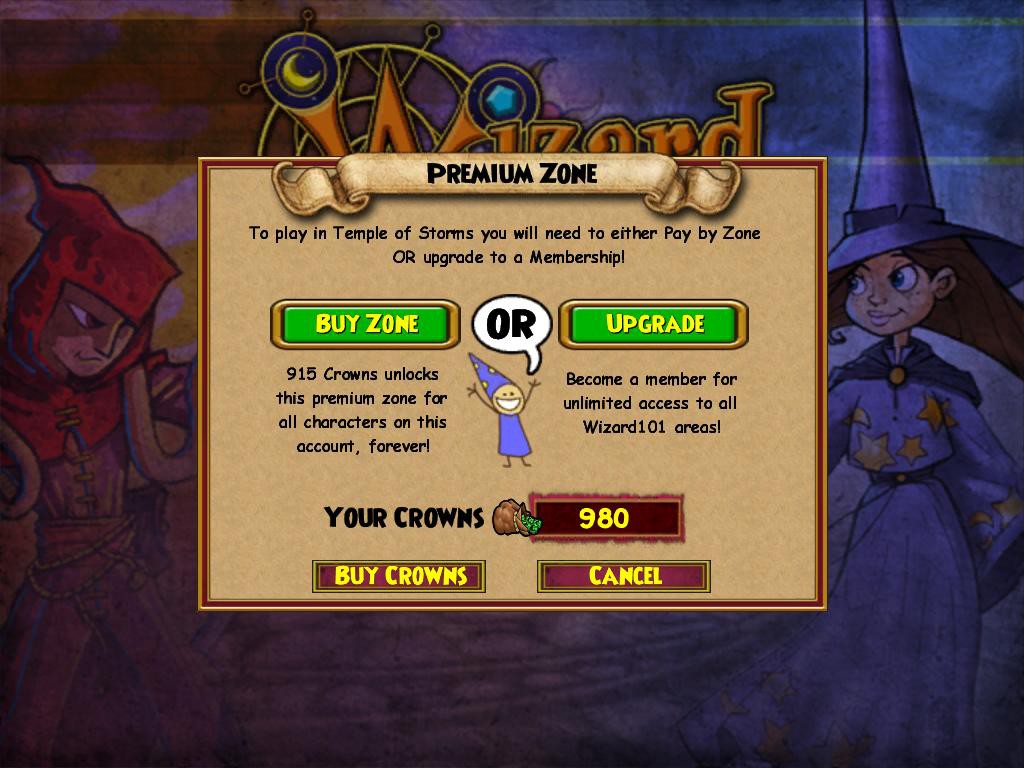 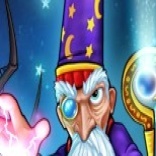 The majority of the game is locked behind a paywall.

When you begin the game, you have access to the tutorial, as well as Unicorn Way. After completing the relatively quick story revolving around the invasion of undead - as well as the presence of "Skellybone" - you are shown about the commons, and are soon given the quest to travel into the trifecta of areas in the town infested by undead. Two of these areas are locked behind a filter that only characters with 750 crowns or a premium membership can access; the third holds a very entertaining arc surrounding the invasion from the haunted caves sealed away by the town years ago, but that only gets you so far. If you want crowns, you need to do tedious quizzes in an attempt to get enough crowns to unlock the next area. You get 10 crowns per quiz; meaning, if you wish to finish the area trifecta, you need to complete a grand total of 150 Quizzes, and that's only to finish the first areas.

So, yes. Wizard101 is a good game, ridden with nostalgia of a long-lost age known as our childhood.

But if you want to get far, you're going to have to line it with a decent bit of gold.

Thank you for reading.