It's brawlin' time. A review of brawl stars.

Brawl stars is one of supercell's greatest games as of right now, it may even be one of the best moblie games out there! This game is just amazing, your goal is to progress in the trophy road and unlock new characters (called brawlers) along the way. Violence is the bare minimum with players eliminating each other in game. Each brawler has a different playstyle, which helps with replayability and for easier controlls depending on how you like to play. Each character has a special charged attack that's different for each one, for example one may shoot more bullets than usual, but other may send a bear to help on the battle arena. Another thing that helps with replayability is that there's lots of gamemodes, events, daily gifts, skins, and in game currency and some sort of battle pass that lets you get more characters, skins and stickers the more you dedicate your time on the game. Lots of people I know plays it and everyone agrees that this game is great. Theyr lifes are happier after trying the game, and I'm serious, before they were sad, they got the class tablets, installed the game, and now they have it in all of their compatible devices and play almost all of the time. So... Would I reccomend it? Yeah :D

Ermmmm I already said everything I needed to, so... Yeah... Ermmmmmmmmm... I- I think Ima try to teach ya'll some tricks or something, idk... Well, you can always download hacks or apks to get more things, but be carefull with viruses and account security, as you may get banned, so I wouldn't reccomend it. If you are bored you can mod the game to have custom skins, like having pokémon characters, they only show up like that to you, so there's no risk on getting banned (I think).
But if what you want is to know how to get better at the game, well... I do not remember there being a practice mode, but if you have friends, you can play with 'em, and you could also play a lot to get more things on the battle pass easier, you just need to take turns on who wins and who loses (playing rock, paper, scissors, or something like that is what I do) and that will make you get more exp fast, and so you will be exploiting the system easily and legally, so you cannot get banned for doing this. 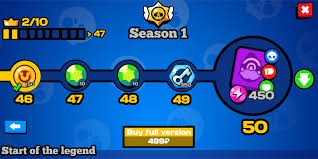 As I said I have to write more of this, so... Chapter 3: Visual mods and how to install them.

Visual/Skin mods are mods that change the appearance of a character, hud object or maybe even the whole game's appearance. They usually don't get you banned, as it is only something visual and something only you can see, and they are kinda fun if you got tired of the original skins. You can even make your own skin mod, as you only need to change the textures with any image editor and maybe one or 2 external proggrams I will not link just in case because I don't want to get banned. But yeah, you could make, for example, Poco (a mariachi skeleton) look like Sans from the hit indie game UNDERTALE by changing it's bone colour to white, colouring the clothing to match Sans' blue hoodie, white shirt, black pants and pink slippers, and then colour one eye the colour blue and add some flames to make him look like how the fanon re coloured his final fight sprite from the genocide route. As you can see, imagination is limitless here too, you just need the right tools. Well I hope you liked this, if not, well I'm sorry, and if you are a moderator and don't think this is good enough, don't ban me, just tell me what I did wrong please I beg you to not ban me, if I have done something bad here, it's not my intention.