Team Fortress 2 - What You Need to Know & My Opinion

Team Fortress 2 is a FPS Shooter game with different Game Modes and two teams, Red(Reliable Excavation Demolition), and Blu(Builders League United). The game includes 9 different classes and many weapons for all of them, as well as a ton of cosmetics which can equipped. The Game Modes all include the two teams fighting, but all with different objectives, and are split into Casual and Competitive. The classes by order are: 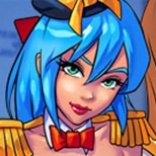 Now, Competitive is a longer version of Casual, that consists of more rounds, and matchmaking with other players of your skill level. If you quit a match in Competitive, you will get a cool-down and will not be able to play again for a short or long period of time. There are more modes that weren't mentioned, and they are:

Payload Race - Where both the teams have a Cart they need to push to the end before the opposing team does.
Mannpower - Capture The Flag with Power-Ups and Grappling Hooks.
PASS Time - A deadly game of Hockey-Soccer-Basketball where there are jump pads and perks to help you. Holding the ball gives you a speed boost and heals you and your nearby teammates. If the match ends in a tie, something called Sudden Death begins, where both teams are teleported in one place to kill each other until one team emerges victorious.

End note: In all honesty, I love TF2 and I feel like one of it's strongest perks is it's community. The game doesn't receive major updates often, but in my opinion, that's okay. The game is fun and I can spend hours playing it. I definitely recommend it to anyone who hasn't tried it.