The Park: an experience of psychological horror

Developed and published by Funcom in 2015, The Park is a spin-off game that takes place in the world of the MMORPG Secret World Legends. In the game the player experiences the unknown, sinister magical side of the modern world through the eyes of an ordinary person. Lorraine Maillard and her son Callum are finishing yet another visit to the Atlantic Island Park, when Callum decides to run back into the amusement park. Lorraine has no choice but to follow. But soon it becomes clear that something's off with the park. Day seems to turn to night in an instant and suddenly the park begins to appear far more unsettling: the rides seem to be in lousy condition or downright broken. But worst of all, someone or something seems to be following Lorraine and Callum. Watching, waiting, stalking. And with the player controlling Lorraine from first-person perspective, all the horror the mother is forced to go through will be experienced firsthand, as she navigates her way through the spooky amusement park, hoping to find her son before it's too late. Not every game puts the biggest emphasis on gameplay. It's obvious that in The Park the main focus is on the story. For you can't do much except walk around the place in order to advance the story. It's possible to cry out for Callum, but it serves no purpose other than to reveal objects which can be used. Like with several other horror games, there are multiple written notes to be discovered, though they're not required to progress the story, but they provide some background lore and add to the psychological horror. Just about everything in the game is set to maximize the unsettling atmosphere: Lorraine's cries for Callum become more desperate and panicked as the game progresses, and the written material you find is rather disturbing as well: tragic accidents, murders and even rumors of practicing dark magic. To top it all, it's revealed that Lorraine suffers from a great deal of mental issues in large part due to her extremely tragic and troubled past. This of course creates the question: what is real and what is imaginary? 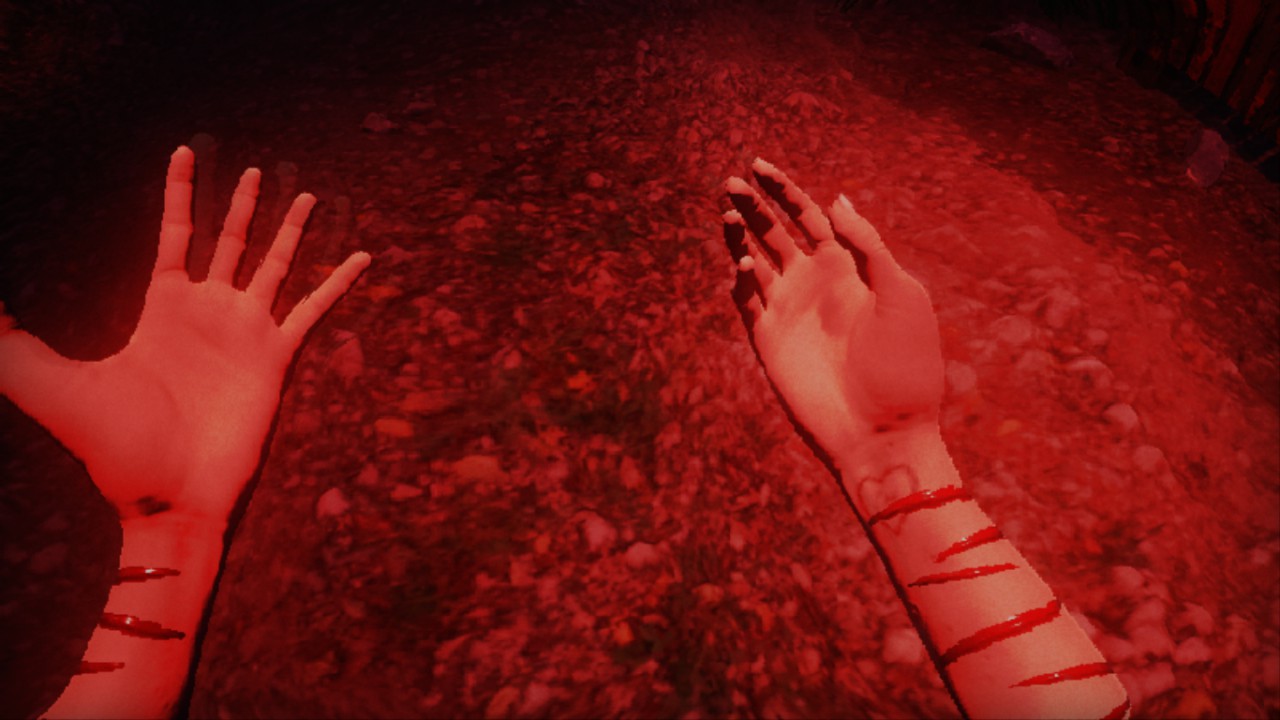 On the whole, all the elements combined make The Park a properly unsettling experience. Quite tragic too, as it is revealed that the lives of Lorraine and Callum have essentially been a tragedy and a setback after another. As such, the game is extremely bleak, showing how bad it would be to be an ordinary person in a world where dangerous magic exists. Despair, horror and no hope of things getting better, as it's blatantly obvious that you're someplace you definitely shouldn't be, but you're trapped and have no choice but to carry on. The Park might have two flaws depending on the perspective. First, there's the thrilling story, but not really much in terms of gameplay. Second, some elements might only make sense only to those who are already familiar with Secret World Legends. In the Halloween of 2015, the MMORPG had a temporary quest called 'The Seven Silences', in which the players had to uncover what became of Lorraine after The Park. All in all, The Park is in no way a grand game, but if you want to kill a small amount of time with a short horror game, it works just fine.