There are some magicians who surrender themselves to the forces of nature, and forget the magic they have learned. One of these magicians is Janna. Janna's ability is very good with the air element.

Janna brings that ability into Summoner's Rift. Janna is one of the Mage Support Champions who is very well used to ask for the ADC and her team. With his air element, it feels cool and comfortable like a breeze for his own team, but for his opponent? The wind that comes like a storm of destruction!

Janna provides an additional 8% Movement Speed ​​bonus for compilation Champion friends moving closer to each other.

Janna is able to make hurricanes which if left unchecked they will grow bigger.

The hurricane from this capability can be left idle for 3 seconds before being reactivated to release it towards the direction, and throw every enemy that releases the attack. This ability can produce damage as you increase the level and items that Janna has. The range of this ability also depends on how long the ability is left and released.

Active: given magic damage to enemy Champion and released their Movement Speed ​​for 3 seconds.

Note: The passive effect is lost when Zephyr is in Cooldown.

Use this ability if your circumstances or your ADC are defeated and are being pursued. Or use the opposite, if you or your ADC are in a winning situation and your opponent is one of the targets to exceed the Speed ​​target.

E - Eye Of The Storm

This is Janna's excellent ability for her own ADC team, and is very annoying for the opposing ADC. The protective wind of this ability gave Shield to champion friends for 5 seconds that protected the champion from the damage that came until this protective Wind Shield disappeared. And conversely, this ability also provides additional damage to your ADC team for lost protective wind shields. This ability can also be used on your team.

Note: Use this capability with good use accuracy.

Seeing ADCs or Supporting opposing teams who want to attack or give damage to you or your ADC team, and immediately use this ability quickly before damage from your opponent, to provide a shield for yourself or your ADC team-depending on you or the ADC of your team who wants attacked by the opponent. The use of accuracy is very good on your team's ADC.

This ability is the power of the wind, a magical storm that will drive all opponents around Janna to stay away. When this ability is active, the wind will recover Health of all the champion friends who are in Janna for 3 seconds.

With this ability, Janna can change the formation of opponents during the war that is very beneficial for your team to get the chance to finish the ADC or Mid opponents.

Use this capability with the right to compile your team in a condition or position that is not good, or your ADC in a targeted condition. Or maybe the health team is very dying, so use it to change the situation. Do not use arbitrary capabilities, compilation is not really necessary, because it will be very detrimental to you and the compilation team is cooldown and war is happening.

But your compilation uses this ability with the aim of saving one of your team members, because you support as a supporter to support, so you use this ability, and your friend is safe. BUT (again), on the other hand there is one member of the enemy team that can be killed, on the other hand, survives this war because of the ability you use, thus pushing the dead enemy. So I can conclude "Usability Ability is sometimes faced with a very difficult choice". 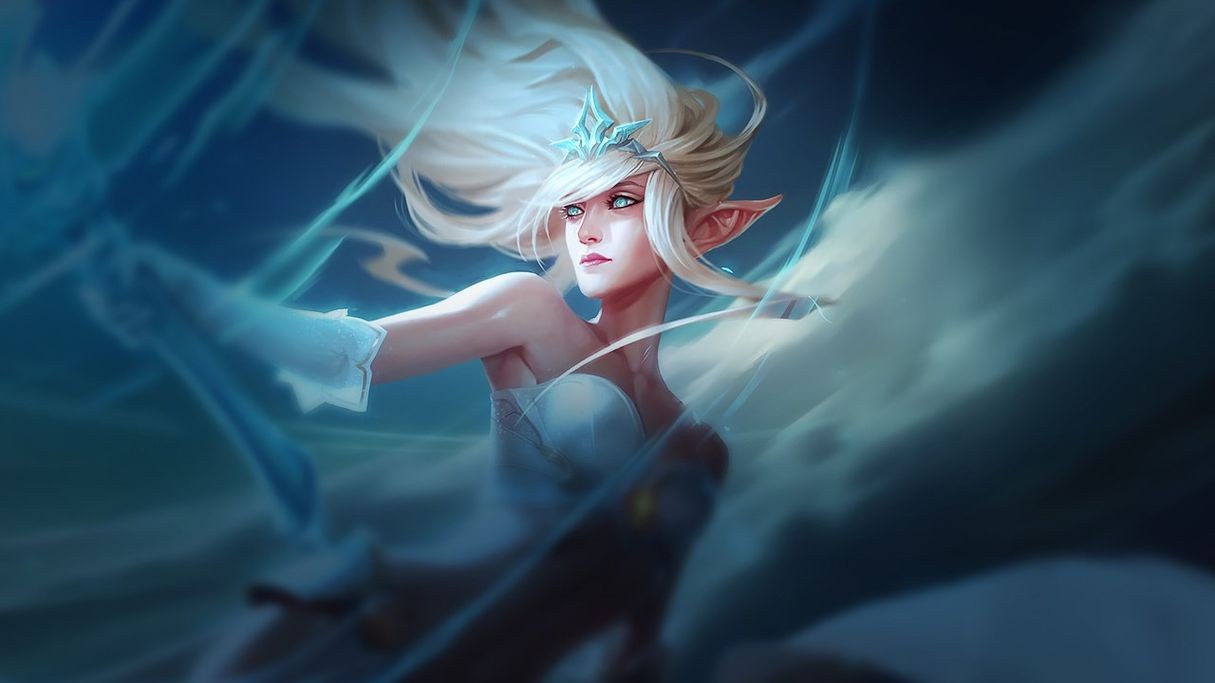 By playing this game you can get 100 Play
Janna's strengths
Janna is very superior in giving Buff to her teammates by using Eye Of The Storm (E) abilities.

Lack of Janna
Janna is very troubled if you can succeed in reducing her friend's health, and Janna is not the type of champion who can help give a lot of damage to her ADC), and Janna is also not a strong champion with a lot of Health to always be in front of her ADC.
Play as Janna / Teamfight
You must always pay attention to the position. Don't let the blood repay the same with your opponent. Position Janna in line with your ADC, or maybe behind the minion to avoid the opponent's abilities that can repay you, and always be ready to give Eye Of The Storm (E) if your ADC is targeted or yourself is the target.

If Janna's position is too behind or too far from her ADC, then the range of distance for you to give a Shield from E Janna does not reach (not reach), so position Janna not too far ahead like a tanker and not too far behind the ADC.

The combination of E and Q Janna abilities to protect themselves or protect their ADC is very good to use when your opponent intends to attack. And if Health is already very low and the opponent's position is still chasing behind, immediately use the Monsoon (Ability R) to keep the opponent away from around you, and provide a healing effect for you and your team's ADC. 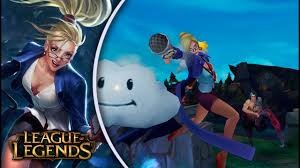 100 Play
Flash and Exhaust are good choices for Spell for Janna. Flash can be used when Janna is in a very dangerous condition (can be killed by an opponent), to save themselves by escaping.

Flash can also be used for you to pursue opponents who are in a losing state from your team and want to escape. You can use Flash and add Q / W to the opponent you want to chase to stop him or slow him down so he doesn't run away and your team can kill him.

Flash can also be combined with Janna's R. In the case of 5 vs 5, you can see opportunities where you can get into the middle of the formation of the opposing team by doing Flash + R with the aim of destroying their team formation, so that your team can more easily focus on the target to be killed first they are definitely a mess after you do that strategy.

Use Flash + R just to just destroy your opponent's formation and quickly return to your team formation.

Exhaust is the best choice for a support when you see the opposing team has Champion Assassin. Exhaust can be used for Assassin type champions who want to do gank towards you and your team's ADC.

Exhaust can also be used for all opposing champions with the aim of reducing Movement Speed ​​and Attack Speed ​​by 30%, Armor and Magic Resist by 10, and Damage generated by 40% for 2.5 seconds.

Additional information, don't use it to the opposing team's support unless the opponent's ADC is dead and remaining Supporting the opposing team trying to kill the ADC of your already dying team.