Hey there, its me again with some more U.O.H, just thinking that i should share with you about this hero who's thought to be pretty uncommon pick in the offlane before, but not anymore, Lo and Behold the almight , newly made offlane hero, Dazzle. Since he has been appeared as some of the weakest hero to pick and to play . I will , ofc, covering the reasons why to pick him, and also when to pick him. The playstyle, item builds , just as the usualy guide that i've made.

One more special thing about this hero is that you can play it at any rank, yes i repeat , ANY RANK. Why? because on lower rank, most people would just ping mid, and fighting for carry spot, who would want the offlane ? Also since this guide will be all about [Spoiler] PUSHING!! , and since that's the main goal of the game, and with this hero, its even relatively easy to do, so there's no reason NOT to do it, right?

Well that's enough introduction, let's just get right into it and ill show you the fantastic playstyle of this hero. Alright , just as i've said above, this guide will be all about the Pushing playstyle.

But before the main dish, lets go throught the appetizer first, shall we?

When to pick dazzle ?

Pushing is an snowball playstyle, which mean if you drag the game for too long, it would become meaningless and backfire with a loss. Therefor, pick it when the enemy has weak early game safelaners such as : AM, Slark, Alchemist, etc... mostly heroes that need at least 20minutes of farming to start being effective. On the other hand, DONT PICK dazzle when the enemy have heroes that can counter pushing, most notable is TINKER!.

Now to answer everyone's most asked question, WHY?

With the fall update 2018, dazzle gain a revamp ultimate that lowers his skill cooldown by 30% at lv1, which is when dazzle is lv6 ( roughly 8-10minutes ). What does this mean? It means FASTER on everything, faster midas ( get 2.6x gold and exp in the same amount of time cd for 1 midas ) , faster necronomicon ( the hightlight of this guide, Pusher Book, normally you have to wait ~30sec after the summons from necro book disappear, but with dazzle, as soon as they disappear, he can resummon it immediately, which makes it permanent necronomicon ) which is very very OP , since these summons can ditch out massive building damages, scout out wards and invi heroes.

But ofcourse it doesnt stop there, you can get alot more different items and enjoy the low-cooldown with high benefits they give such as : Boots of travel, Dagon, Ethereal Blade, Scythe of Vyse, Shadow Blade, Meteor Hammer. 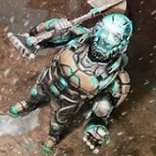 That should pretty much cover up the basic. Now the playstyle for this hero is extremly easy.

You can just stick to this one stratergy and works for every single game ( no tinker ofc ).

As i've been saying all along this article, Pushing is what made of this guide. Therefore, you should aim for early Midas And Necromicon ( this build would be exactly the same were you to play at mid with dazzle _ just faster item builds ) the exptexted time should be around 13 min for Offlane Midas and 8min for midland midas. Followed by a 17min Necro for offlane, or a 14min necro for midlane.

If you can achieve this, the game's pretty much over with 25mmr in your pocket. As soon as you get your necro book, keep using them + your healing wave to push out creeps and get towers as fast as possible , use it every time its off cooldown , dont need to save it . Try to aim for boot of travel next so when the enemy come to defend their tower you can quickly teleport to another lane and continue pushing/farming with low cooldown .

The skill builds that compliment this would be maxing out on 1st and 3rd skill , which mean completely drop the shallow grave skills, if your team dies, they die. Your only goal is you being alive, and enemy tower be destroyed.

Its a very fun and innovative hero to try out. So what are you waiting for? Find a rank match and try it now!