A guide to World of Warships submarines 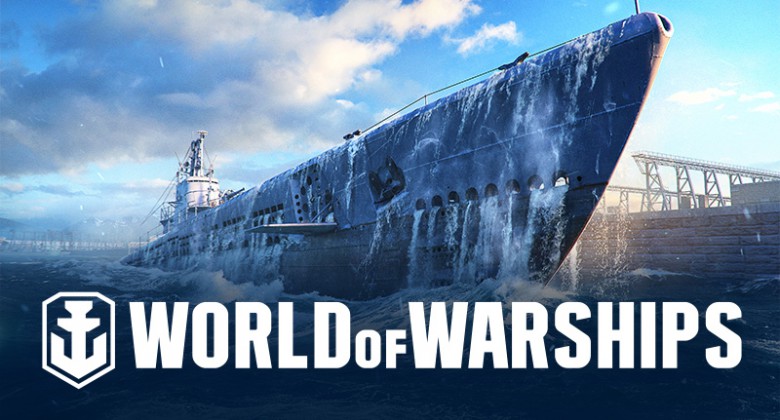 World of Warships submarines – an introduction

Anyone who has played World of Warships will know that you have a wide choice of which nation to play as – including the United States Navy, the Imperial Japanese Navy, the Royal Navy, the French Marine Nationale, the Imperial German Navy, the Italian Regia Marina, the Imperial Russian Navy and some commonwealth and pan-European navies too. World of Warships submarines are relatively new, so they’re still working out which models will be available, but to begin with, you could only access submarines from Germany, the United States and the Soviet Union. Japan is next on the list, so look out for that! Submarines are only accessible at even tiers, with the first researchable submarine appearing at Tier VI. The introduction of submarines is still a bit of a sticky issue for fans of the game, but the unique playstyle that they introduce is a great addition to the game.

As in the real world, the submarines in World of Warships are able to not only move ‘horizontally’ across the map like other craft available, but also ‘vertically’ – they can dive beneath the surface of the ocean. If you were so inclined, you’d be able to run your submarine surfaced, however this isn’t the best idea. One of the biggest things to note about World of Warships submarines is the fact that they do not have a very big health bar, so a couple of direct hits from a destroyer and you’ll be out for the count!

Submerged, in case you hadn’t realized, puts the ‘sub’ in ‘submarine’! The defining point of a submarine, when operating a World of Warships submarine submerged, you can face some pros and cons too. For starters, it’s practically impossible for any other enemy craft to detect you once you’re submerged – and the deeper you go, the lower the detection level. Once you get to a certain level, you actually become invisible to enemy ships, only detectable by hydroacoustic search or other submarines.

Sounds pretty good right? Well, there are a few things to bear in mind. Being invisible isn’t as easy as all that! Being submerged greatly reduces the speed of your submarine, and being underwater also uses up your ‘battery’ resource, which is a resource specific to World of Warships submarines. Maneuverability is also greatly decreased when you’re underwater, so dodging an enemy torpedo becomes an interesting challenge!

The only weapon on the World of Warships submarines. You may be thinking that a sneaky underwater attack on enemy ships will be quick, easy and lethal for them. However, there’s a bit more to it than all that. The submarines only have three torpedo tubes (two at the front and one at the back), and it is extremely difficult to hit your target without using the torpedo homing system. This homing system is the aforementioned hydroacoustic search, which uses the instantly recognizable ‘ping’ that we all associate submarines with. The torpedo homing system does exactly that – but be warned. The ‘pings’ only last for a short period of time, and so they don’t necessarily mean your torpedo will hit its target. You’ve also got to consider torpedo range too! Despite these potential setbacks, the submarine torpedo can cause massive damage to a ship’s hull, so being able to harness the power of the sub can make you a worthy and fearful adversary.

The sworn adversary to World of Warships submarines! You’ve absolutely got to look out for these, and bear in mind that with every ‘ping’ you make, ships on the surface may be able to detect you. Some ships are even equipped with their own hydroacoustic search systems, so they could use these against you and find out your location, before dropping some depth charges on top of you. Even if the depth charge doesn’t hit you directly, if it lands close enough, it can result in substantial loss of health, and the potential for a fire to start or even flood damage further down the line.

A dive into World of Warships submarines

So there’s a brief guide to World of Warships submarines! They’re a really interesting addition, but as we can see, they can take some practice. Definitely worth a go to see if battles beneath the waves takes your fancy!