An Introduction to Hero Zero by Dark Horse 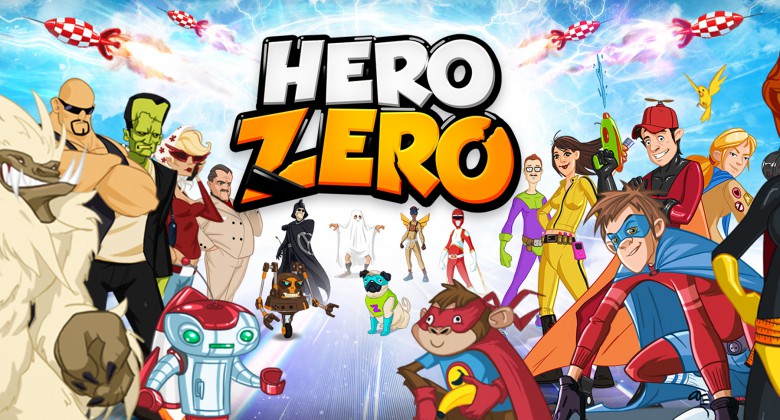 Love them or hate them, comic books are here to stay. For nearly 100 years, people both young and old have laughed, cried, and lost themselves in comics. From major league players like Superman to slightly less known ones like Wildstorm Spotlight, the variety of comic books and characters is nearly endless. We’ve all heard of Marvel and DC Comics, but one of the big publishers people often forget about is Dark Horse.

Dark Horse was founded in 1986 published a select handful of comics such as Hellboy and the Mask. They hit their stride with Sin City in 1992, which went on to win a clutch of awards for Dark Horse and Frank Miller, its writer. Soon after this, they published the lesser-known comic of Hero Zero.

Appearing in 1993 as part of their series Comic’s Greatest World, when Dark Horse launched its own superhero universe, Dark Horse published three comics with Hero Zero, and there have been a few features from Hero Zero in other Dark Horse publications.

One of the more interesting superheroes featured in Dark Horse’s comics, Hero Zero is sometimes forgotten about. So let’s find out a bit more, and give something of an introduction to Hero Zero, by Dark Horse.

An Introduction to Hero Zero by Dark Horse

Hero Zero is like Dark Horse’s version of Iron Man. His real identity is David McRae, a 13-year-old schoolboy - except that in addition to skateboards and schoolbooks, he has a telepathic connection with a mysterious alien entity called Zero. Zero is the name of a computer built by a strange entity called Vortex in the desert, which was then abandoned in 1947 after Vortex ended up trapped in a dimensional maelstrom.

Over time, Zero reached out to three people - Motorhead (a drifter who had an artifact that belonged to Vortex), Mecha (who had Vortex’s old armor, and David. Zero embedded a gem-like sphere in David’s chest, which can turn David into an armored giant called Hero Zero, who can fly and shrink down to an atomic size, along with many other powers. The gem can retract into David’s chest, which preserves his secret.

Hero Zero has been involved in a whole bunch of adventures during his short tenure in Dark Horse’s comics. His first adventure involved battling the Mesa Monster, a dragon-like creature made of a group of demons in the desert of the Cinnabar Flats. This soon became a regular occurrence for Hero Zero, who appeared when the threat of a giant monster was imminent. Another occurrence happened when David was joyriding in the desert with his friends when he was suddenly compelled to turn into Hero Zero owing to the threat of a monster called Siphon.

Hero Zero ended up being summoned by Vortex, and in his journey to meet him, he had to fight and defeat three Destroyers, saving an alien scientist in the process. The reason for Vortex’s return to earth was to destroy his work for good and abandon his research - which would inevitably mean destroying Zero too. When David realized this, he didn’t want to lose his friend Zero, and so attempted to stop Vortex. He was unsuccessful, but Vortex was touched by David’s dedication to Zero and agreed to let Zero survive - not only in David, but also in Motorhead and Mecha too.

One of the most famous stories involving Hero Zero was a legendary battle that took place in San Diego against the monster king Godzilla. A formidable foe, the battle was legendary, and in the process, Godzilla ended up killing David’s brother Billy and seriously wounding his dad. Blaming himself for his brother’s death, Hero Zero grew to a colossal size to battle Godzilla, and eventually managed to bring the monster down.

David was fully prepared to harness the power of Zero and kill Godzilla for good, but Zero stated that it wasn’t possible to kill the monster king. Hero Zero carried Godzilla far into the middle of the ocean so other civilians were no longer threatened, but ended up running out of power on the journey back to dry land. This caused David to fall, unconscious, into the middle of the ocean.

Waking up some time later in a hospital bed, David’s father explains how the navy ended up finding and recovering him from the middle of the ocean, miles from land. His father then asks that David stops becoming Hero Zero, and David replies that, owing to everything that had happened, he didn’t want to be him anymore anyway.

So there’s an introduction to Hero Zero by Dark Horse! A really interesting and unique character from the Dark Horse roster, with the added bonus of being one of their original creations, Hero Zero appeared in a few other comics as a guest character, and sadly fell by the wayside after some time. A minor character but with major characteristics, Hero Zero is one of the great forgotten heroes from Dark Horse.