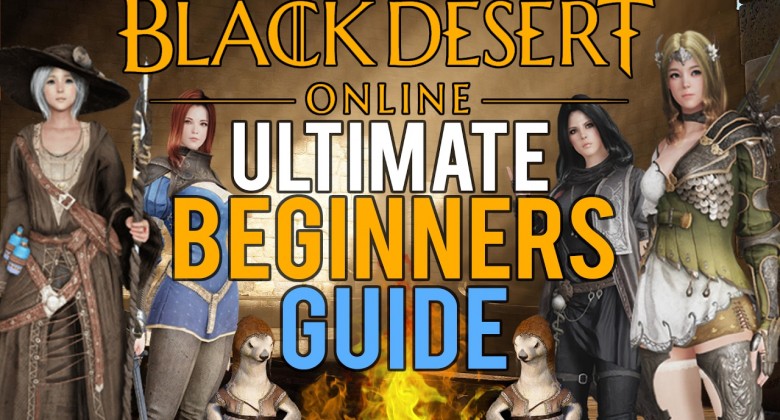 Black Desert Online is a game that’s been on my radar for a while now. I’ve had various phases of being into MMOs, starting back with vanilla World of Warcraft, Final Fantasy XI, Lord of the Rings, and Guild Wars 2. I also dabbled in Warhammer Online, Rift and Final Fantasy XIV. It’s been a while since I thoroughly delved into one though, so BDO seemed like the perfect next choice. I’ve so far poured in a good many hours into the early game, and I’m really enjoying it. However, it can certainly be daunting to start with. There’s a lot of different mechanics and systems to play with. What I needed (and should have consulted) was a Black Desert Online beginner’s guide, like this one. 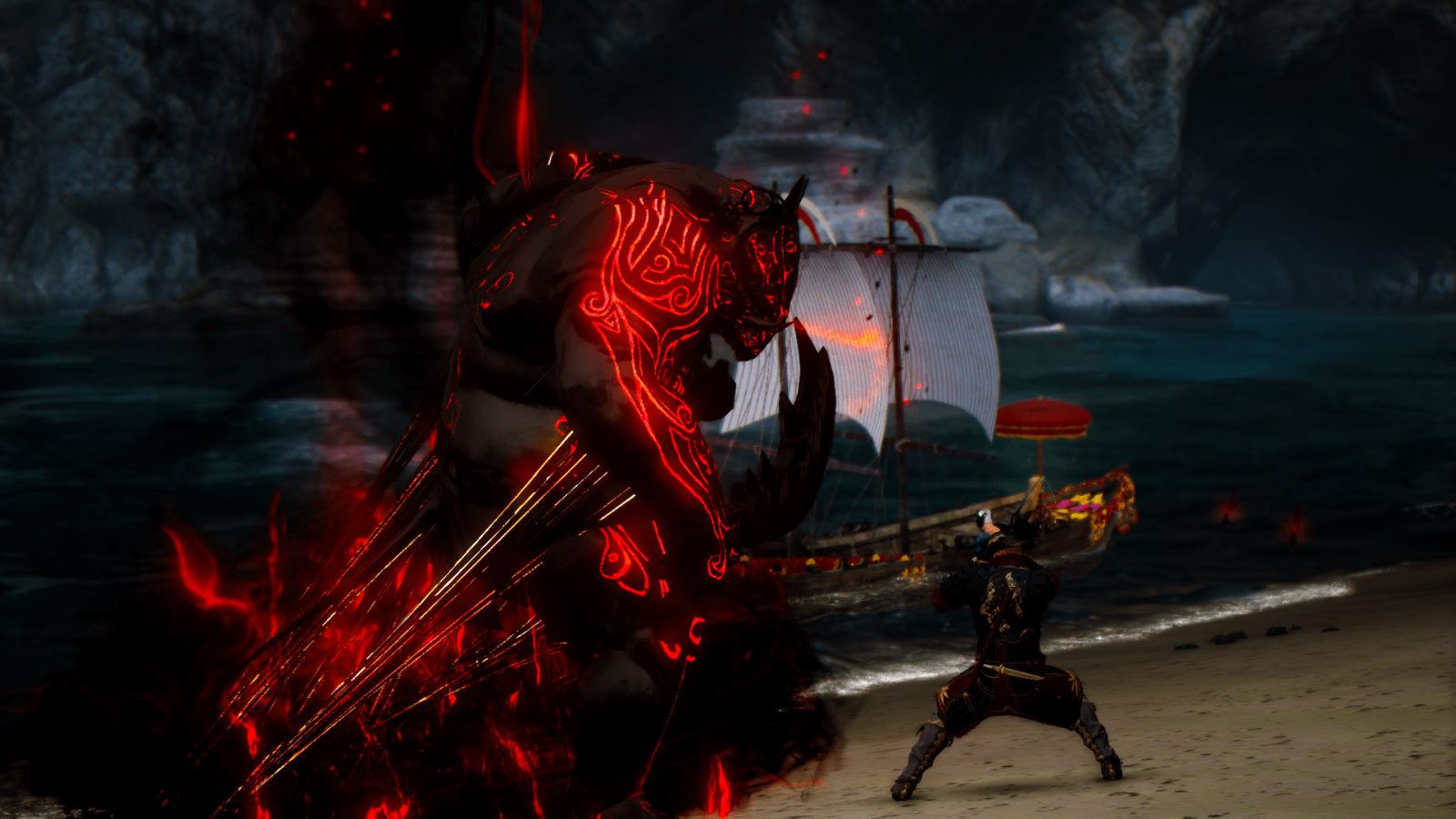 Our Black Desert Online Beginner’s Guide will cover some of the basics you need to know.

Black Desert both is and isn’t like a ‘traditional’ MMO. It presents an incredibly dense and vibrant world, with fun combat mechanics. Yet the learning curve is pretty steep, particularly if you don’t quite know what you’re doing. One thing the game does do well is introducing the various core concepts. The tutorials go a fair way to underlying the basics. Still, there are some things I wish I’d known earlier. In this article, we’ll take a look at some of the fundamentals of the game that you should familiarize yourself with as you begin.

This game is dense, incredibly so, and you’re going to end up spending a lot of time with your characters. I’ve outlined some pearls of wisdom surround character creation and classes below:

The character creation tool is a thing of beauty. You can really customize your characters to be the exact level you want, however strange and bizarre that may be. It’s worth taking your time with this, as this is your opportunity to play around with the various customizable elements. Try not to get too creepy with it though. One strange quirk is that certain classes are gender-locked, so bear that in mind when creating your characters. 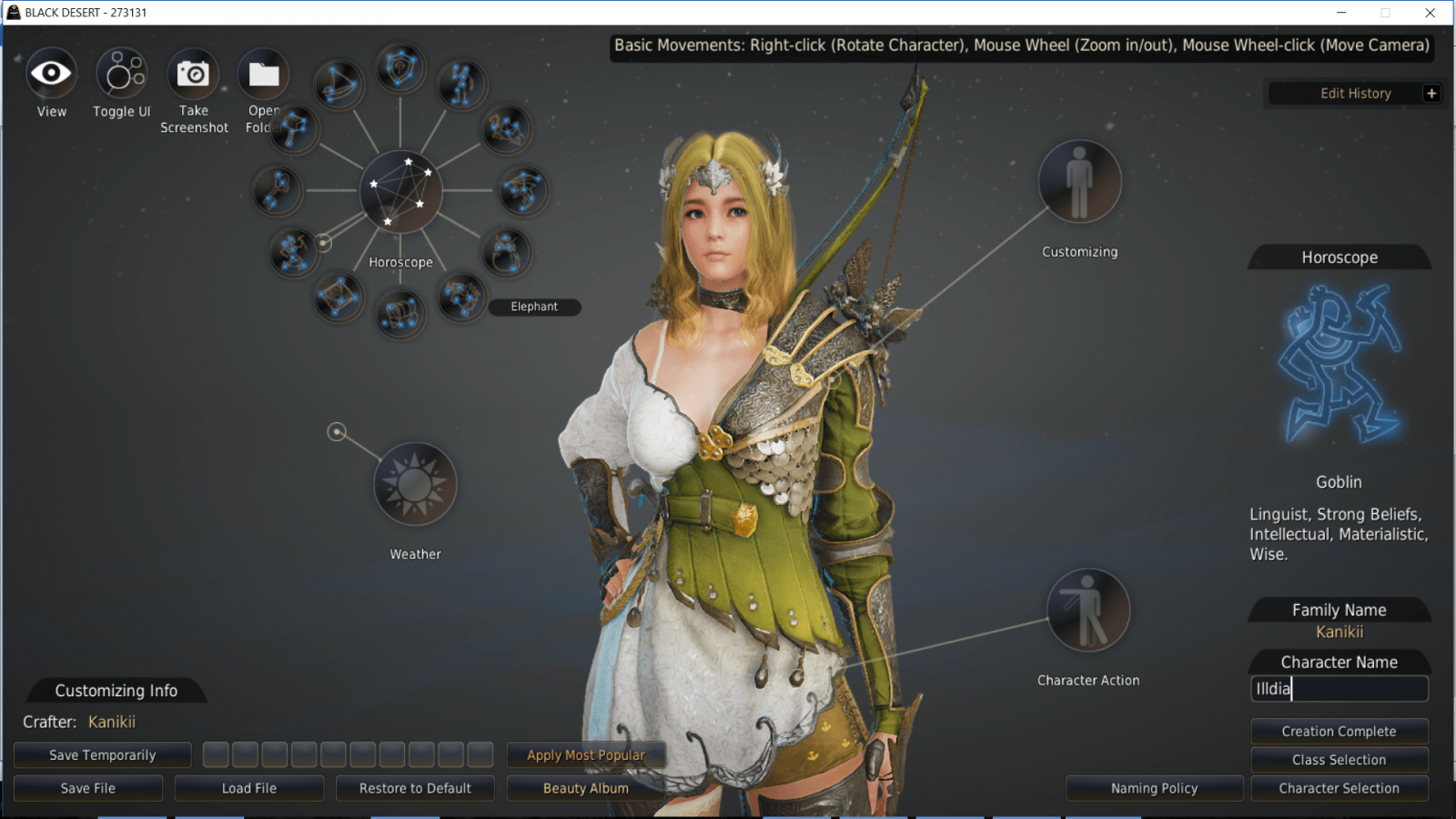 All of the pre-set classes in Black Desert Online are beautifully designed, and highly customizable.

There are currently 14 different classes to choose from in BDO. With this breadth of choice, it can sometimes be difficult to know which class is best suited to your gaming style. There is no ‘best’ class that you can choose for the game, but some are more suited to goals within the game than others. For example, Kunoichi are well-suited to PvP, but not so much solo PvE. Witches, on the other hand, are great at both group PvP and PvE.

The classes are far too detailed and diverse to cover in-depth here, but I’d definitely suggest trying out a few different ones to get a feel for the different mechanics and what works for you. So far I’ve tried my usual favorite, the Ranger, as well as the fast-paced Ninja, and the AoE-expert Witch. All are very different, and I’m eager to try more.

Having multiple alts also brings benefits in the game, as they can collect Energy, be used for extra inventory slots, and crafting convenience later in the game. It’s relatively easy to level up, particularly with the bonus XP given on the Olvia servers. All newcomers should choose one of these servers when first playing. 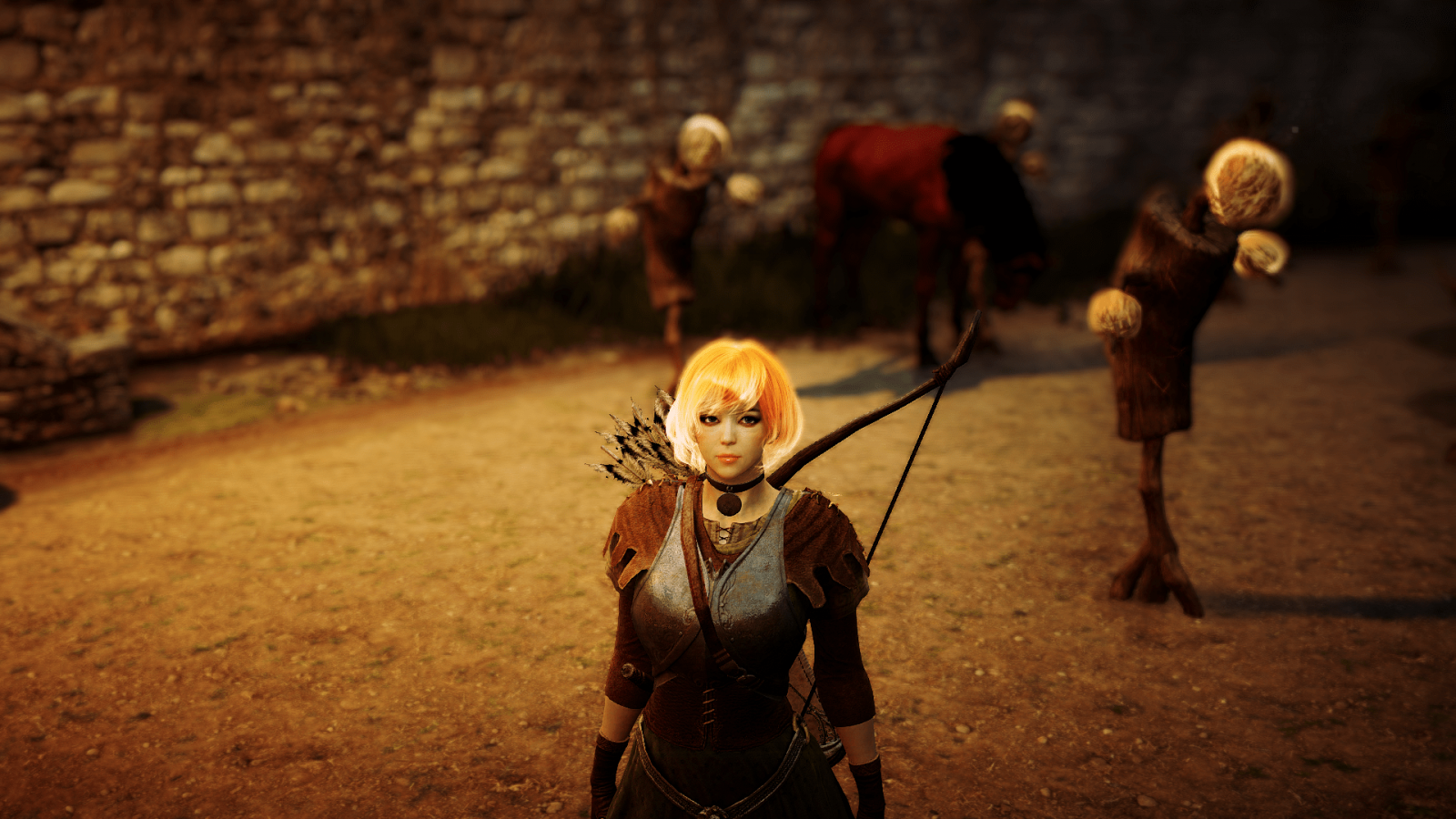 Black Desert is a beautiful-looking game. Take your time and enjoy it across multiple characters.

Space is at a premium in this game, particularly when you start farming and fishing. You can’t simply purchase a bigger bag either, not strictly speaking. Instead, you can use pearls to increase your inventory slots. Thankfully there are also quests and bonuses that can give you extra space, and it is well worth pursuing these quests early on. Bag space and weight limit are definitely important as you level up. You can also purchase extra storage space in towns, both containers and eventually in houses.

I briefly mentioned this above, but in Black Desert you can you can share (almost) anything between your characters. This means you don’t have to continuously create new armor sets and items for each character. As we’ll see shortly, there are some elements that aren’t shared across alts, but for the most part, you should make the most of this feature. 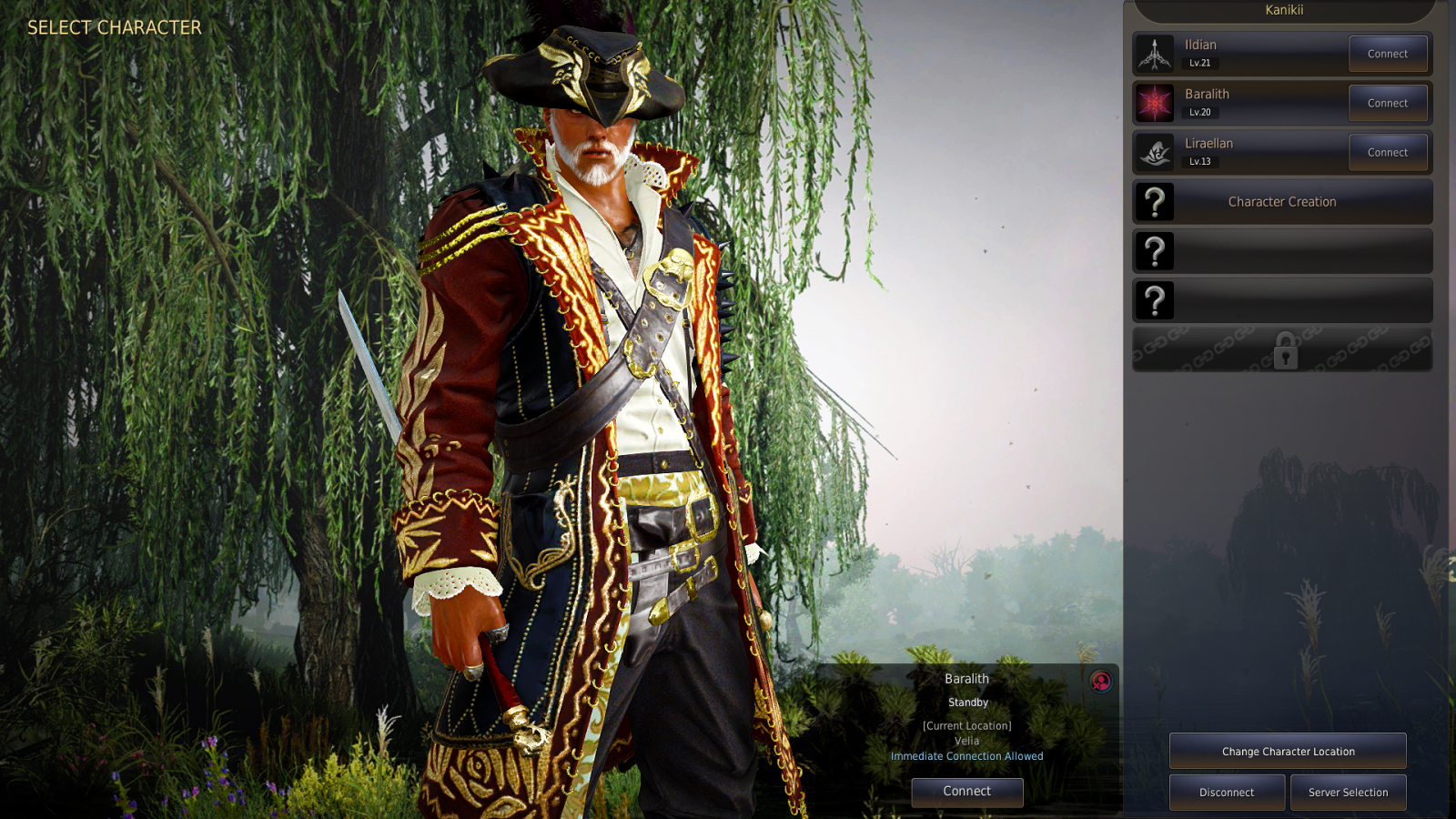 The questing system in BDO is one of the elements that can sometimes be overwhelming. There is a lot that you can quest after. Thankfully, the UI is really helpful in filtering the objectives you want to follow. These are the types of quests available to players:

Here are some top tips to make the most out of your questing:

For new players, following the Black Spirit quests is an easy to way to progress through the game. However, one of the best ways to pick up additional quests is to talk to the wide range of NPCs in the game. Useful NPCs are marked by a ‘?’ on your mini map, and they can provide various quests, as well as Knowledge. 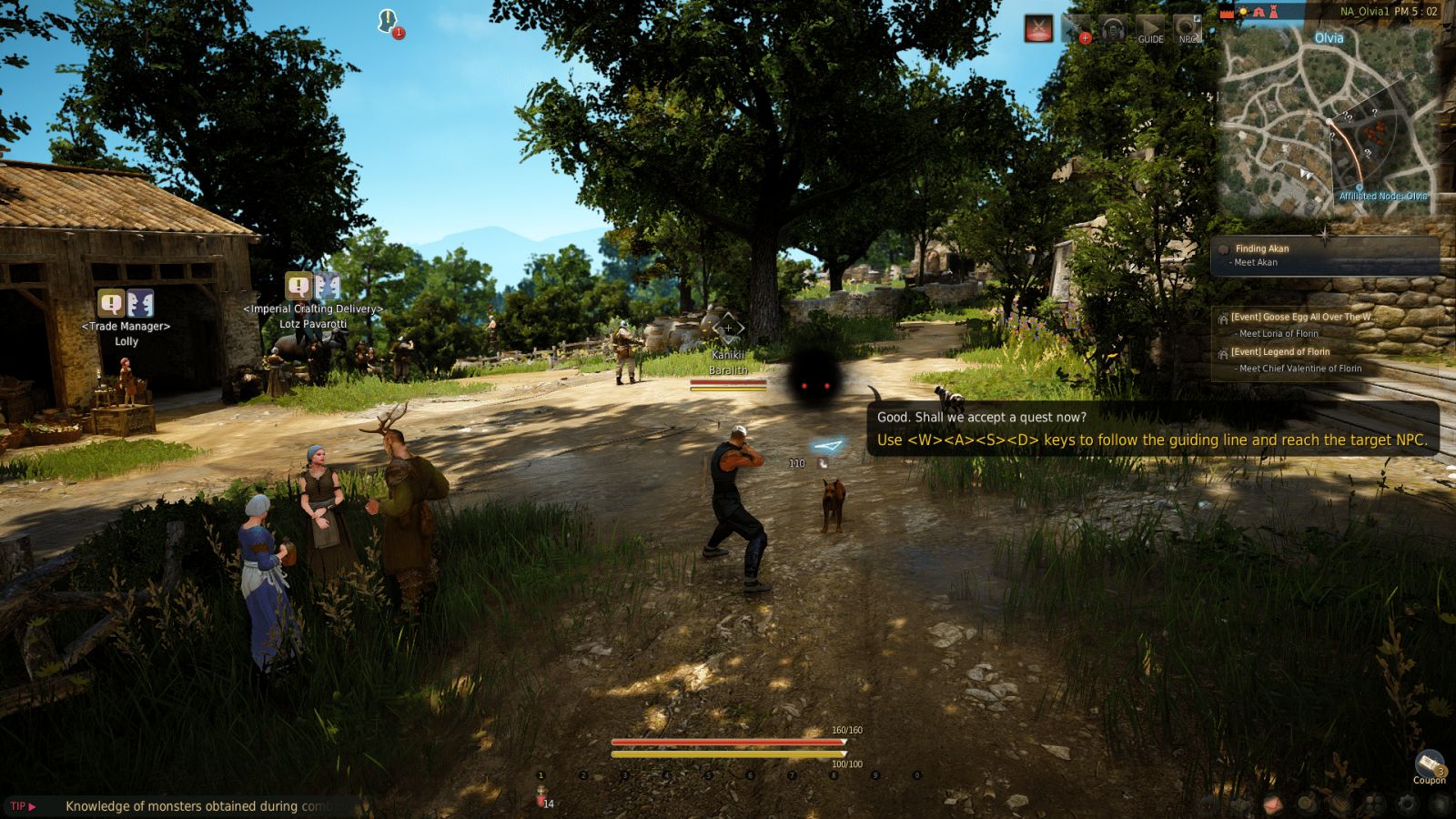 Look out for the ‘?’ markers on your mini map, and conversation icons; talking to NPCs brings many benefits.

One of the aspects of BDO that I have enjoyed is the way the quest log works. Open it with the ‘O’ key and you will see various options. Usually, in MMOs, I race to clear everything in my quest log based on level, without paying too much attention to content. However, with Black Desert, you can determine the focus of your questing. The various icons above the quest tracker allow you to toggle on and off certain types of quests. This means you can focus on whatever takes your fancy.

The world of Black Desert is beautiful and varied. On max settings, the world feels alive and vibrant. Traversing it is fun, and there are many ways to do so. Here’s our advice for navigating the map:

There’s no fast travel in Black Desert Online, and the game encourages users to explore as much as possible. It reminds me a bit of old school WoW. Despite this lack of fast travel, you can continue to grind out both Strength and Stamina stats while you’re running. Furthermore, you can set your character to auto run to a destination. The environments are beautiful though, and exploring them gives you extra knowledge and removes some of the fog of war of the large sandbox map.

It’s possible to pick up a mount fairly early on in the game, but I’d encourage new players to explore on foot as much as possible to increase your stamina and your knowledge. It’s also easier to interact with NPCs and pick up new quests. 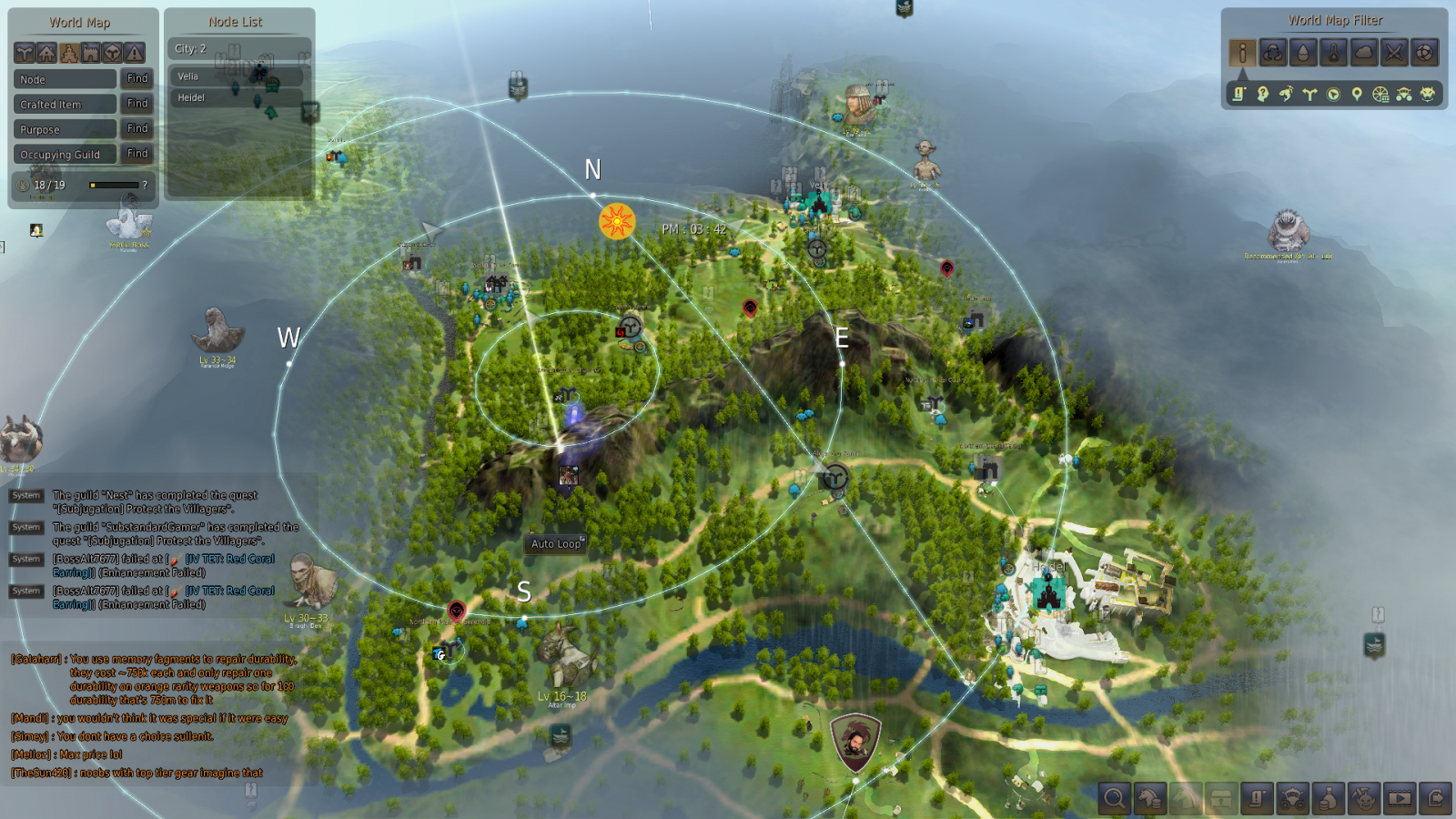 Auto-running and loops are a great way to stay active when you’re away from your keyboard.

There is always something to do in this game. Like, always. One of the intriguing (and occasionally frustrating) elements is the lack of fast travel in the game. However, as I mentioned above, your character can auto run. This means that you can easily set a loop from one place to another, so if you’re going to be AFK for a while, you may as well get some exercise in.

Many players also use their away time to fish, which can seemingly be a fairly profitable endeavor. Regardless, rather than logging out, consider setting up some tasks that you can grind. Later in the game, you can get workers to farm materials for you, and they continue working while you’re logged in. 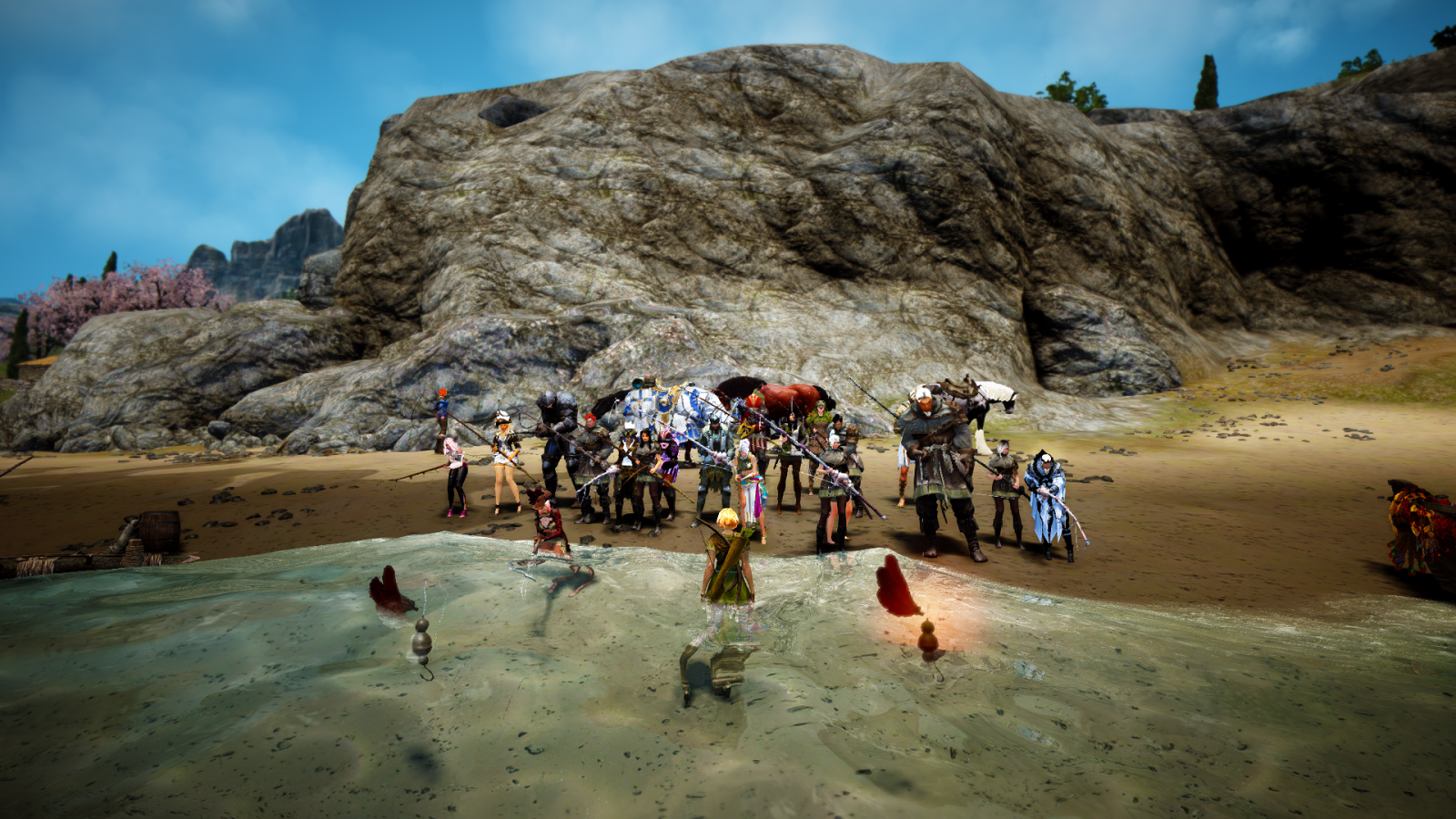 Three of the main stats in the game are Knowledge, Energy, and Contribution. The mechanics that drive each are fairly complex, but it’s good to get to grips the basics when you’re first starting out.

I’ve already mentioned the Knowledge stat and some ways of increasing it. Essentially, you gain it through exploring and interacting with the world. There are seven main categories of knowledge:

Be sure that you try and explore your knowledge in each main category and subcategory. Finding all of the knowledge of a particular area will increase your maximum energy. You can view your current knowledge with the ‘H’ key.

Energy is a system that is used across many elements of the game. It can be earned, spent, invested, and it regenerates over time. Energy can be increased by gaining knowledge, which is why I’ve tried to emphasize the importance of exploration and interaction. Some of the key elements you can use energy for are:

Your characters regenerate Energy over time, at a rate of 1 point every 3 minutes. You can also convert extra energy into potions later on in the game. It’s another reason to keep your character running during your AFK times.

One of the systems that intrigues me the most about Black Desert Online is the Contribution system. The focus of this pool of points is on investments; they can buy you houses and storage space, allow you to invest in nodes, and allow you to rent certain items. If you decide you need to spend them elsewhere, you can reclaim them by returning your investment.

The system adds yet another layer to the game and encourages you to try different strategies whilst you’re playing. It’s possible to gain contribution points in a number of ways:

The reason this game has so much to give is that there’s just so much depth to the systems. All of them intertwine, yet each takes a good amount of time an experimentation to master. You need both CP and Energy to do most things in the game once you reach the level cap, so it’s well worth following the Black Spirit quests and daily quests rather than grinding/rushing through to that point. 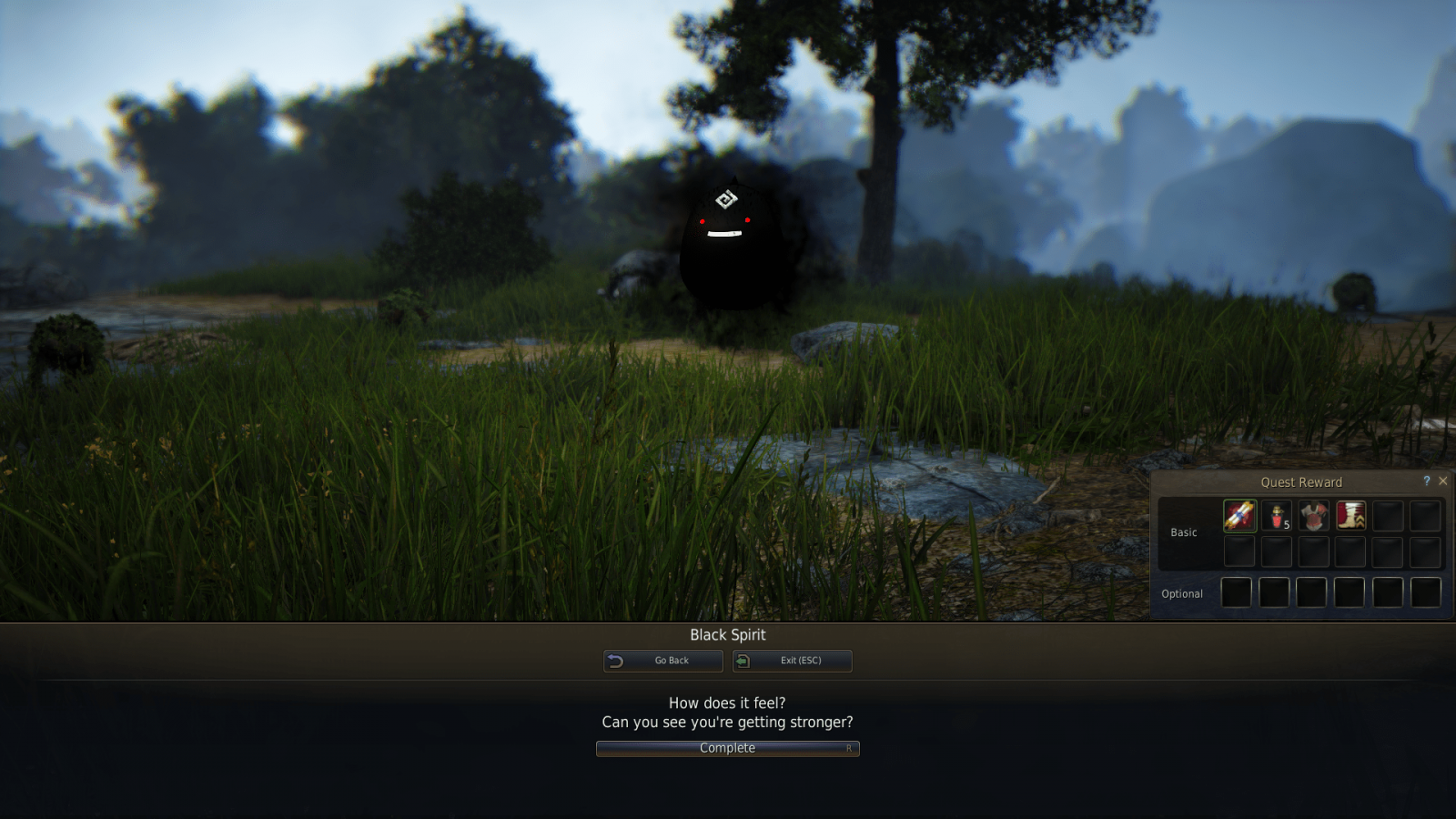 What I’ve tried to convey in this Black Desert Online beginner’s guide is that the game has a whole lot of depth to it. Each brief point I’ve covered could have an entire beginner’s guide dedicated to it. The various systems, mechanics, and attributes can be a little overwhelming at first, but it’s more than worth getting to grips with it. The player base seems really passionate about the game on the whole, aside from the inevitable trolls. This means joining a guild is worthwhile, and not only for the social benefits. Guilds also give you a contract and a daily salary.

My biggest piece of advice for newcomers is to enjoy the game and not rush it, especially with your first character or two. There’s so much to explore, experiment with, and discover that it’d be a shame to rush through it. Besides, the Black Spirit quests are an excellent way to familiarize yourself with the game.