Brain Training: These Games & Apps Will Help Strengthen Your Mind 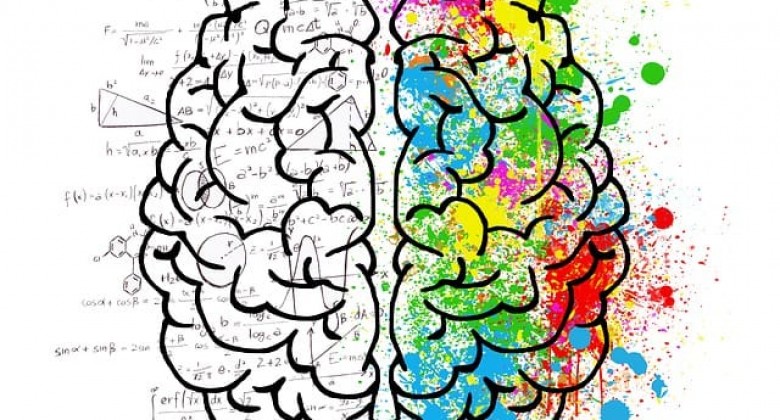 Whether it’s to sharpen our focus, improve our memory, or simply keep our brain healthy, there are many reasons why we might want to improve our brain power. Brain training is a great way to keep our brains healthy and fit. In this article, you’ll learn about the importance of strengthening your brain, the benefits of doing so, and the best apps and games to help you achieve brain health. 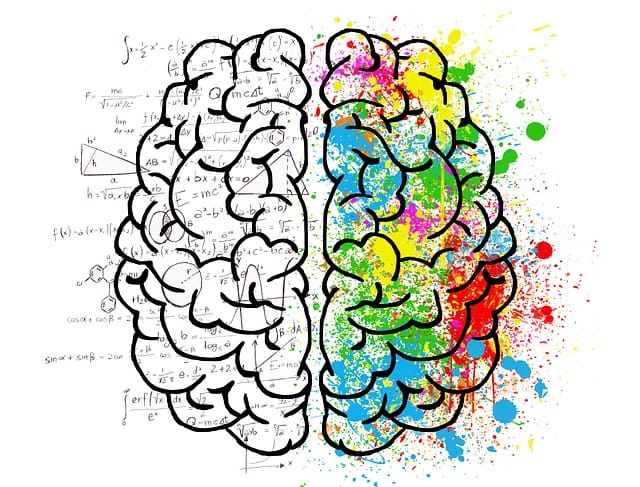 What is brain training?

Just like a session at the gym can train your body, you can use specially designed exercises to train your brain. But instead of lifting weights, it involves different exercises designed to improve cognitive functions such as:

You can train your brain using apps, games or simple puzzles such as crosswords or sudoku.

Brain training apps can be downloaded onto your phone, and have different games, puzzles, and exercises, all designed to improve different aspects of brain function. We’ll go into more detail about these apps later on.

As well as apps, there are also brain strengthening games you can play. These include more complex online video games, as well as more simple games like crosswords, Sudoku and other physical puzzles.

Often a combination of training that targets different aspects of brain function will yield the best results, but finding one that is the right fit for you is more important.

Why Should I worry about brain training? 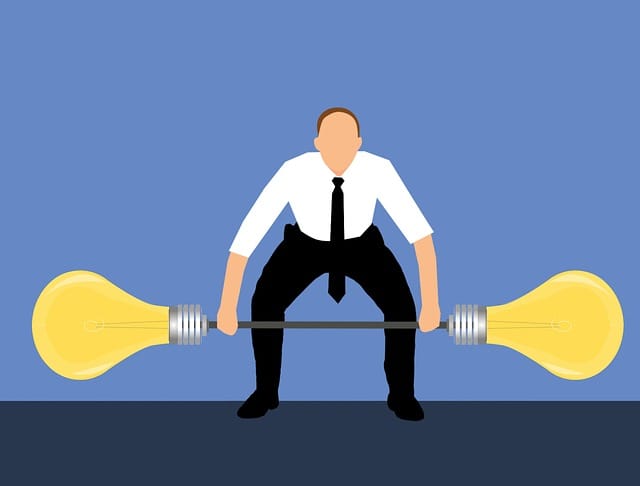 We all know the benefits of physical exercise. Studies have shown that poor physical health is impacting on modern wellbeing.When you don’t take part in physical exercise, you may suffer from weight gain, heart problems, sleep disturbances and a host of other issues.

Keeping your brain fit and healthy is no different. Deborah Stone, MD, suggests that the brain is a muscle and with regular "exercise", it’ll become healthier, while also improving memory function. Stone says, " Using your brain as a muscle is the same as using any other muscle in the body. If you work it, you stimulate it and make it perform better."

It seems that adding brain training to your weekly fitness routine may contribute to keeping your mind sharp and keeping diseases like dementia at bay.

The benefits of training your brain

There are so many benefits of keeping our brains fit and healthy. But a few of the key benefits can include:

And unlike tiring sessions at the gym that may not suit everyone, brain training is universal and can benefit people of all ages and abilities, often being fun and engaging.

Does it really work? 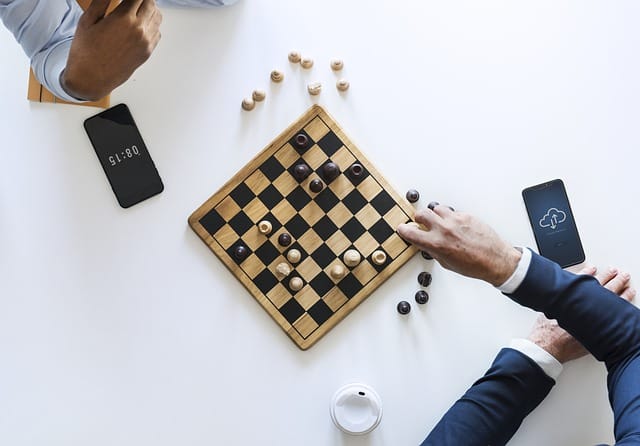 Brain training can sometimes sound too good to be true. And you may be wondering if it actually works.

With a growing trend of brain training apps and games flooding the market, scientists have spoken out about whether these training programs actually improve our brain health.

Psychologist Susanne Jaeggi found memory training increased intelligence and suggested people could increase their IQ with brain training. But when a group of psychologists working at Georgia Tech attempted to replicate her findings, there was no evidence of a rise in intelligence.

Despite this, brain training has been prevalent in gaming trends for many years, most notably with Dr. Kawashima’s brain training games that were released on Nintendo games systems over a decade ago.

Opinions are very much divided on the evidence behind brain training, however with many studies showing marked improvements. US scientists report that computer-based brain training can reduce the risk of dementia by 29%. However, this research is preliminary and more rigorous testing is needed.

Even though opinions are still torn about the evidence of brain training, it does seem to offer some valuable benefits, so it’s worth a try.

Below, you’ll find a roundup of some of the best training apps and games available, as well as some suggestions of other ways you can improve your brain function and strengthen your mind.

This app is used by 90 million users worldwide and is one of the top-rated brain training apps. Daily workouts challenge five core abilities which when combined, are reported to improve brain function.

Lumosity was designed by a team of scientists backed up by empirical research showing its positive effects.

There’s a free version you can download and use with limited functionality. Or you can upgrade for $11.99 a month or $59.99 a year. 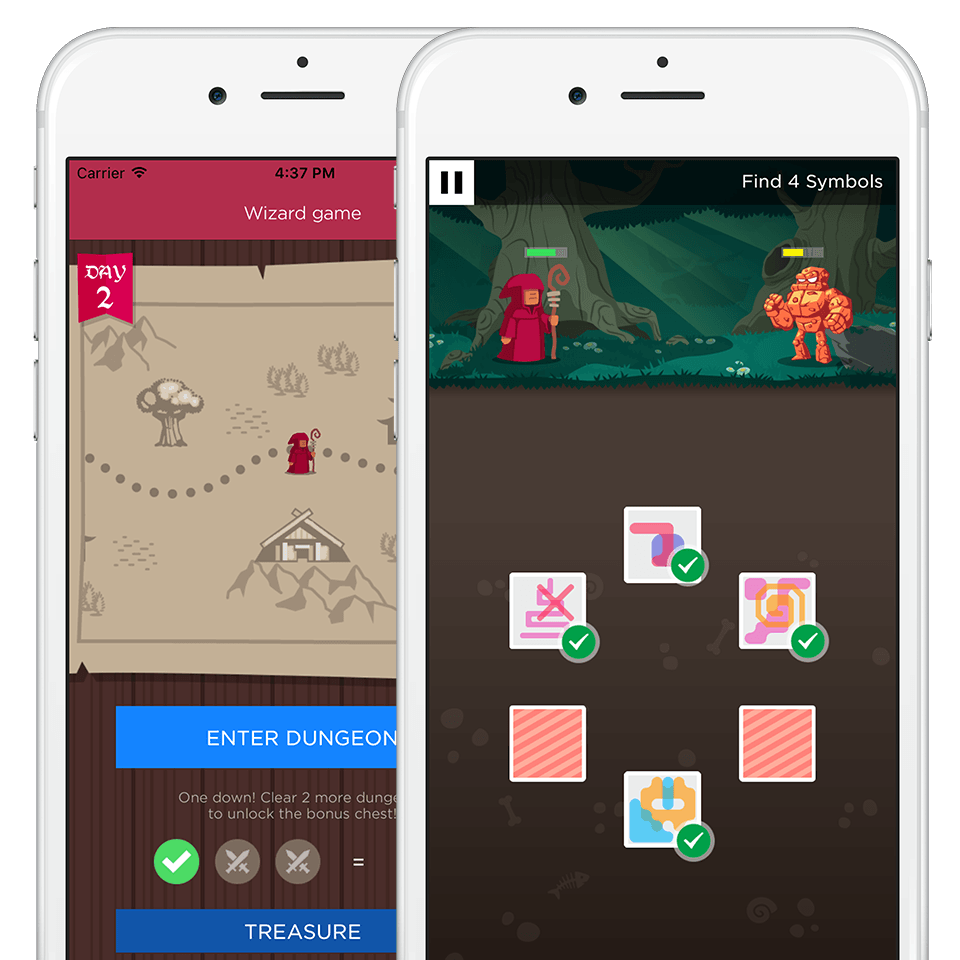 This app is rated number 1 in education. It has 40 unique games developed by neuroscientists and gaming experts which are designed to strengthen your brain. You’ll get access to Coach, which will help you choose games based on your goals and push your skills to the max. This app challenges memory, problem-solving, mental agility, language, and even emotional control.

This app also has a free version, or you can upgrade to the paid version for $25.99 a year. 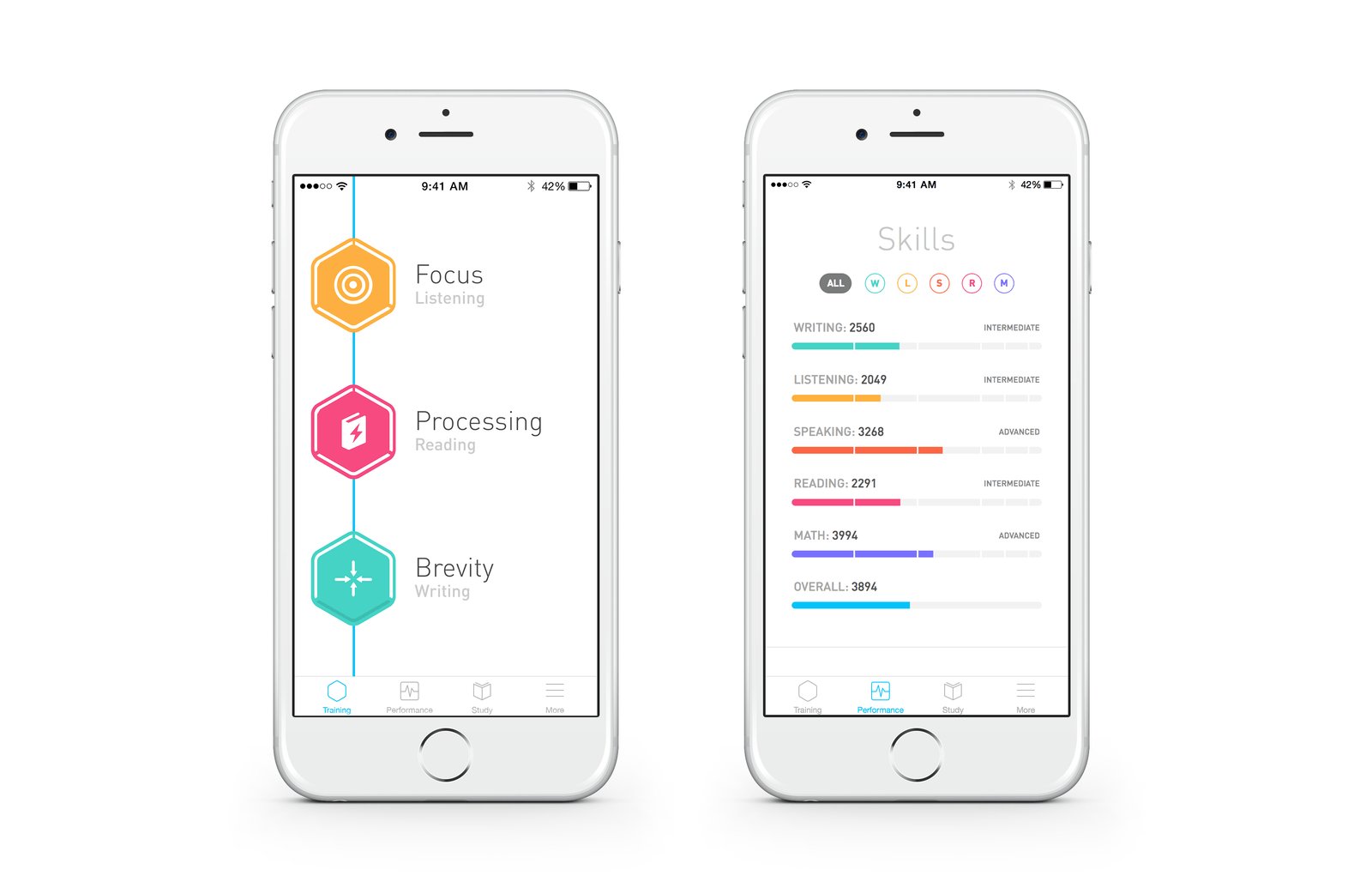 Rated Apple’s app of the year, Elevate is designed to improve focus, speaking ability, processing speed, memory, math skills and a host of other abilities.

Once downloaded, you’ll get a personalized training program that adjusts to your increased skill over time.

When reviewing the app, the Washington Post wrote, “A cognitive pick me up with games that are good for mental breaks throughout the workday.”

The paid version of this app will cost you $42 a year. 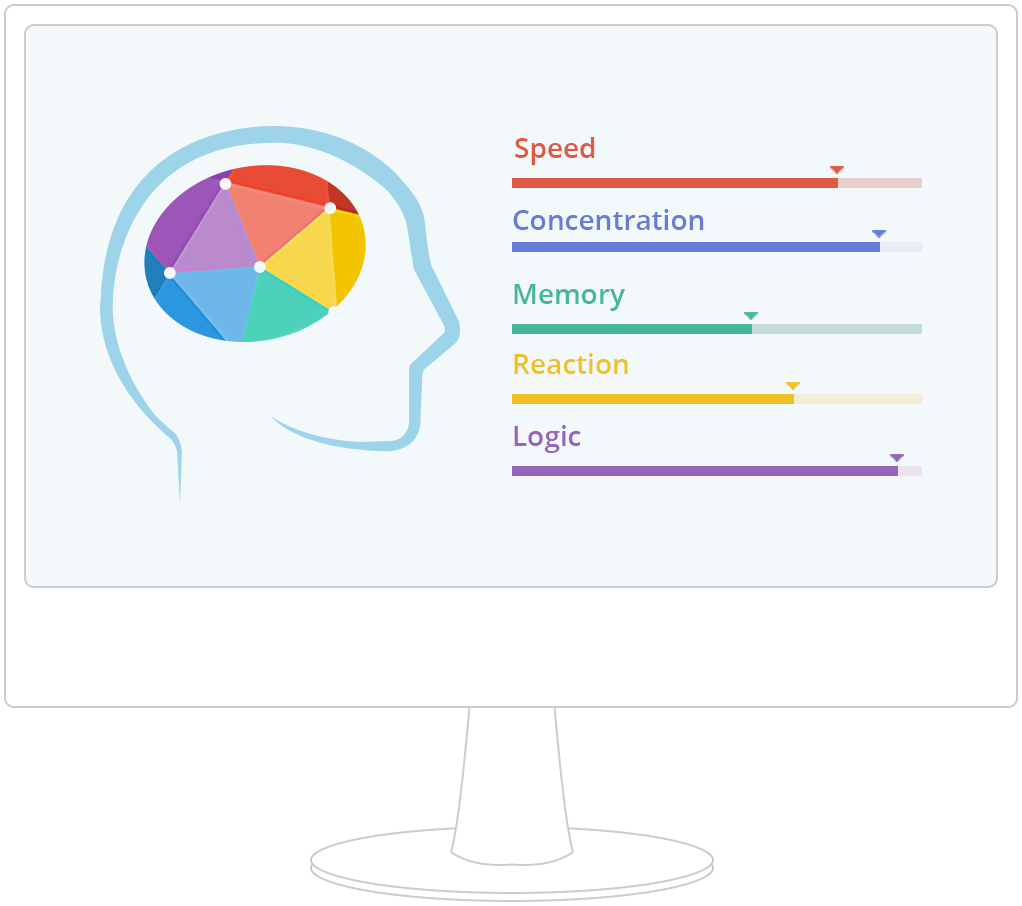 Unlike many other similar apps, Memorado also includes relaxation stories and exercises as well as meditation exercises to combat stress.

The app is designed by an in-house team of neuroscientists based on the science of neuroplasticity. Rigorous testing has shown the efficacy of this app, which may reflect in its slightly higher pricing structure. 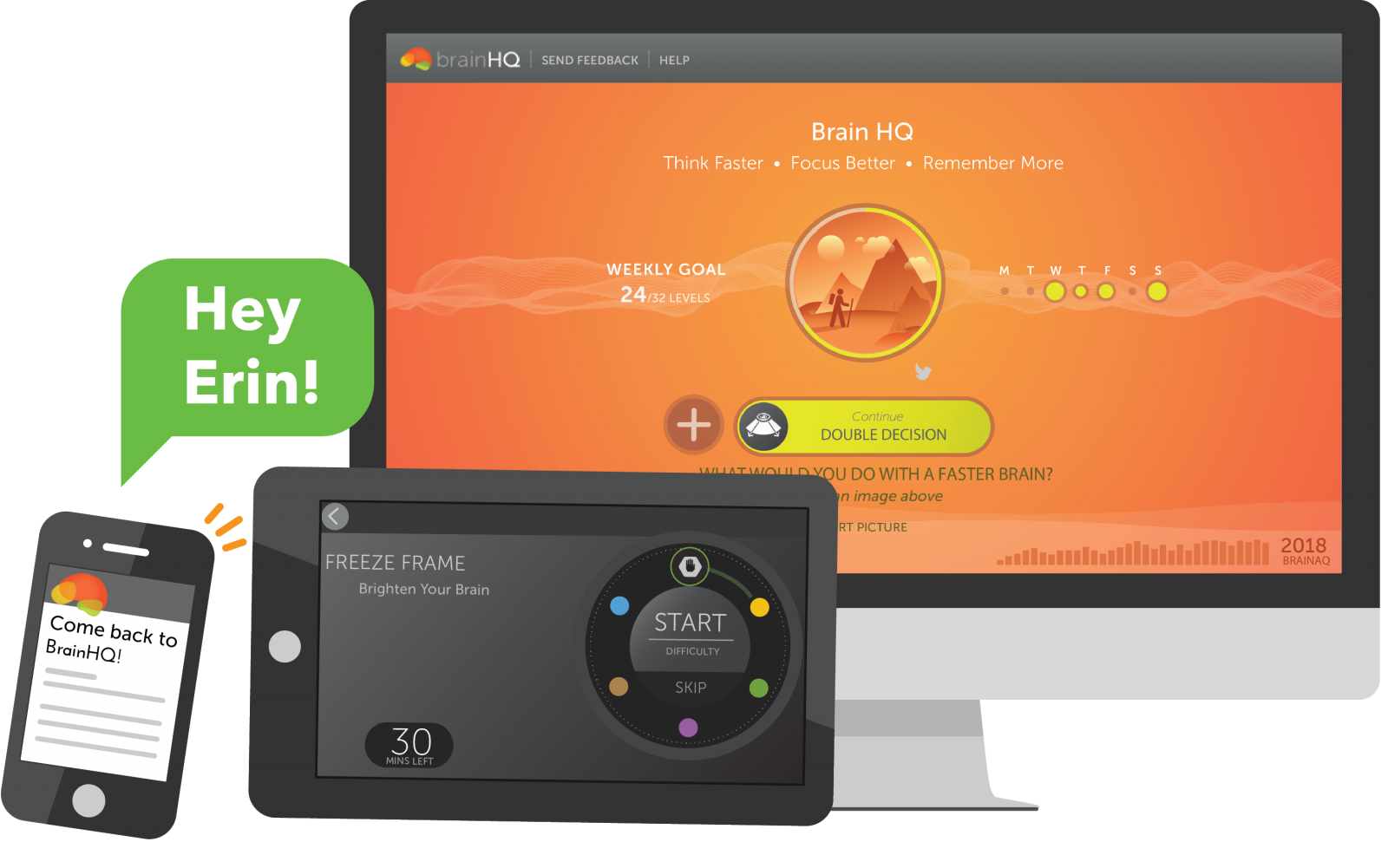 Brain HQ is the most rigorously tested app on the market. This app is backed by over 100 different research papers showing its validity.

Using 30 years of rigorous research, the top scientist from around the world developed this app to “comprehensively improve brain performance”.

BrainHQ reports improving perception, memory, attention and cognitive function. It also claims to have real-world applications such as improved driving and improved quality of life.

All of the top apps mentioned have free limited versions and paid full versions. The free versions allow you to test out the functionality of the apps with limited features. You may need to opt for the paid version to get the benefits of all features available.

Even though apps are becoming more and more popular, there are alternative games that have been shown to improve function, too.

According to the Alzheimer’s Association, a crossword a day can keep your brain healthy and sharp as you get older.

The University of Edinburgh, UK, found that Sudoku can trigger “survival genes” in the brain. They report, “These survival genes make brain cells live longer and resist disease, strokes, and the effects of drugs.”

Even the evolution of online games may help train your brain. Emerging research from the University of California found that playing online 3D games such as Super Mario, improved memory by as much as 12%.

So if the idea of improving memory through games sounds good to you, here are some of the most popular you can try: 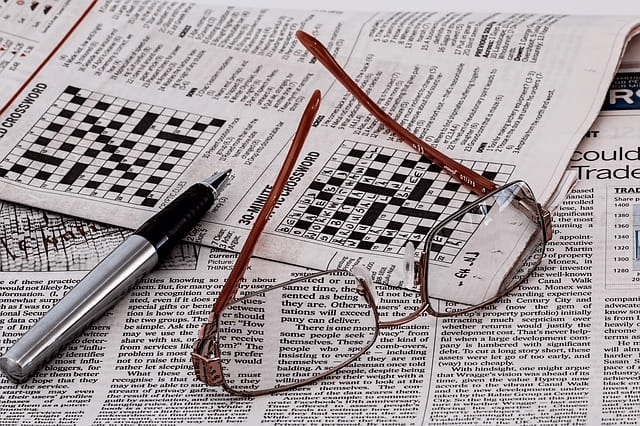 Simple crossword puzzles you’ll find in the daily newspaper are a great way to train your brain. Researchers at the University of California have found that solving challenging crossword puzzles may reduce your risk of Alzheimer’s disease.

So next time you read the paper, have a go at solving the daily crossword for a quick dose of brain fitness. 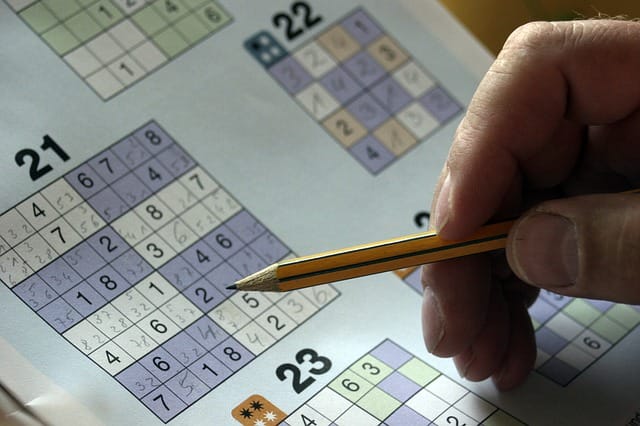 Sudoku is one of the most popular puzzle games available. The goal of the game is to fill a 9×9 grid with numbers so that each row, column and 3×3 section contain all digits between 1 and 9.

There are also harder ‘killer’ grids to allow you to keep pushing yourself.

Sudoku is an excellent brain game. One study showed it had a significant relationship with working memory, suggesting that regularly completing these tricky puzzles can improve brain function.

Next time you’re on your lunch break, challenge yourself with a Sudoku puzzle for a quick brain boost. 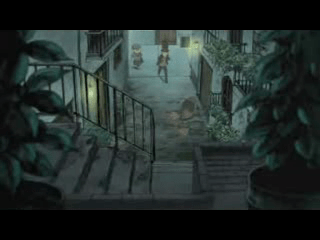 This is an online interactive puzzle game which follows the investigations of detective, Professor Layton. The aim is to help the Professor solve mysteries by completing a series of tricky puzzles.

This is fast becoming one of the most popular online puzzle games and I cannot guarantee you won’t become obsessed if you begin. However, this game is a great way to train your brain in a fun way. If crosswords aren’t your style, this might be a good game for you to try. 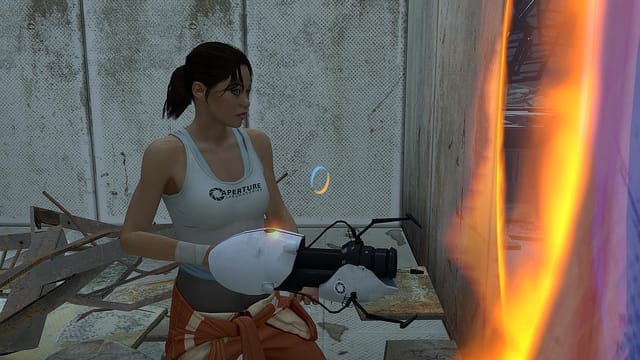 Portal consists primarily of a series of puzzles that must be solved by teleporting your character and simple objects. You're taunted by the Artificial Intelligence to complete all the puzzles, with the promise of cake as a reward at the end.

Although it does sound simple, this is a highly addictive puzzle game and is a good way to give your brain a workout. 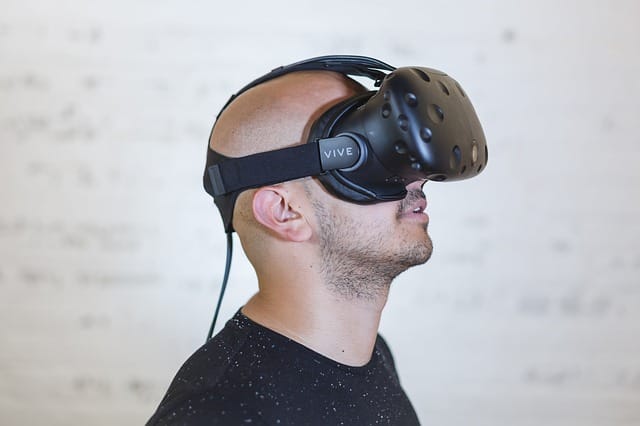 3D games are interactive computer games presented in three dimensions, allowing you to explore a virtual world as if you were really there. There is growing research that shows 3D games such as Super Mario Cart can improve brain function by increasing memory and other functions.

In a small study, researchers found older adults, who have played 3D games had increased grey matter in their hippocampus, an important brain area associated with memory.

Other Ways To Train Your Brain

Although there is conflicting research concerning how much games and puzzles can really improve brain function and strengthen our minds, there are some tried and tested methods that will improve your brain function.

Taking part in these will give your brain the best chance of staying fit and healthy: 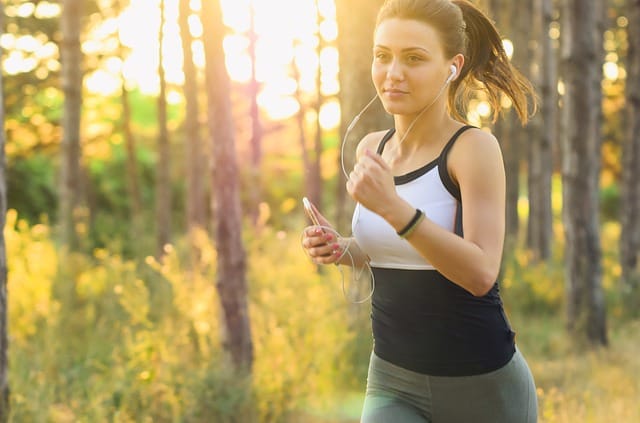 Physical exercise reduces inflammation and stimulates the release of growth factors—chemicals in the brain that affect the health of brain cells.

Aerobic exercise that increases the flow of blood and oxygen around the body are particularly good at improving brain function. It also improves mood, sleep, and reduces stress and anxiety. 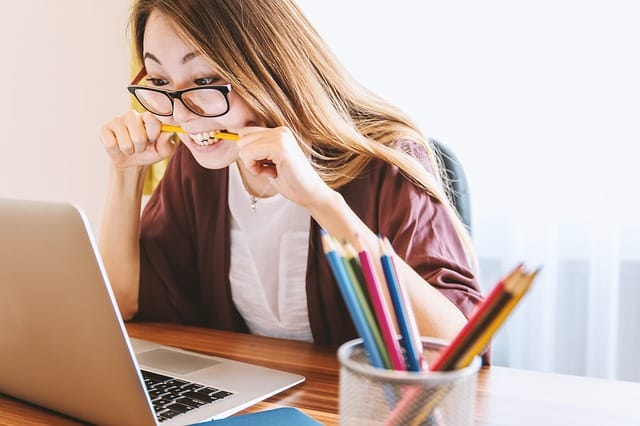 A great way to strengthen your brain is simply learning a new skill such as playing an instrument or speaking a new language. Learning a new skill like this boosts connections in different parts of the brain and enhances brain development.

Change up your routine

Something as simple as changing your commute to work or visiting a new area can also boost brain function.

When your brain is constantly adapting to these small changes, new connections are made which strengthens your brain, keeping it fit and healthy with minimal effort on your part.

Often we become too comfortable in our routines and by taking ourselves out of this zone, we can test and stretch our brain power.

Although there is conflicting evidence about whether brain training really does improve brain function, there’s enough research on the benefits for it to be worth your while. Brain training apps and games won’t make you smarter or happier, but they do offer a whole range of potential benefits from improved memory and focus, to better emotional control and perception. Try out one of our reviewed apps today for yourself and see what benefits you get from training your brain.