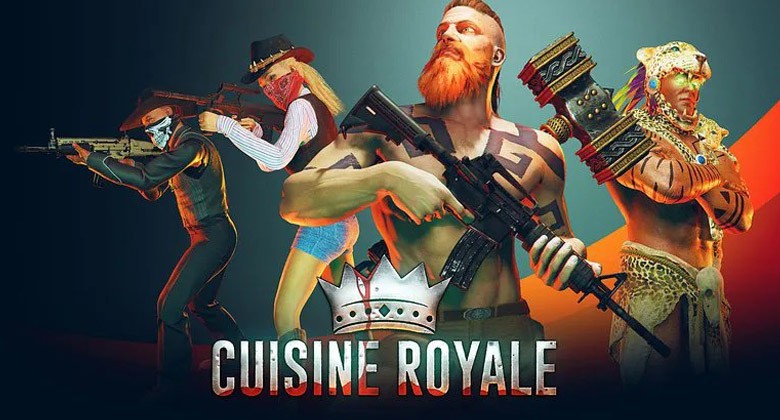 Cuisine Royale is a brutal multiplayer ‘last man standing’ shooter game that features realistic weaponry, mystic traps, and demonic rituals. Effectively your classic ‘battle royale’ game with a few extra bells and whistles thrown in for good measure! There are a few differences with this game compared to other Battle Royale games, however.

Cuisine Royale differs from other Battle Royale games like PlayerUnknown’s Battlegrounds in that there is a maximum of 50 players on the server when the game starts, there aren’t any proper airdrops, and you spawn randomly on the map, you mostly have access to WW2 weapons (with a few exceptions), you can use an in-game currency (called ‘souls’) to cast abilities and draw mystic signs, and you have access to special equipment.

As with other Battle Royale games, you can either play solo or in squads of friends (up to 4). It’s also worth noting that the game fills the match with bots as well, with solo games being mainly filled with bots (sometimes as many as 25). This may be a cause for concern, but on the whole, the bots don’t have particularly good aim, nor do they carry any loot. In short - you spawn, you loot, you survive.

Read on for some top tips and tricks to consider when playing Cuisine Royale.

Fighting is the name of the game in Cuisine Royale, so the more tips and tricks you have at your disposal for combat, the better.

Like most Battle Royale games, you’ll want to be on the move a fair bit. Here’s a few tips with moving about.

Looting is the best way to get your hands on all sorts of items that the other players might be carrying about.

No battle royale game worth its salt is anything without a large selection of weapons. And Cuisine Royale is no exception! Here are some Cuisine Royale tips and tricks with regards to weaponry.

Here are some extra Cuisine Royale tips and tricks, to help you out in your matches!

So there’s a roundup of some Cuisine Royale tips and tricks. There’s obviously loads of other tactics you can use, but it’s largely up to you as the player to work out what works out best for you. These Cuisine Royale tips will certainly get you set up and ready to go though!