Everything You Need to Know About War Thunder Ships 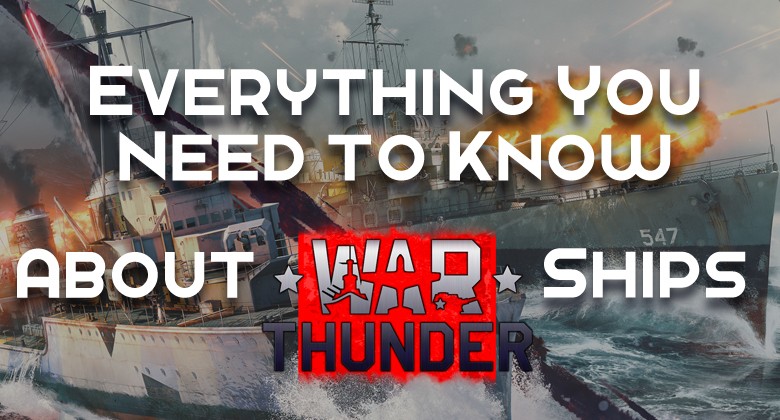 War Thunder, the popular massively multiplayer online military game from Gaijin Entertainment, recently launched their naval expansion. This addition has vastly expanded the scope of the game, providing fleets for four nations across five different types of vessel. With the expansion comes a whole host of new gameplay features, vehicles, and locations, making it an exciting time for the game and its fans. Naval combat has long been a request of the fan base, and it’s great to finally have the content available to play. In this post, we look at everything you need to know about War Thunder Ships, what’s available, and how they impact the game.

Gaijin Entertainment had their naval update in closed beta for a long time. It was important that they got the launch right, as the free to play game has a strong and dedicated fan base that expects a lot. Even with the launch of the Masters of the Sea update (version 1.83), only some of the sea-faring content has seen a general release. The latest patch saw the release of:

Players who don’t have access to the paid beta test servers can enjoy plenty of naval action in the main base game. For example, every player who installs or updates the game now has access to a German, Russian and American light torpedo-boat (or equivalent). From here, you can start exploring the War Thunder ships tech trees, as we’ll see later in the article.

Obviously, the most exciting thing about the Masters of the Sea update is the naval combat. Surprisingly, the action is quite a lot faster than many people expected, particularly in the game’s Arcade setting. Units such as torpedo boats can zip around the waters causing damage. These little ships are equipped with machineguns and torpedoes. The former is not particularly effective when combating other ships, but the latter can take out all kinds of naval units regardless of size.

As expected, ships in War Thunder have controls that are essentially the same as planes and tanks. This means that players can get to grips with the new units with ease. Thankfully, at sea there are fewer obstacles for you to worry about. 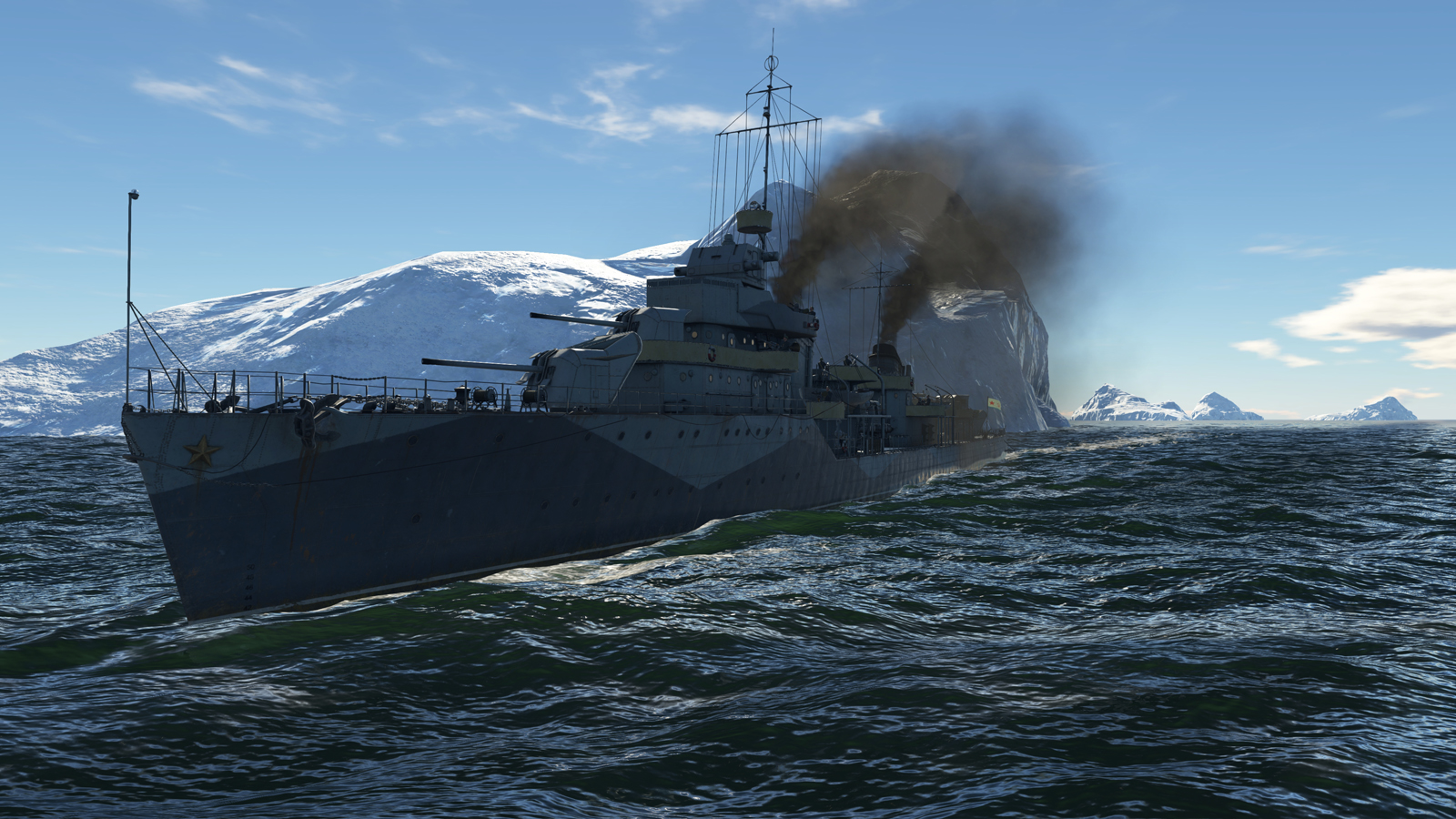 The War Thunder community is already busy outputting skins for the game. The usual sites have a plethora of mods and camouflages available for you to download already. You can find everything from new military liveries to complete re-skins on sites such as live.warthunder.com. For example, you can download one that adds War Thunder sailing ships in place of some of the default units.

Installing these skins is a fairly easy process. We’ve outlined it in a couple of other guides, but we’ll quickly recap it here:

Of course, only you will be able to see these skins in the game. Other players will see the default model.  If you wish to change your vehicle to appear differently for everyone, you’ll have to use the official marketplace. However, this is still quite light on skins for ships, and you’ll have to pay to purchase them. 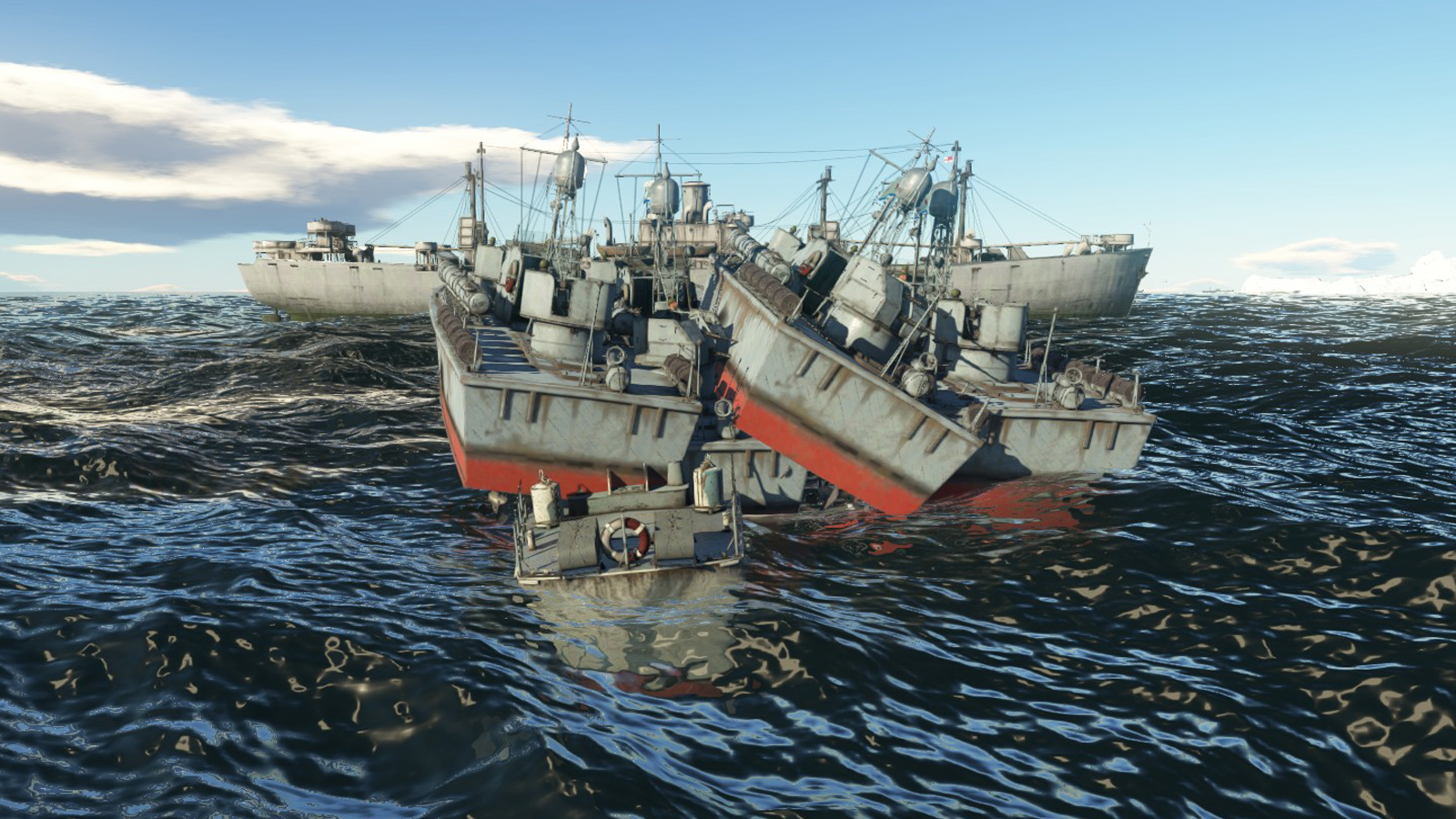 The update has added ships for four different factions in the game:

The latter of these is still in closed beta. The developers also intend on adding ships from Japan at a later date.

Within these four factions, you can find different classes of ships to play and fight with: 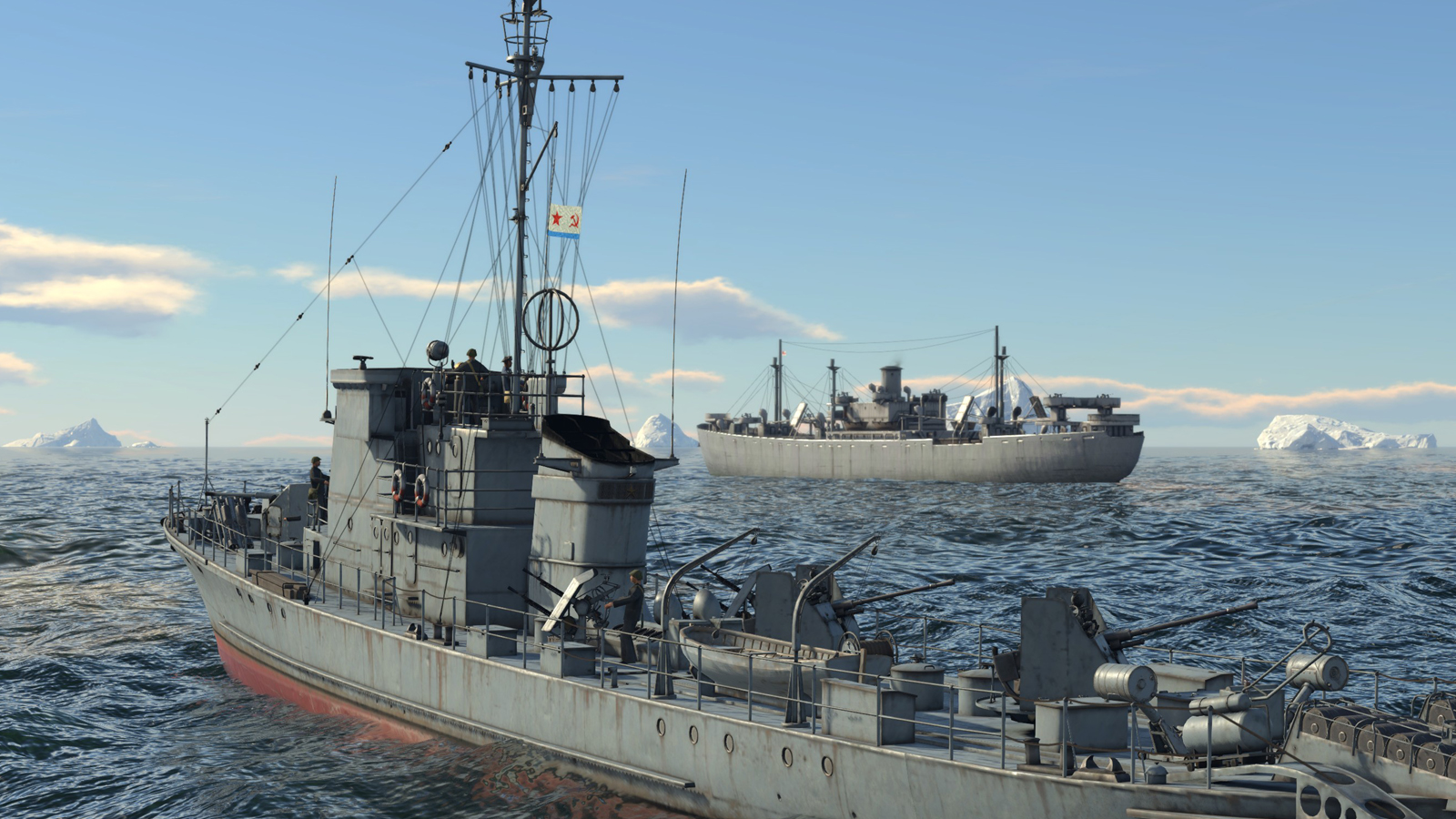 Each of these has its own role in the game’s new combat mechanics, and some have sub-classes for different specialisations. As is usual with War Thunder, the game focuses on historical accuracy in the styling and performance of the vessels.

As you play through and experiment with the different vessels, you’ll be able to get a feel for how they handle and perform in battle. As each nation has its own set of vessels and tech tree to advance them, you’ll need to experiment with what works for you.

The initial release date for the Masters of the Sea update was in October 2018. Patch 1.83 was released on the 23rd and has had various smaller patches since to fix bugs etc. At the same time, closed beta players gained access to the British ships in the game. There is no news yet on when these ships will enter open beta or when Japanese ships will be introduced to War Thunder. However, as soon as we have more details on the War Thunder ships release date we’ll update the article.

As with the air and land units in the game, the naval update saw the introduction of the War Thunder ships tech tree. This is the way that you can progress your tech and improve your units as you play through the game and earn experience.

Progressing through the War Thunder ships tech tree will yield more powerful units that you can deploy in the game. Each nation has its own progression trees for each of the game’s vehicle classes. There are four different ranks for ships, with a selection of researchable vehicles as well as premium vehicles.

You’ll find that you have to balance your progress with the firepower, mobility, and protection that each tech tree level brings. In order to be competitive, you’ll need to consider the benefits and drawbacks that the technology of each nation has. Some will be faster and more manoeuvrable than others, while some will have greater firepower. 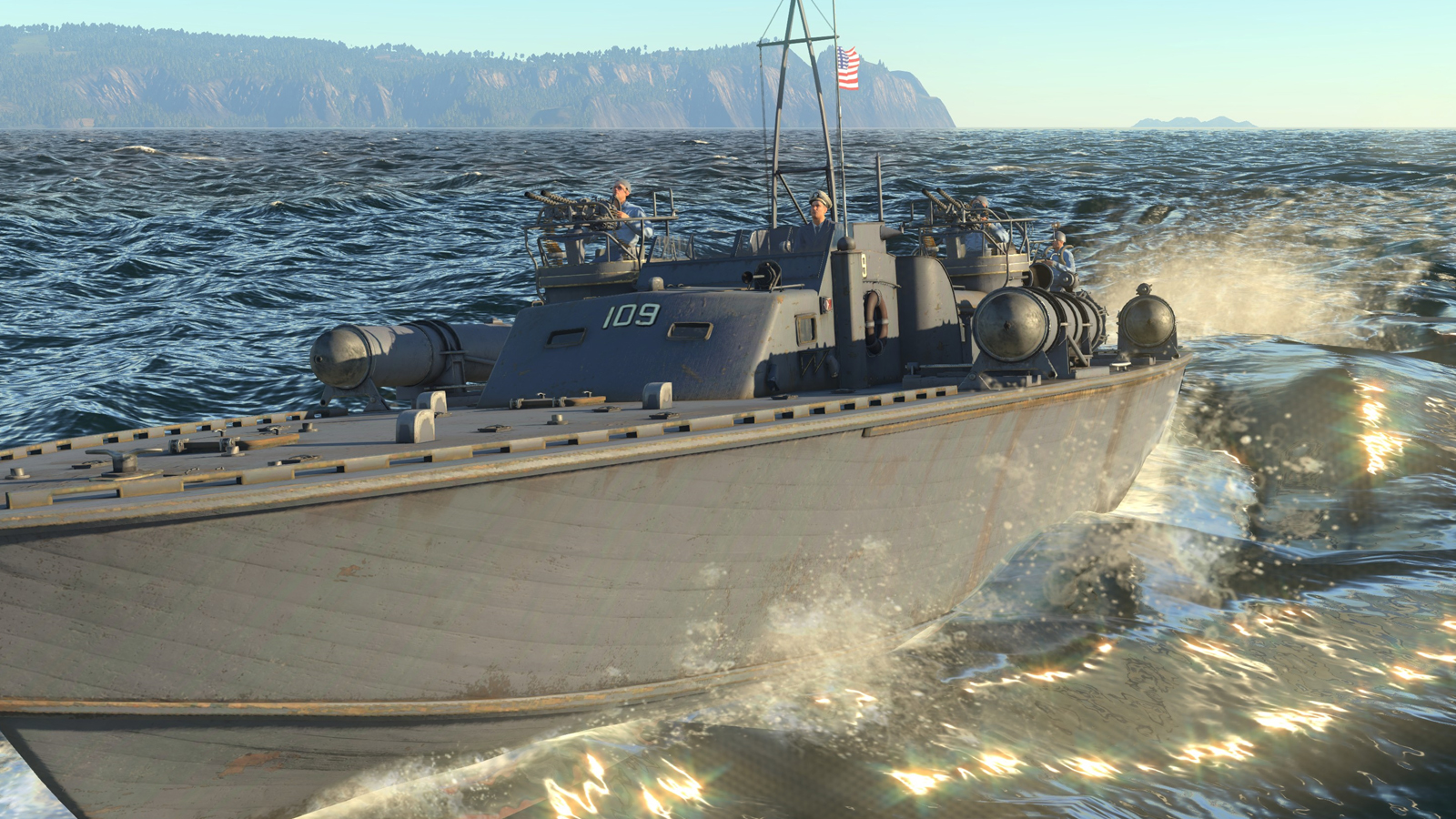 The War Thunder naval update has been in the works for a couple of years now, so it’s good to see the content finally launch to all players. So far, the ships we’ve seen are impressive and fun to play with. Closed beta testers have had a few complaints about the British ships, and hopefully Gaijin Entertainment will listen to these concerns for when they launch them into the main game.

We’re yet to have any details on when we’ll see Japanese ships introduced to War Thunder. Hopefully, it’s sooner rather than later. For now, we’re happy adding War Thunder sailing ships using player skins. As soon as we get news from Gaijin Entertainment about the extra features, we’ll update this article or add a new one.

Naval combat is rewarding and really expands the scope of War Thunder. The various levels that the Masters of the Sea update added were also welcome. We were also impressed with the complexity of the War Thunder ships tech tree; there are various different ways you can progress your fleet, adding an extra layer of complexity to the game.