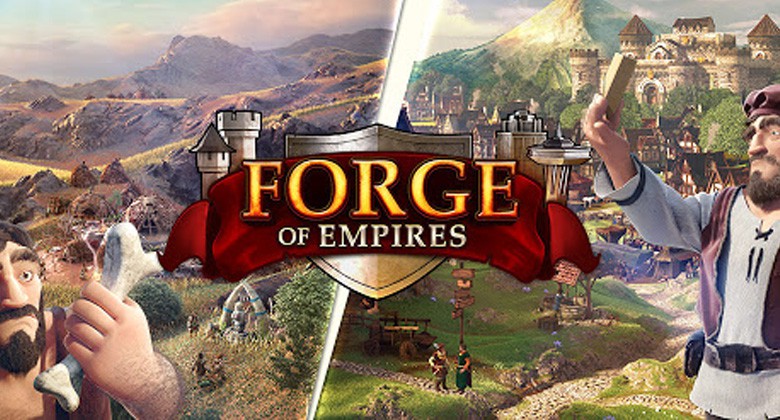 Forge of Empires is a browser-based strategy game from developers InnoGames. Since its launch in 2012, the game has gone on to huge success. Along with attracting some 10 million users in 2013, the game also received launches on iOS and Android devise. Along with turn-based strategy, the city-builder has elements of resource management and combat similar to Clash of Clans. One question often asked about Forge of Empires is how to get medals. We take a look at what medals are, why they’re important, and how you can get your hands on some.

Like many city-building and strategy games, Forge of Empires requires players to balance many different elements. Not only do you have to construct buildings, undertake research and recruit units, but you have to do so while balancing your resources.

There are many different types of resources available in Forge of Empires. Each has its own part to play in the game. These include:

As you can see, there are quite a few different resources to manage if you’re going to advance far in the game.

So, what exactly are medals in Forge of Empires? Well, they’re simply another resource that you can trade for something. In this case, it’s to unlock victory expansions. Unlike regular reward expansions, you can buy victory expansions with medals, making the latter an attractive currency.

With victory expansions, the more you unlock, the more the next one costs. So, if you want to keep expanding your city, you’ll need to keep churning out medals. It’s one of the reasons there are so many searches for ‘Forge of Empires how to get medals.’

Why Medals Are Important

It’s not just victory expansions that medals are used for, although they are probably the most important reasons for collecting them. Medals can also buy you extra attempts for things like Guild Expeditions. These cooperative events require many players to come together, and medals give you extra attempts to complete the quest. Medals are also used as a negotiating method during the expeditions.

For those who play Guild vs Guild events, medals also come in handy. They can unlock defending armies and place sieges when you’re in the All Ages province of the map. And, finally, they used to pay members of certain special goods buildings such as Oceanic Terminal and Arctic Harbour.

Forge of Empires: How to Get Medals – Buildings

There are quite a few ways to collect medals in Forge of Empires. Perhaps the most effective way is through the construction of special buildings. Things like Victory Towers and Gongs of Wisdom produce them automatically, meaning players have to collect them after 24 hours.

Other special buildings may produce medals at random times, such as the Wishing Well. Usually, the amount produced depends on how long the building has been in place. There are also other buildings that produce medals.

Forge of Empires: How to Get Medals – Other Methods

Aside from buildings, there are several other ways to get medals in Forge of Empires. This includes things like quests and daily challenges. Some of these have a fixed amount as rewards, while others are random. Some in-game events also give medals.

If you’re more of a PVP type of player, then you can also gain medals as rewards. Guild Expeditions can often give medals, and PVP tournaments will often reward players who finish in higher positions.