How distance and time work in Travian 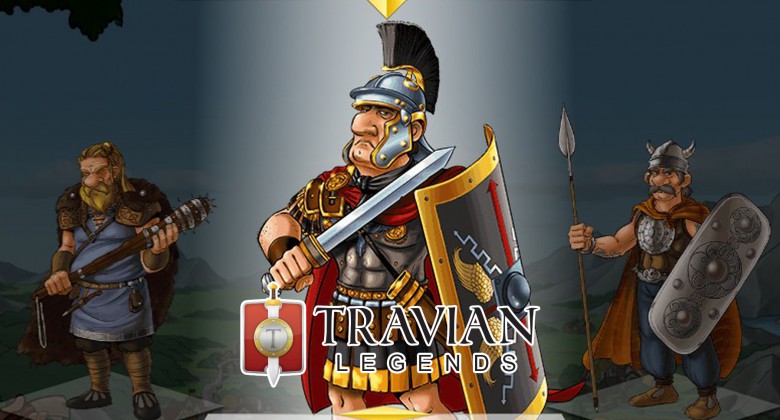 Released in 2004, Travian is a multiplayer, browser-based strategy game set back in Roman times. It’s a really popular game, featuring a peak of 5 million players. You start out in the game as the leader of a small village, surrounded by resource fields. You slowly build up your settlement by developing the fields to produce resources, upgrading and building useful structures and recruiting military units to attack other villages – or defend from attacks! You don’t have to be aggressive the whole time though – trading with other villages is possible if you both have a marketplace. As is obvious, travelling around the map is a key part of the game. This of course takes time, and you may have to travel some considerable distances too, so one of the most frequent questions asked about Travian is how distance and time work. Read on to find out how distance and time work in Travian.

Distance and Time in Travian

Travian is a real-time game. This means that when troops or merchants travel from one place to another, it takes actual time to get there. They are designated distinct movement speeds, which determines how long you must wait for the action to occur. Each different tribe has different speeds per unit – for instance, a Teuton merchant moves at a speed of 12 fields per hour, and a Gallic merchant moves at a speed of 24 fields an hour. With six different tribes to choose from, and each tribe possessing multiple different types of troop, calculating the distance and time in Travian can be a bit of a headache. One thing that a lot of fans of the game have created is a Travian speed calculator. This speed calculator can be really useful in telling you how long it will take your selected unit to travel to your selected destination and back again. You can also change the parameters in your selected Travian speed calculator, so as to dictate the speed of the unit, the level, even the types of boots.

The Travian map is set up in quite a straight forward manner. The map is divided into ‘fields’ of a set distance. These ‘fields’, in turn, have an X axis and a Y axis, with coordinates found at the borders. In Travian, coordinates are written in the form of (X|Y) – for example, (0|0) is the center of the board. The center of the board is always occupied by a Multihunter village. Multihunter villages are effectively there to enforce Travian rules in each server. The furthest (or highest number) you can go is 400 – for instance (400|0) is the very farthest eastern edge of the map, (-400|0) is the western edge, (0|400) is the northern edge and the southern edge is (0|-400). At (400|400) you can find the Natars’ capital village too.

Villages and oases are located on this gameboard, usually at fixed coordinates. Oases are pre-allocated when the world is generated, whereas villages can be built and destroyed at any point. The distance between two villages, or even the distance between a village and an oasis, can be determined by using Pythagoras’ theorem! Let’s get into the math, and sort of figure out our own Travian speed calculator.

Say a village is located at (23|-17), and you want to get to a village at (-3|4). The horizontal distance between them is 26 fields, and the vertical distance is 21. Using the Pythagorean theorem, we can work out that the distance between them is about 33.42 fields. So using the example of the Teuton merchant, who travels at 12 fields per hour, we can work out that it will take about 2 hours 47 minutes for him to reach the other village. Remember that this is only one way too – he’s got to come back as well! Using the example of the Gallic merchant, who moves at a much quicker pace than the Teuton merchant (a whopping 24 fields an hour!) we can work out that to go from one village to the other, it would take him 1 hour 23 minutes. In the game, Travian has the travel time written out in seconds – so the Teuton merchant would take 10,026 seconds, and the Gallic merchant would take 5,013 seconds.

There’s lots of different Travian speed calculators to be found online, some of them more complex than others. They offer up the choice of unit, the coordinates for the start and end point, and then from all of that, they calculate the time it will take as well as the overall distance. Knowing these things can really help you plan out a course of action, with regard to either trading with other villages or invading and conquering. So get planning, and whilst you’re on the way to another village, make sure you’ve got something else to occupy your time!